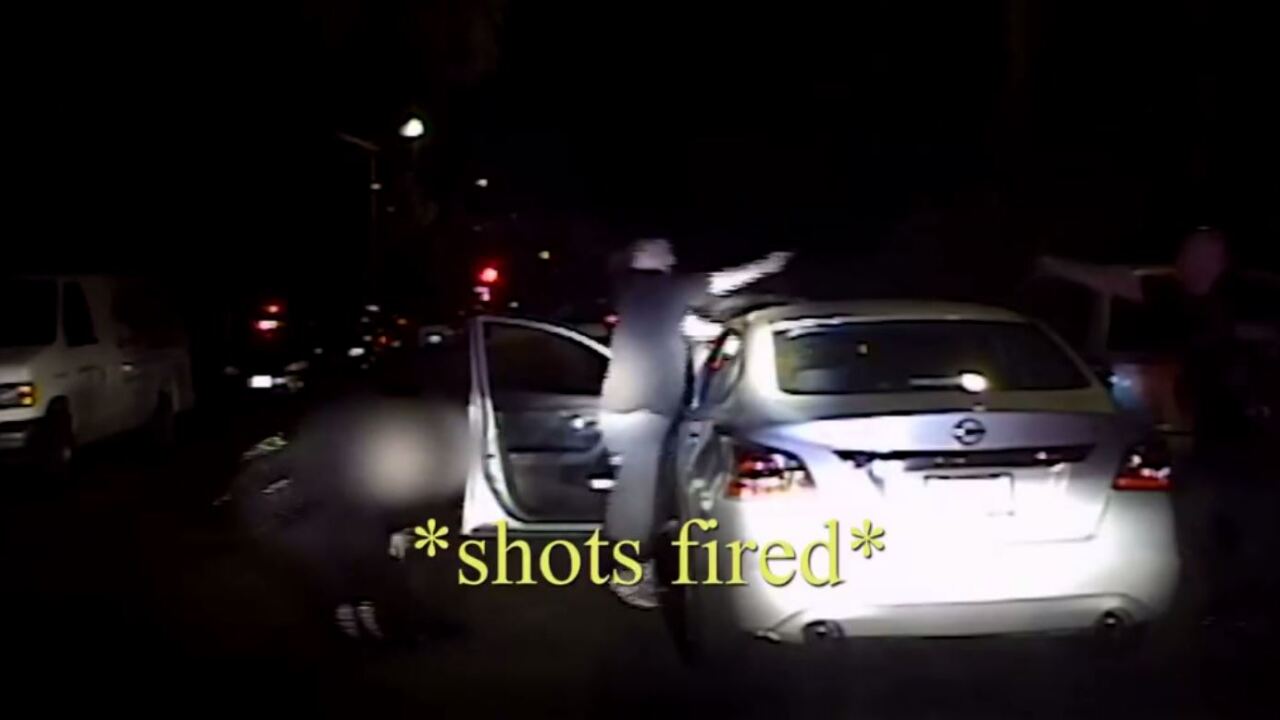 Warning: This video contains content which some may find graphic or disturbing. Viewer discretion is advised.

LOS ANGELES -- The LAPD released bodycam footage Monday of an officer being shot close-range by a suspect who was on felony probation.

The footage came from an incident that occurred on July 27. Officers approached the car of an individual, later identified by the LAPD as Richard Mendoza, and confirmed that he was on Federal Probation. At that point, officers requested that Mendoza exit his vehicle.

"When he did so, Mendoza produced a semiautomatic pistol and, without warning, began firing rounds at the officers, resulting in an Officer Involved Shooting," the LAPD wrote.

A female officer was struck by one of the rounds fired by Mendoza. The officer received medical care on-scene by the Los Angeles Fire Department (LAFD) and was transported to the hospital where she was treated for non-life threatening injuries.

"Mendoza was struck by gunfire. LAFD Rescue Ambulance transported Mendoza to a local hospital, where he remains in critical condition," LAPD said.

Officers located and recovered a .380 caliber semiautomatic pistol from the scene.