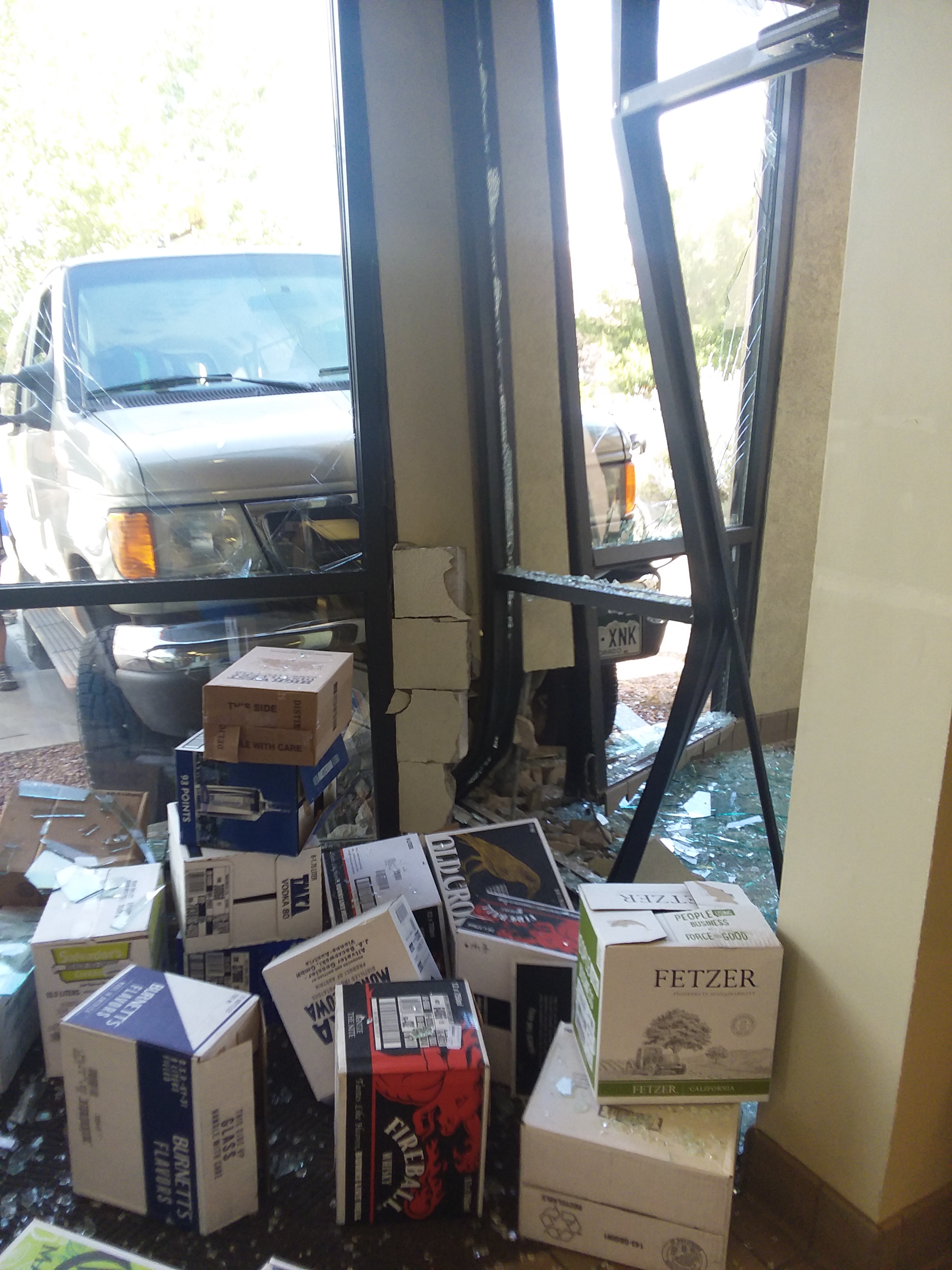 MOAB, Utah — The State Liquor Store in Moab will close for a few days after a van crashed into the storefront.

According to a spokesman for the Utah Division of Alcoholic Beverage Control, the crash happened Monday around 11:35 a.m.

“The driver said he must have forgotten to put the vehicle in park.  No one was hurt, including the driver and store employees,” a statement from DABC said.

The store will continue to fill orders for licensees, restaurants and bars in the area.

Officials with the Utah Division of Facilities Construction and Management and a consulting engineer have inspected the building and determined the building is structurally sound and repairs should proceed. The store is expected to reopen by Friday morning, possibly Thursday afternoon.

“These are smaller, privately contracted stores under the auspices of DABC and following the liquor laws of Utah,” a statement from DABC said.

The nearest Utah State Liquor Store is in Price, about 115 miles from Moab.

It does not appear the van driver was under the influence, the DABC spokesman said.