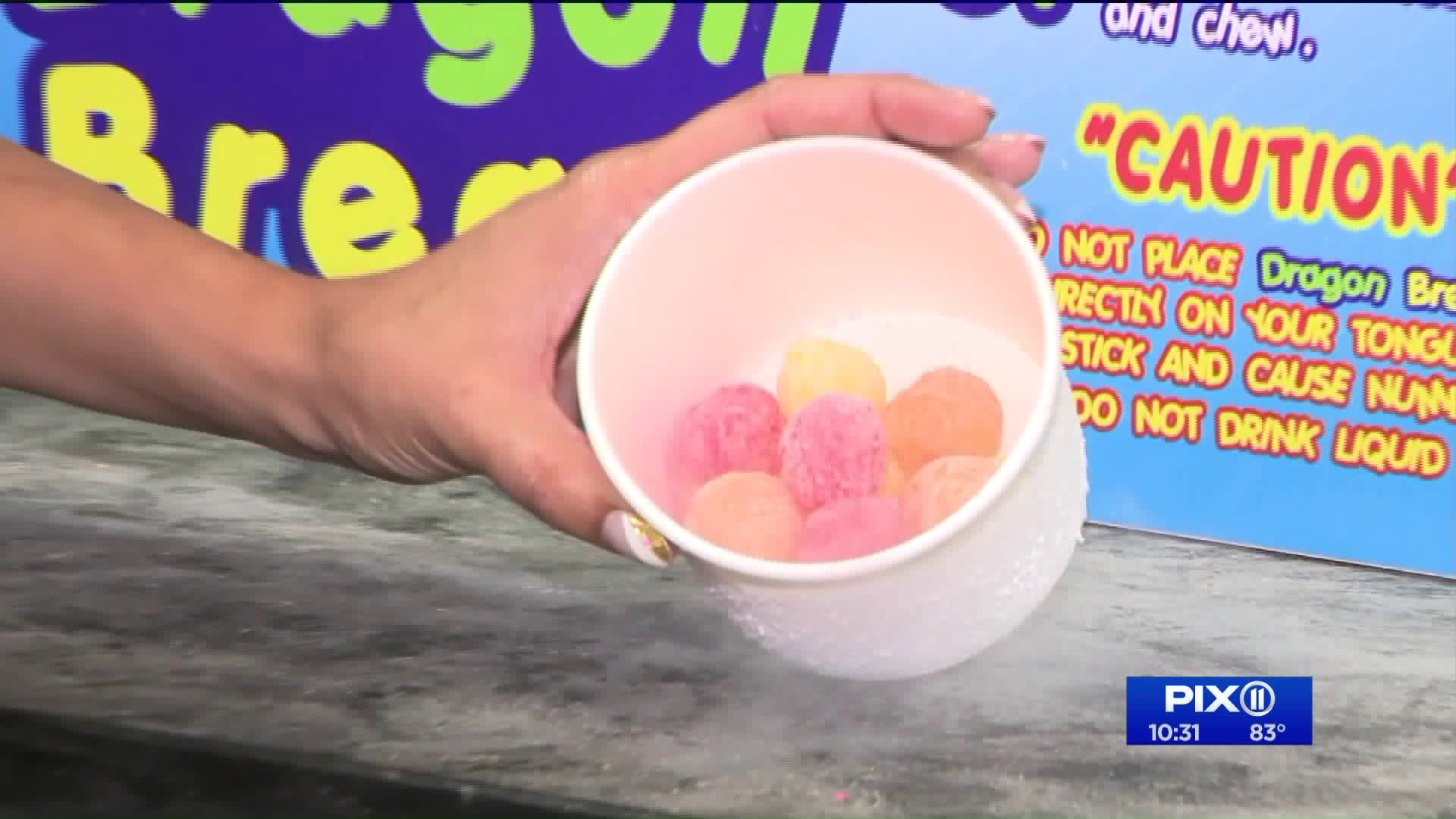 It`s called Dragon`s Breath, Heaven`s Breath or Nitro Puff and it`s all over social media, but now there are some serious health warnings about the cold treat everyone`s been after this hot summer. The New Jersey Poison Control Center has received an increase in calls about the treat in the last six months.

WASHINGTON – The U.S. Food and Drug Administration is warning people to avoid eating, drinking or handling foods prepared with liquid nitrogen just before they are sold.

According to the FDA, liquid nitrogen can cause severe damage to skin and internal organs if mishandled or accidentally ingested due to the extremely low temperatures it can maintain.

“When you eat something that is extremely cold, I'm talking much colder than ice cream, you're going to get a frostbite-type injury,” Executive Director of the New Jersey Poison Control Center Dr. Diane Calello told WPIX.

The FDA says inhaling the vapor released by a food or drink prepared with the substance immediately before consumption may also cause breathing difficulty, especially among individuals with asthma.

“Injuries have occurred from handling or eating products prepared by adding liquid nitrogen immediately before consumption, even after the liquid nitrogen has fully evaporated due to the extremely low temperature of the food,” said the FDA in a press release.

These products are often marketed under the names "Dragon’s Breath," "Heaven’s Breath," "nitro puff," among other names. The FDA says the products may be found in malls, food courts, kiosks, state or local fairs, and other food retail locations.

In general, the FDA says other foods treated with liquid nitrogen, like some frozen confections, aren't dangerous because they aren't so cold by the time they get to the consumer.

Those who have been injured through the consumption of liquid nitrogen should contact their healthcare professional. Consumers should also consider reporting their injury to MedWatch.