UPDATE 8:44 p.m. Thursday: The Rosecrest fire is 100 percent contained. Only 67 acres burned total. It is unknown at this time if the homeowner who accidentally started the fire will face charges.

UPDATE: As of Thursday afternoon, the Rosecrest fire is 50 percent contained and all associated restrictions have been lifted.

No homes are threatened, and crews expect to achieve full containment by the end of Thursday.

A total of 67 acres has burned so far.

At one point the fire threatened 20-30 homes and forced evacuations. But as of Wednesday night, fire officials said homes are no longer threatened and evacuations will lift at 9 p.m.

Unified Fire Authority crews will remain on the scene overnight and continue working in the morning. UFA hopes to have full containment of the fire Thursday.

According to UFA, 60 firefighters from multiple agencies responded to contain the blaze, which started about 2:45 p.m. Aerial crews used both helicopters and planes to drop water and fire retardant on the fire.

"Homes are being protected by fire engines that stay with the home to ensure that fire does not come within reach of burning it," a Facebook post from UFA said.

A few out buildings, including sheds and a camper burned in the fire. 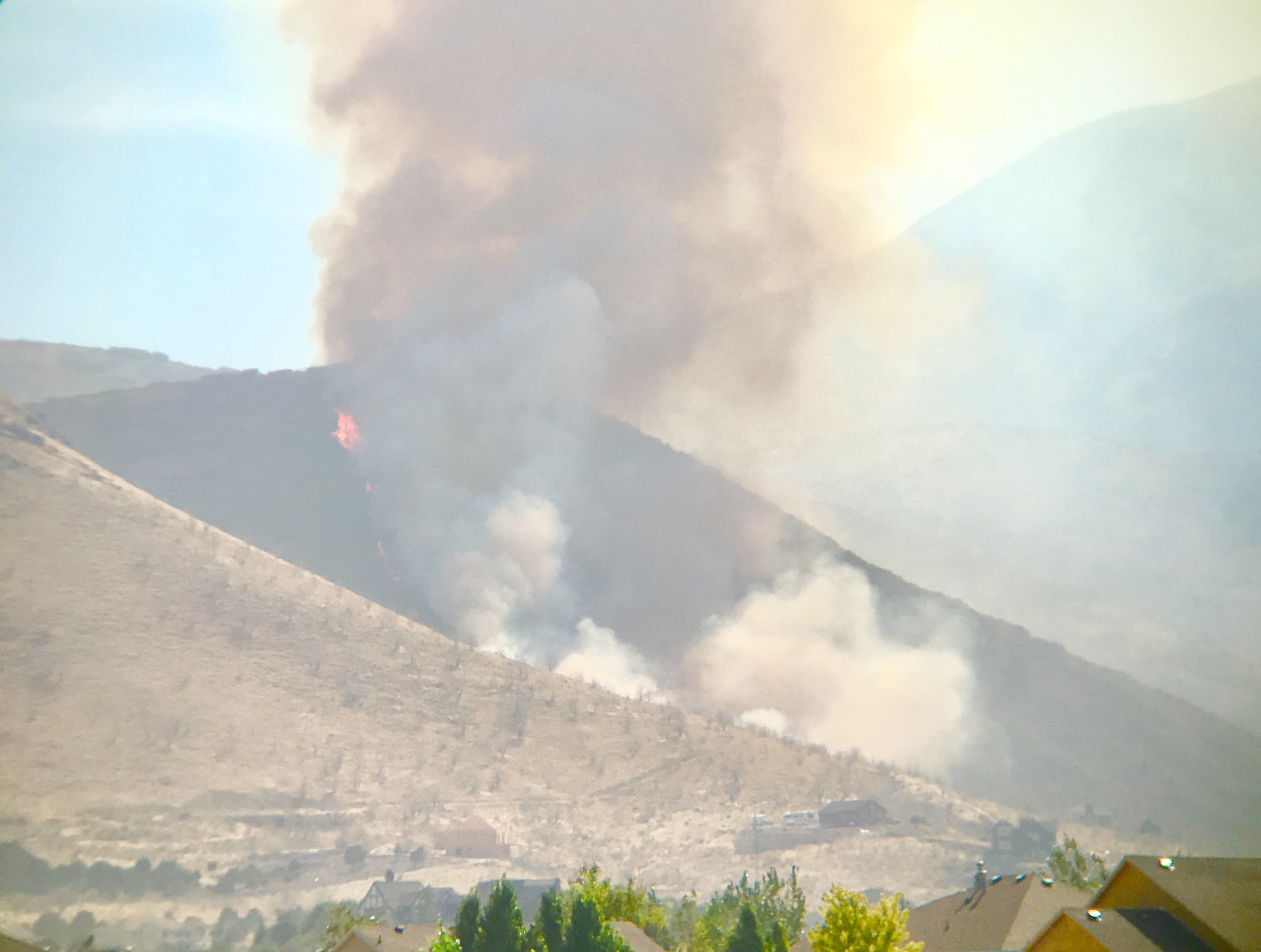 Herriman City initially tweeted that some elementary school students who normally ride the bus will be kept at school until a parent or emergency contact can pick them up.

According to a Facebook post from Herriman City Facebook, officials with the Red Cross will be at Butterfield Elementary to assist people who were evacuated from their homes.

Salt Lake County Animal Services is offering assistance for those who need help with their animals.

Students that attend Butterfield Canyon Elementary that live in High Country 2, and ride bus 1491, will be kept at the school until their parents or emergency contact picks them up.