TOOELE, Utah -- A school rivalry was taken too far after police said an act of vandalism caused hundreds of dollars in damages at Tooele High School.

It’s a mess, in what appears to be Stansbury Stallion colored blue paint.

“A rivalry’s a good thing,” said Sergeant Jeremy Hansen with the Tooele City Police Department. “Damaging another school’s property or somebody else’s property is never acceptable."

At Tooele High School Friday morning, you would have seen a seemingly ruined school championship rock, paint splattered down football field steps, the letters ‘SHS’ painted on the top stair and a nearly 30-foot tall ‘S’ painted in the middle of the field.

“Tooele High School is actively trying to clean up their school and their football field before the game tonight,” said Hansen. THS is scheduled to play rivals, Stansbury High School, in a regular season home game Friday night.

The school has since worked to reclaim those steps, covering the blue spatters in a purple paint.

They also power washed their championship rock and got rid of the giant "S" taking over the football field, putting a purple "T" in its place.

“They have every custodian out there working as hard as they can,” Hansen said.

It may have seemed like an easy and quick fix but the school district isn't taking this "rivalry prank" lightly.

Tooele County School District sent out a statement, which reads:

“Last night the Tooele High School football field was vandalized with blue paint in what was likely a rivalry prank. THS and Stansbury High School will compete tonight in a regular season football game. We encourage healthy competition, but vandalism will not be tolerated. Police are currently investigating the crime.”

Police are confident they will be able to locate the people behind this.

“We collected some evidence at the scene and we’re also looking at some possible video evidence,” said Hansen.

They said the person responsible could be in some serious trouble.

“They would more than likely be referred up to juvenile court for vandalism,” Hansen said.

Photos of the vandalism can be seen below: 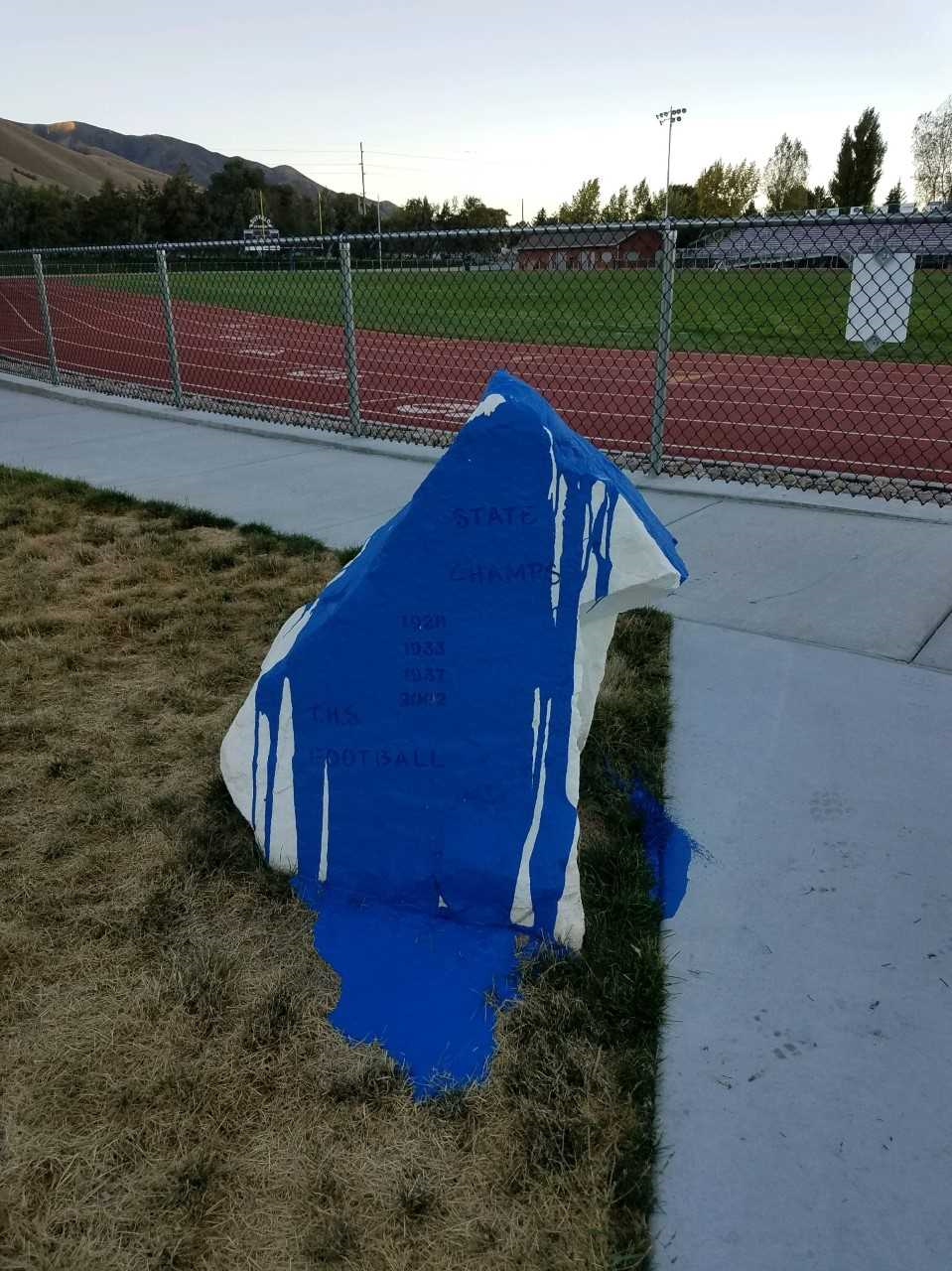