Grayson Beck, a senior at Westlake High School in Saratoga Springs, placed a poster on the porch of a friend to ask her to homecoming.

Somehow that poster blew away and ended up a few blocks down in front of the Pyfer family home.

The winds of change apparently had something else in mind for Beck. Instead of not getting a date for homecoming, he unintentionally reached out to someone else, who he ended up asking.

But then Grayson found out that Pyfer’s daughter Bria– who is in the same grade as him at Westlake High– also didn’t have a date.

Her reason was a little different.

“We moved here about three months ago,” Bria explained. “I was new to the school and, my senior year, so I didn’t really know anyone.”

“She wasn’t really expecting anyone to take her to homecoming,” Grayson said.

He got an idea, and his friends helped him create a new poster to bring over the Pyfer porch.

To read the full story on how the two teens found the sails on their boats blowing toward each other, click here.

Photos of the homecoming can be seen below: 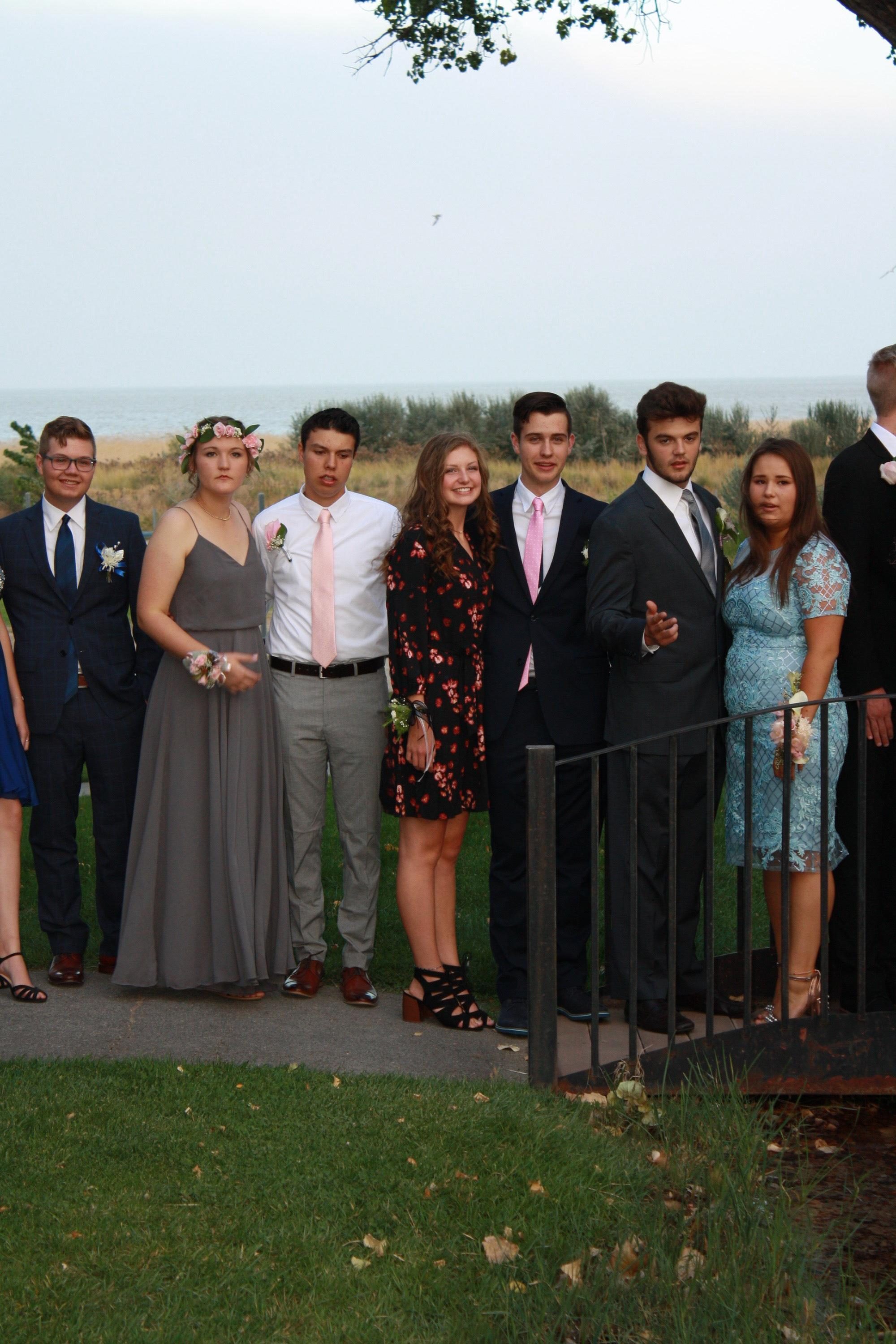