OREM, Utah — A homeowner received quite a shock when he came home to find a car inside his living room.

Ryan Yardley said he received a call from his ex-wife around 3 o’clock Thursday afternoon, asking if he was OK and letting him know about what happened.

Yardley rushed to his house and couldn’t believe his eyes.

“Basically, I was kind of in shock,” Yardley said.

Orem Police said the man who was driving the car tried to run away but was eventually caught.  Yardley believes his neighbor is the person responsible.

He had spoken with the man earlier in the day and never thought that conversation would escalate into something so serious.

“He was acting a little off, but I didn’t think he would drive a car through my house,” Yardley said.

Yardley is thankful his two children weren’t home and nobody was injured.

“It brings you down to earth.  It makes you think of what is important,” Yardley said.  “I got two little kids, 2 and 4.  I got them every weekend and I’m just glad they weren’t here.”

Orem police tell FOX13 they are still determining the charges the driver will face. 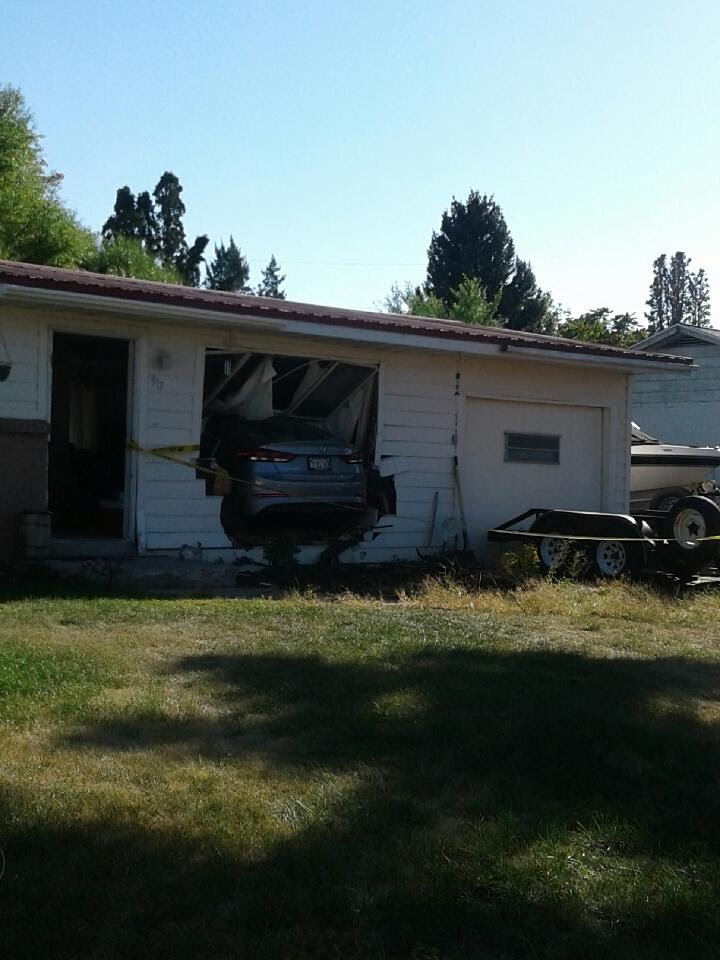