Anita Hill made allegations of sexual harassment against Justice Clarence Thomas prior to him being confirmed to the Supreme Court.

Her talk at the University of Utah focussed on her experience. She also added her thoughts on the Supreme Court nomination process of Judge Brett Kavanaugh.

Kavanaugh is facing allegations of sexual misconduct. Kavanaugh and his first accuser, Dr. Blasey Ford will testify in front of the committee Thursday.

While Hill did not compare the two situations, she said, “Access to civil rights for all is what was at stake in 1991 and it is what is at stake today.”

She recalled her experience being grilled by Sen. Orrin Hatch (R-Utah). Hill claimed Hatch was trying to insinuate that women are evil, when he waved a copy of The Exorcist at her while she was testifying 27 years ago.

Hill is not confident the hearing involving Judge Kavanaugh will be fair to Ford because an investigation hasn’t been completed. She labeled it as a “mockery” that is being set up as “a he said, she said situation.”

The law professor concluded her remarks by asking the standing room only audience, “what will you do if conclusions are reached that are not to your liking?”

Many who listened to Hill’s remarks thought they were impactful, especially in the current political climate.

“Given the circumstances and the way that things may play out tomorrow, who knows what the situation will end up being,” said Ayana Amaechi, a sophomore at the University of Utah. “I think that her emphasizing that there still needs to be work, that is a progress report and that this isn’t the final paper yet was big.”

This talk was scheduled months ago. It is a pure coincidence that it took place the night before the hearing involving the sexual misconduct allegations against Kavanaugh. 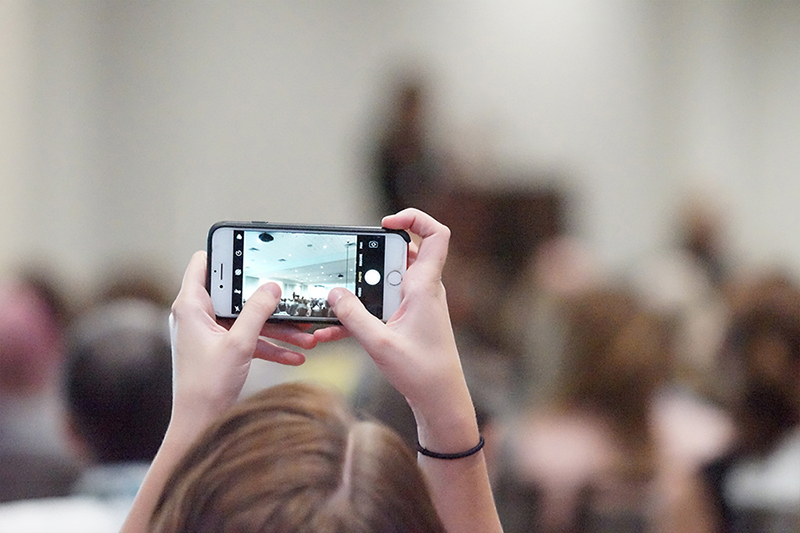