Residents band together, National Guard activated ahead of potential flooding in Utah County

Both Elk Ridge and nearby Woodland Hills are bracing for Mother Nature once again, just a couple weeks after evacuating due to the threat of wildfire.

She along with dozens of other neighbors, helped shovel sand into bags Monday afternoon, which were then placed along roads and around homes.

"Just trying to keep the homes safe, so nobody loses anything," she said. Andrew Adams said he received a text from the city to come help fill bags.

Homeowners like Robert Wyckhuyse, who lives in Loafer Canyon, said he knew to brace for spring runoff. But not flooding during the fall.

"We did not expect it to be this time, right now this early," he said.

He pointed to sandbags around his home and said he was concerned about water going down into his basement.

The sandbags and concrete barriers have created a path that would divert water away from homes.

"The idea is, that we're going to have water coming down the backside," explained Elk Ridge resident LaRon Taylor, as he pointed up the canyon. "We're trying to keep it out in the road."

It's a strategy they hope works, and residents said they're keeping up their spirits as they work together with their neighbors.

"It's been tremendously bonding," Mike Riley said, as he threw sandbags onto a flatbed trailer.

"Look at all these people," Laguna-Bates said, in between shoveling sand. "It's just amazing."
After Monday's activation, the Utah National Guard said soldiers will assemble at the Spanish Fork armory Tuesday morning to begin helping where needed.
Governor Gary Herbert released the following statement on the activation:

"Members of the National Guard will lend crucial support by building flood berms, placing Jersey barriers, and strategically placing sandbags to guard communities from potential flash flooding. Following these devastating wildfires, there is increased danger of flooding. With heavy rains headed toward Utah, flash flooding is a risk for these communities. In this instance, I would much rather be safe than sorry, and we are putting strong protections in place."

Sgt. Spencer Cannon with the Utah County Sheriff's Office said that mandatory evacuations for Covered Bridge Canyon will be lifted Monday at 7:00 p.m. ahead of possible flooding in the area.

The Utah County Sheriff urged residents to use the following precautions during possible flooding over the next several days. 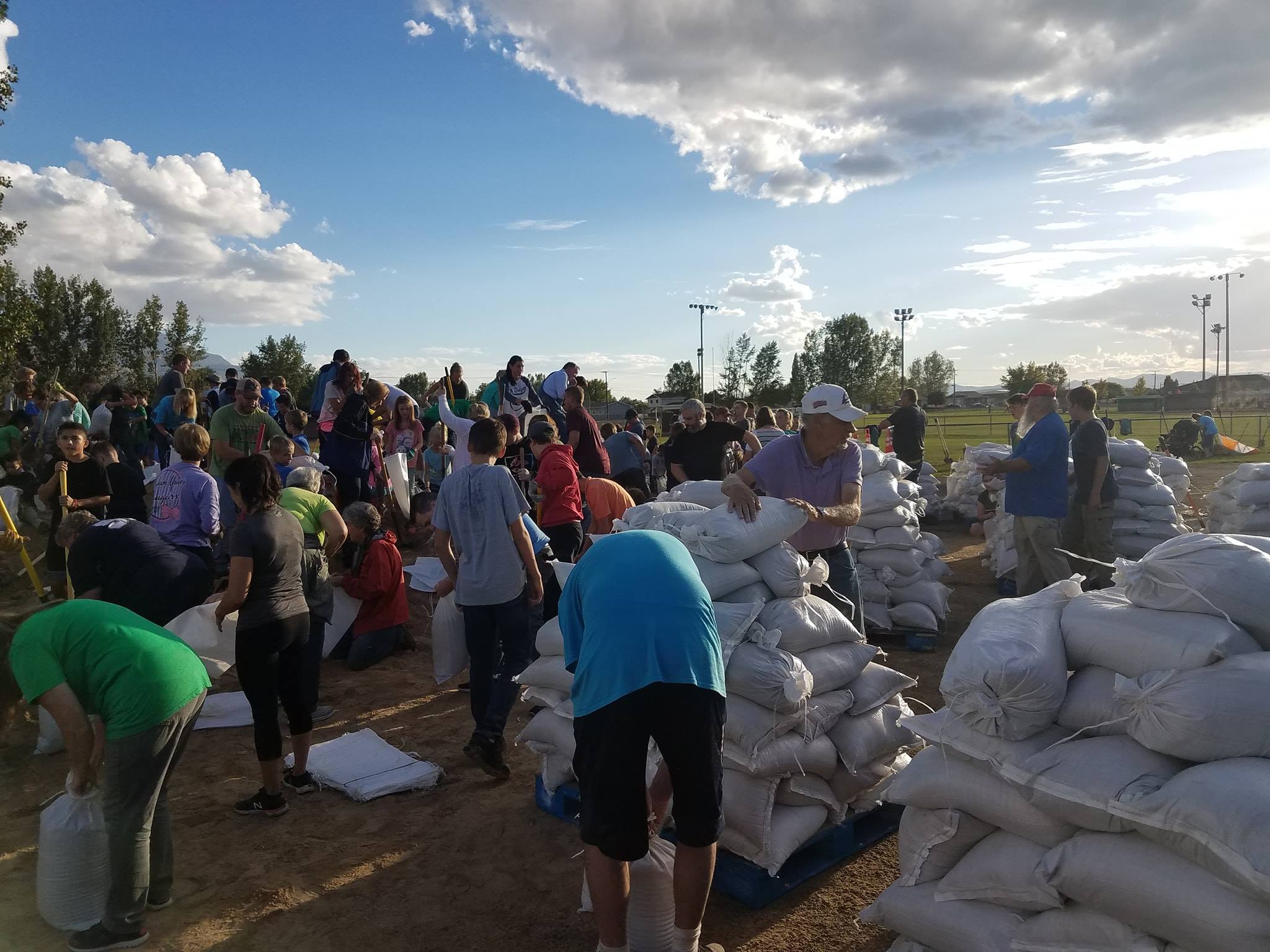