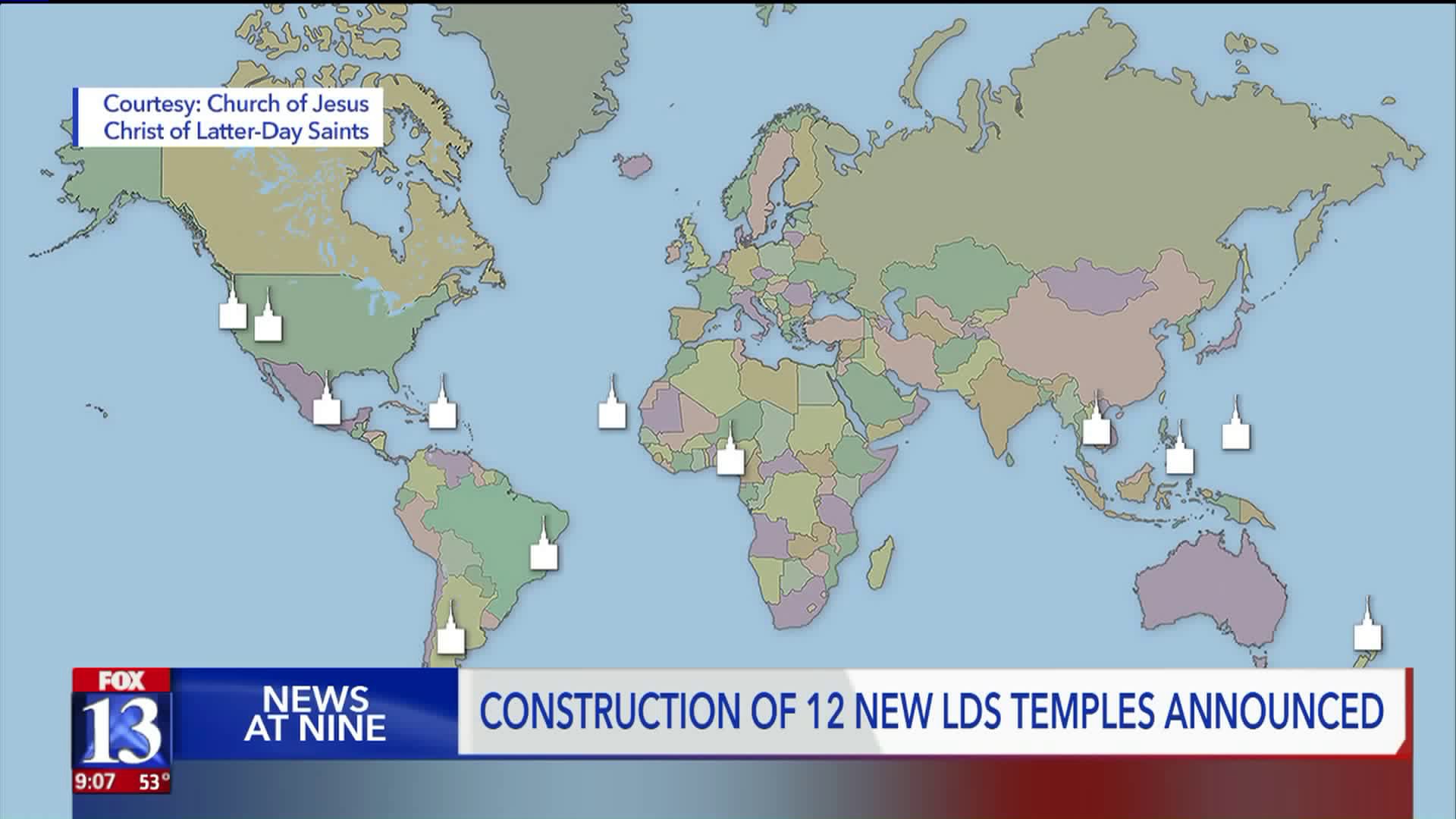 The new temples will be in the following locations:

When completed, the total number of temples in operation by the LDS Church will total 201 worldwide.

“Building and maintaining temples may not change your life, but spending your time in the temple surely will,” President Nelson said. “To those who have long been absent from the temple, I encourage you to prepare and return as soon as possible."

“With the passage of time, temples are inevitably in need of refreshing and renewal. To that end, plans are now being made to renovate and update the Salt Lake Temple and other pioneer generation temples,” Nelson said. “Details on these projects will be shared as they are developed.”