GARDEN CITY, Utah — The driver of a semi truck who was injured after crashing into a building in Garden City Wednesday night has died.

The driver and passenger were taken to a Logan hospital in critical condition after crashing into a sporting goods store around 6:30 p.m. Wednesday night.

Utah Highway Patrol confirmed Thursday morning the driver died from injuries suffered in the crash. He was identified as 31-year-old Ahmed M. Abdelgader of Omaha, Nebraska.

According to Sergeant Cade Brenchley with Utah Highway Patrol, the semi was headed north on US-89 when it blew past a stop sign, seemingly unable to stop.

According to UHP, there were reports that the semi was driving recklessly through the canyon. The driver tried to turn right onto SR-30, but UHP believes excessive speed caused it to roll on its side and slide into Pugstones Sporting Goods.

Survellance video from a Shell gas station across the street captured the impact on camera.

A clerk at the gas station didn't see the truck crash into the building, but he heard and felt it.

"Like thunder, large rumble, vibrations through the whole building, basically," described Kaileb Preston, who was working the cash register when the crash happened.

Nobody in the sporting goods store was injured, but the building is no longer structurally safe because of the damage.

UHP believes this could have been a much more serious tragedy.

"Had this been in the middle of the summer, this could have been catastrophic," said Sgt. Brenchley. "There is hundreds, thousands of people milling about during the summer."

Bad weather prevented officials from transporting the driver and passenger with Life Flight. Instead, they had to be driven to Logan. 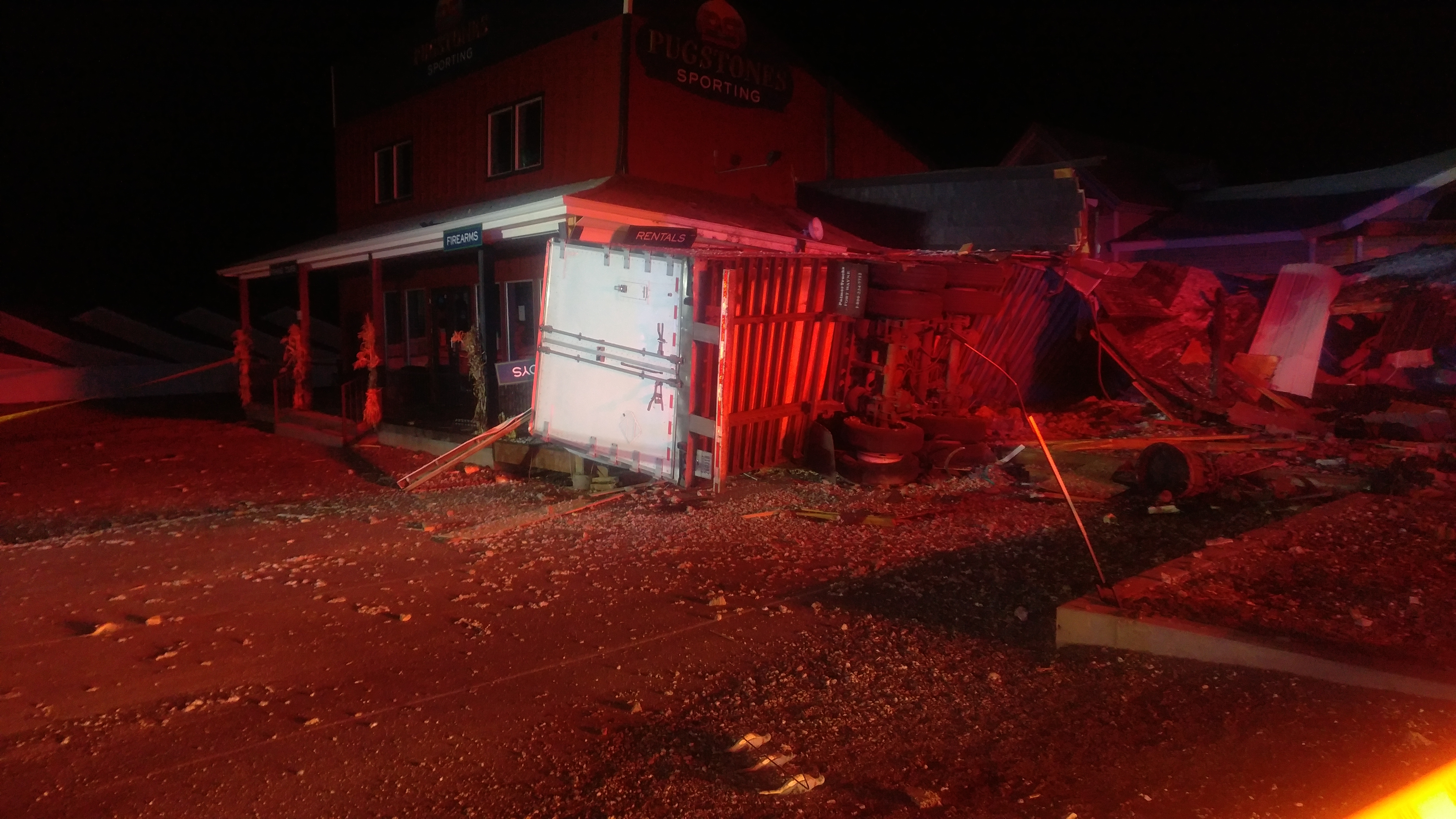