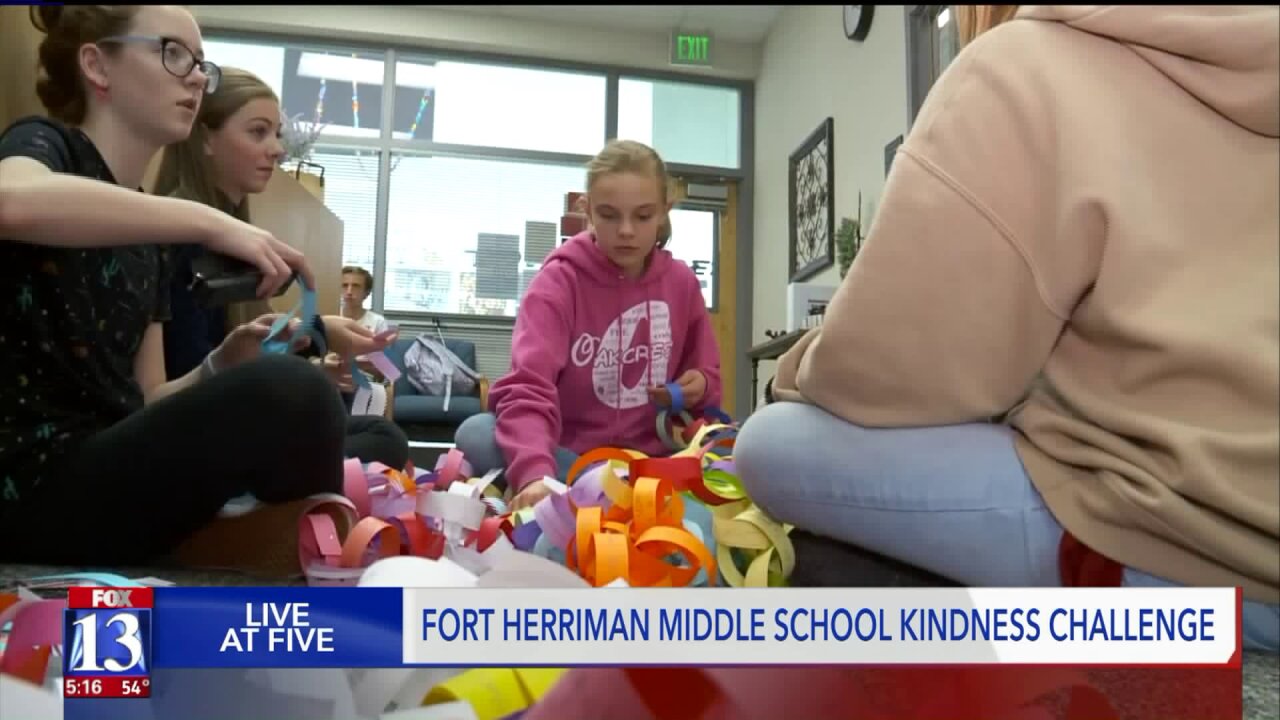 HERRIMAN, Utah — A middle school in the Jordan School District is addressing bullying head on with a campaign they call "Choose Kindness."

Each month, the counselors at Fort Herriman Middle School encourage students to take on a challenge centered around being nice to one another. This month's challenge is called "the mile of kindness."

After doing a simple act of kindness, the students write it down on a colorful strip of paper. They staple them together to create a chain, with the goal of creating a mile-long chain by the end of the week.

Counselor Ally Barson came up with the idea after seeing a lot of students come into the office complaining about bullying.

"We wanted to change the culture of the school," Barson said.

Students like ninth-graders Lindsay Anderson and Solomon Slater have been embracing the challenge with open arms.

"Middle school is really hard for a lot of people and we want to make everyone feel welcomed and happy here," Lindsay said.

Barson said she was nervous at first, because the project seemed to start out slow.

"I was actually a little bit nervous after the first day because we didn’t get quite as many as I expected and I thought over time it would kind of dissipate a little bit but actually the opposite happened," she said. "As they started doing it, it kept gaining momentum."

The acts of kindness are often simple and sometimes silly.

"Somebody wrote down that they ate an ant and thanked god for their meal. That was the weirdest one we’ve found so far," Solomon said.

Every once in a while, they're life changing.

"There was one that we were just looking at that said I stood up to a bully. There was another one that said I sat by a kid that was alone at lunch," Barson said.

Barson said the project is teaching student an invaluable lesson.

"Give them the opportunity to be kind to one another and to see what that even looks like."

It's a half mile around the school campus so when the project is done and the weather cooperates, the students plan to take the mile long chain of kindness and wrap it around Fort Herriman Middle School twice.