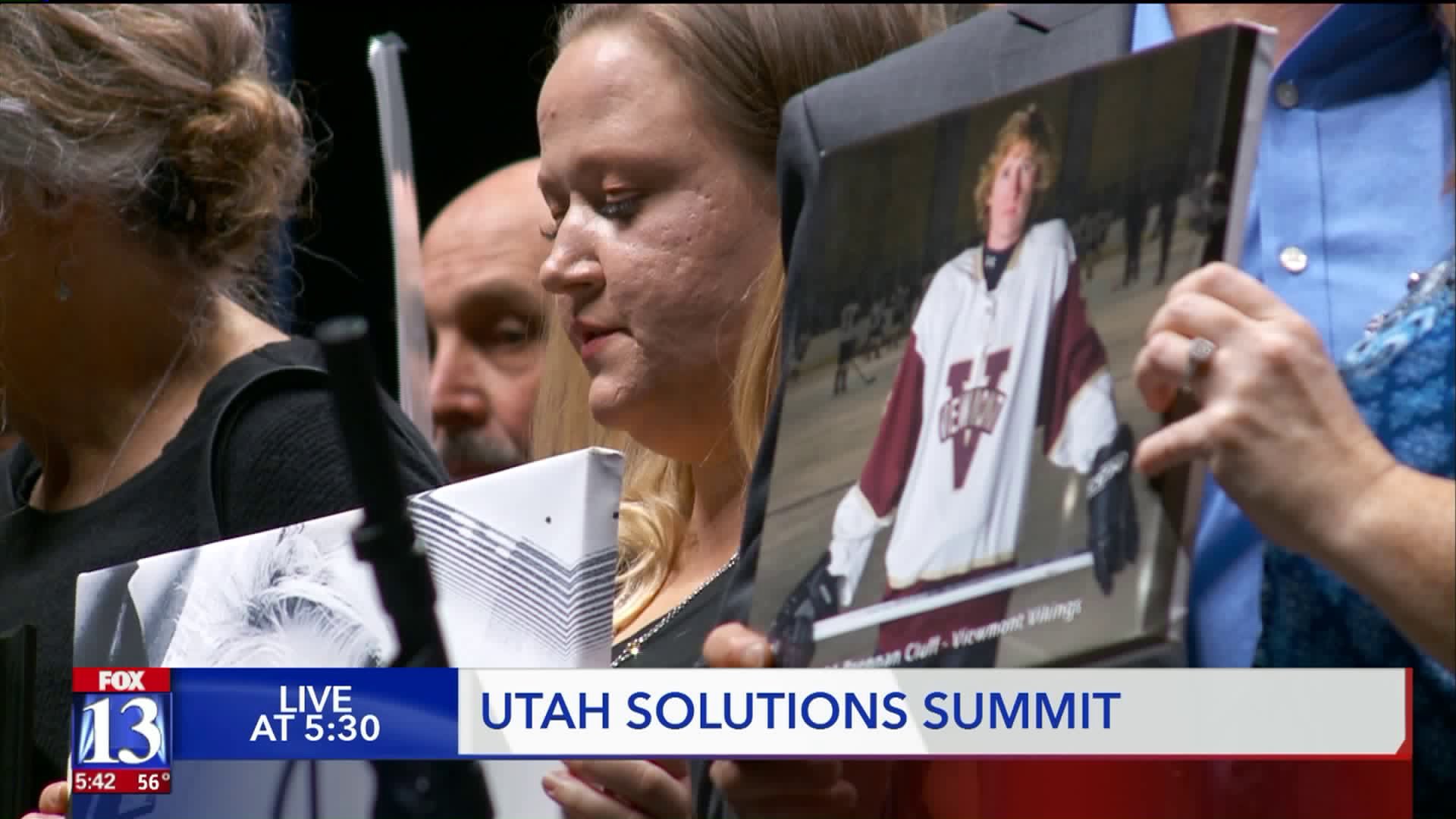 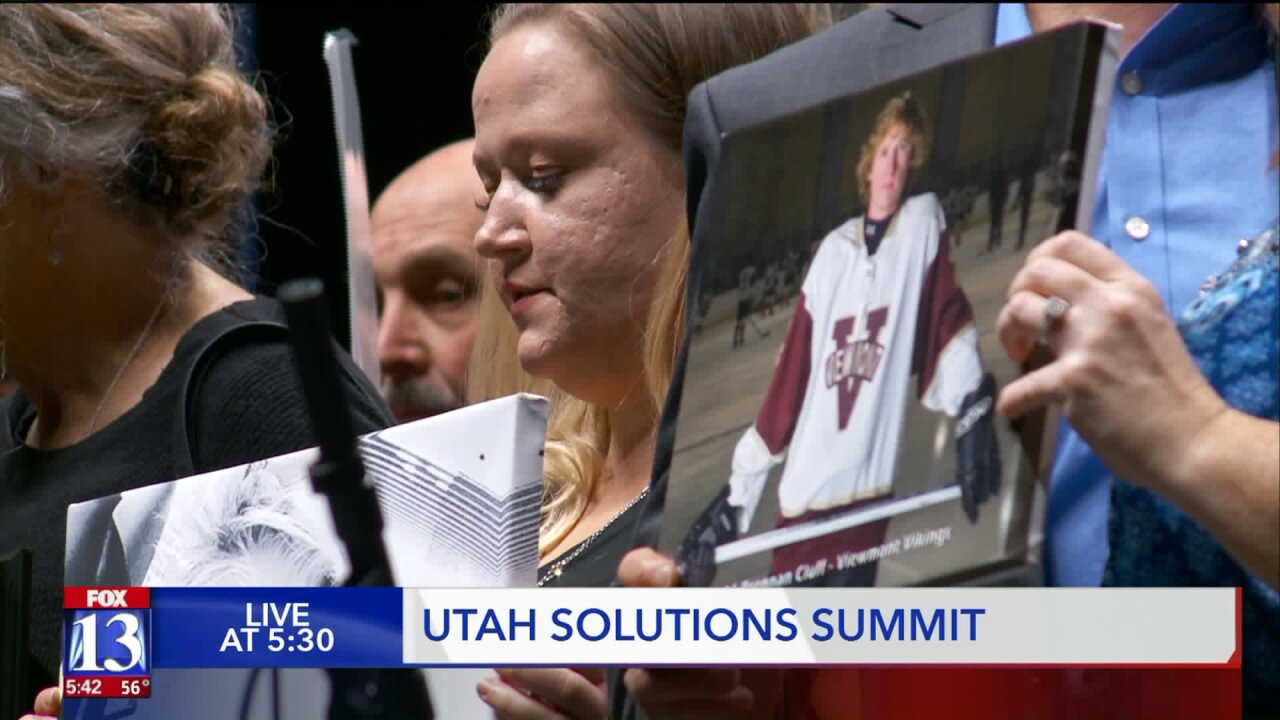 SALT LAKE CITY -- Utah teenagers filled the Vivint Smart Home Arena Friday to learn how they can become part of the solution to Utah’s Opioid epidemic.

The Utah Solutions Summit, put on by Utah Senator Mike Lee, Utah Attorney General Sean Reyes and community groups, presented powerful messages to the teens, from people who have lost loved ones due to opioid addiction.

In Utah, more people die of prescription Opioid overdoses than all other drugs combined.

“Separate and apart from the fact that we’ve got people who are dying, you still have people who are addicted – who are losing days, weeks, months, years in some cases, decades of their lives,” said Senator Lee.

Amber Baum with Overdose Awareness Utah joined parents on stage, holding photos of sons, daughters destroyed by the epidemic. Baum’s daughter died of an overdose the day after Christmas.

“I knocked this doll off of her dresser and about 50 needles fell off from her dress. She had been hiding needles in the dress. I was beyond devastated," Baum said.

With teens coming into contact with drugs earlier and more frequently, organizers hope the images and stories make an impact.

“It was sad seeing all the kids and seeing what [their] parents went through. It’s hard to imagine,” said Haylee Leon, a student from Tooele.