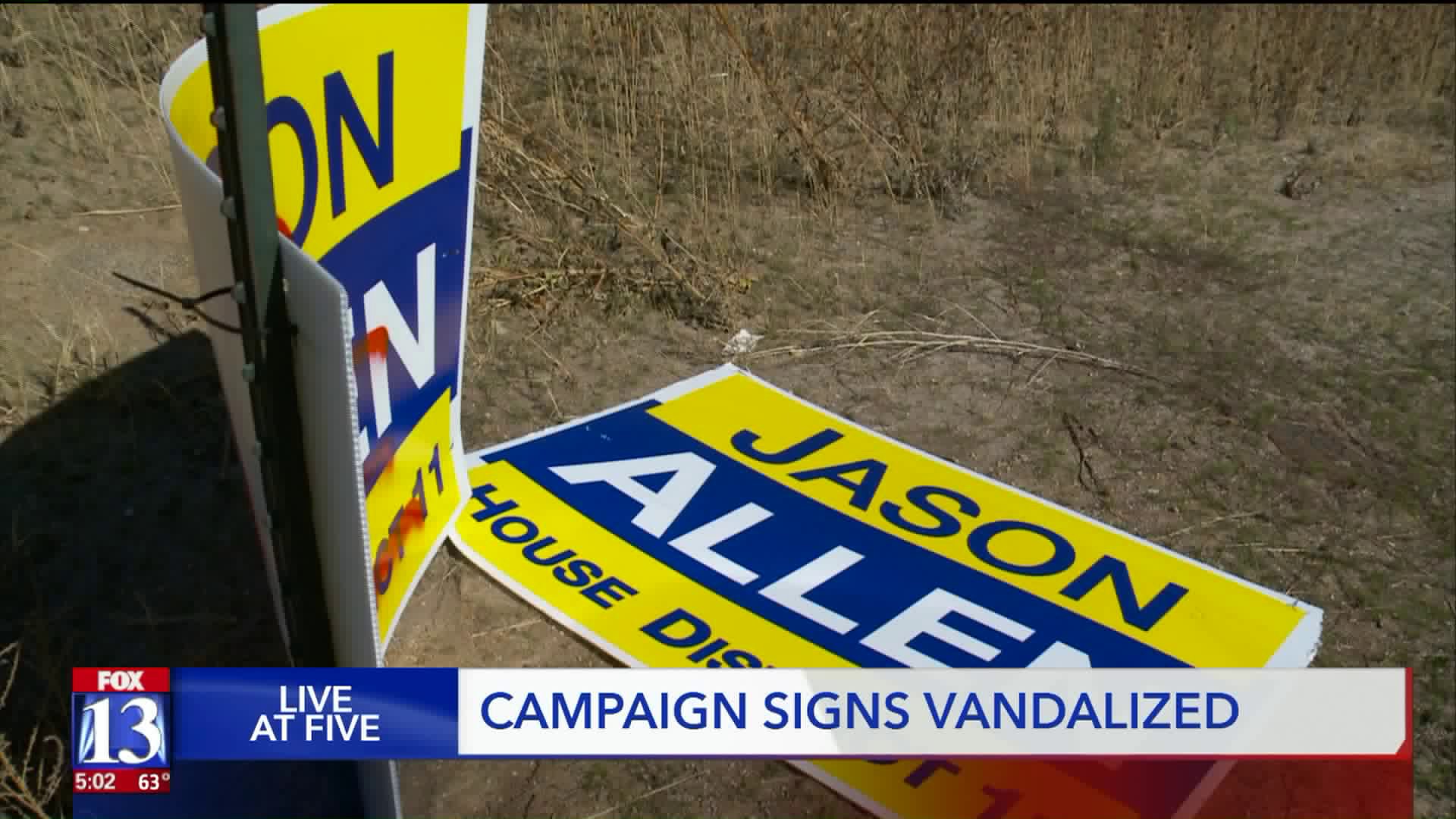 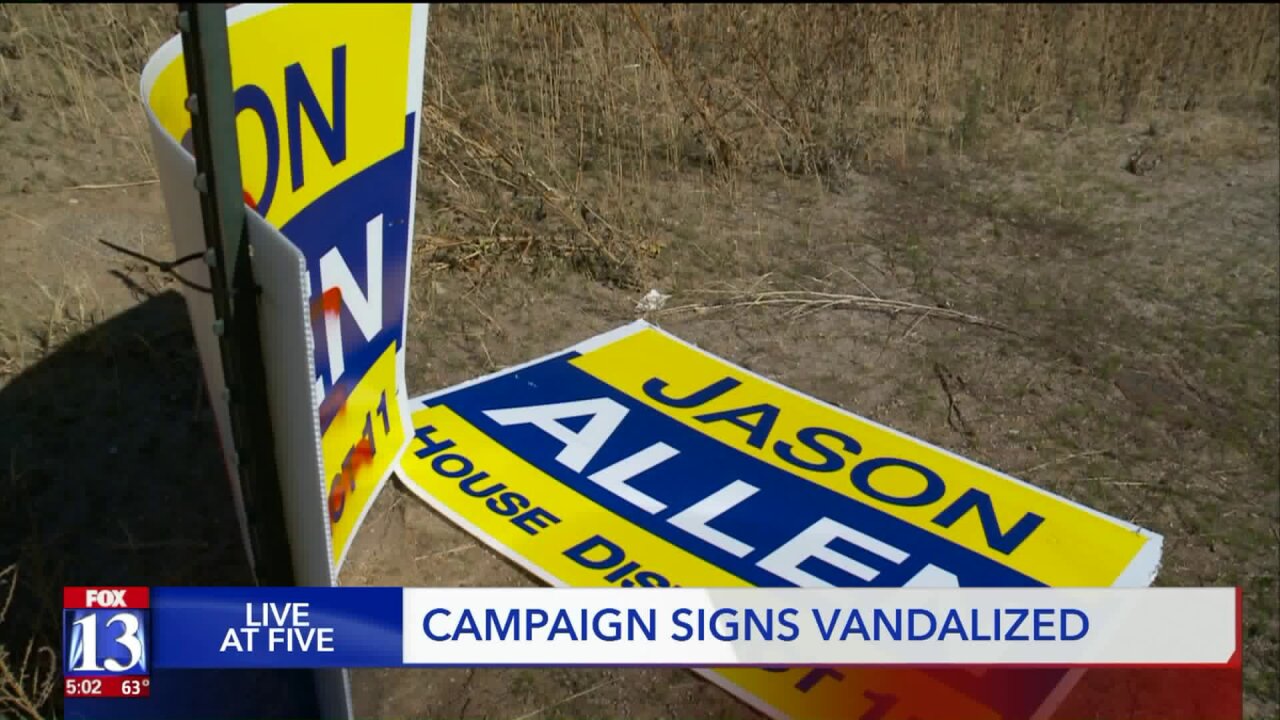 WEBER COUNTY, Utah — Campaign signs for a candidate for the Utah House of Representatives were recently vandalized with spray paint.

At least 13 signs for Democratic Party candidate Jason Allen were painted with slurs and vulgarities sometime between Tuesday night and Wednesday morning near Washington Terrace.

Allen, who is a lifelong resident of the area, is trying to figure out who would target him.

“I’ve been a math teacher, maybe I didn’t give someone the right grade,” Allen, the District 11 candidate said. “I was a baseball coach, maybe I benched someone when they thought they shouldn’t be.”

The Weber County Sheriff’s Office is investigating the crime. The damage is estimated at more than $800.

“We are running on a tight budget, so we can’t afford to buy new signs,” Allen said. “We have to take them down and scrub them by hand and thats time we could be talking to voters.”

Allen doesn’t think this is a politically motivated act. He says his opponent, Republican incumbent Kelly Miles offered help to clean the signs.

“I thought that was a classy move,” Allen said.

In a phone call, Miles told FOX13 that he, “finds this disappointing.” He called Allen a great opponent and said he has a great respect for him.

Allen is not letting this dampen his spirits with Election Day less than three weeks away.

“I’m trying to stay positive and not let it get me down,” Allen said.

He welcomes having a conversation with whoever is responsible.

“I’d love to hear why people feel this way about me and I could do something to fix it,” Allen said.

His one wish is that they vandals would have used a more civil way to communicate their message.

“If you have problems with someone you use your words, you talk about it. You don’t deface deface peoples’ property,” Allen said.

Vandalizing campaign signs is a misdemeanor in Utah, punishable by up to six months in prison and a fine of $1,000.