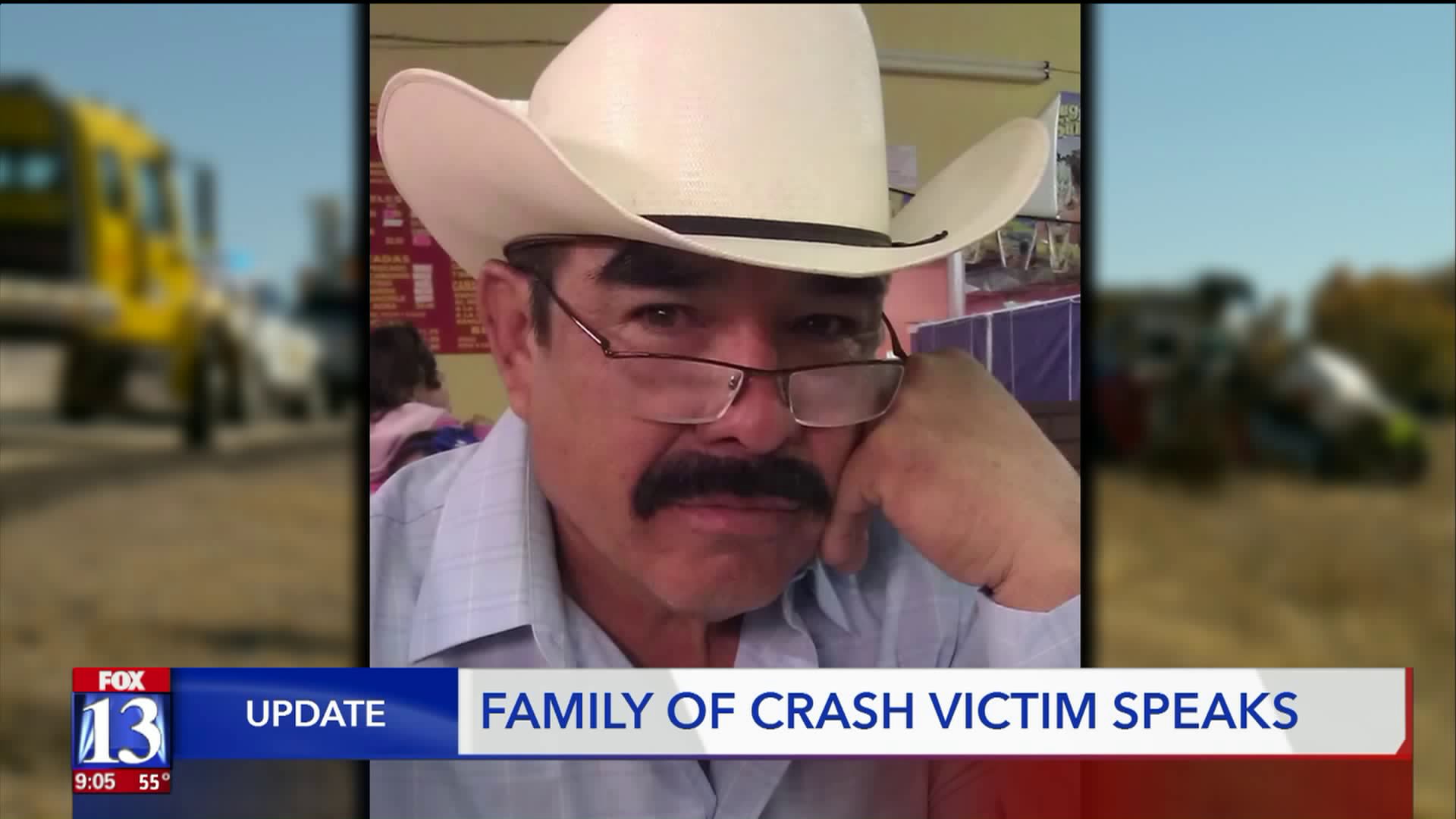 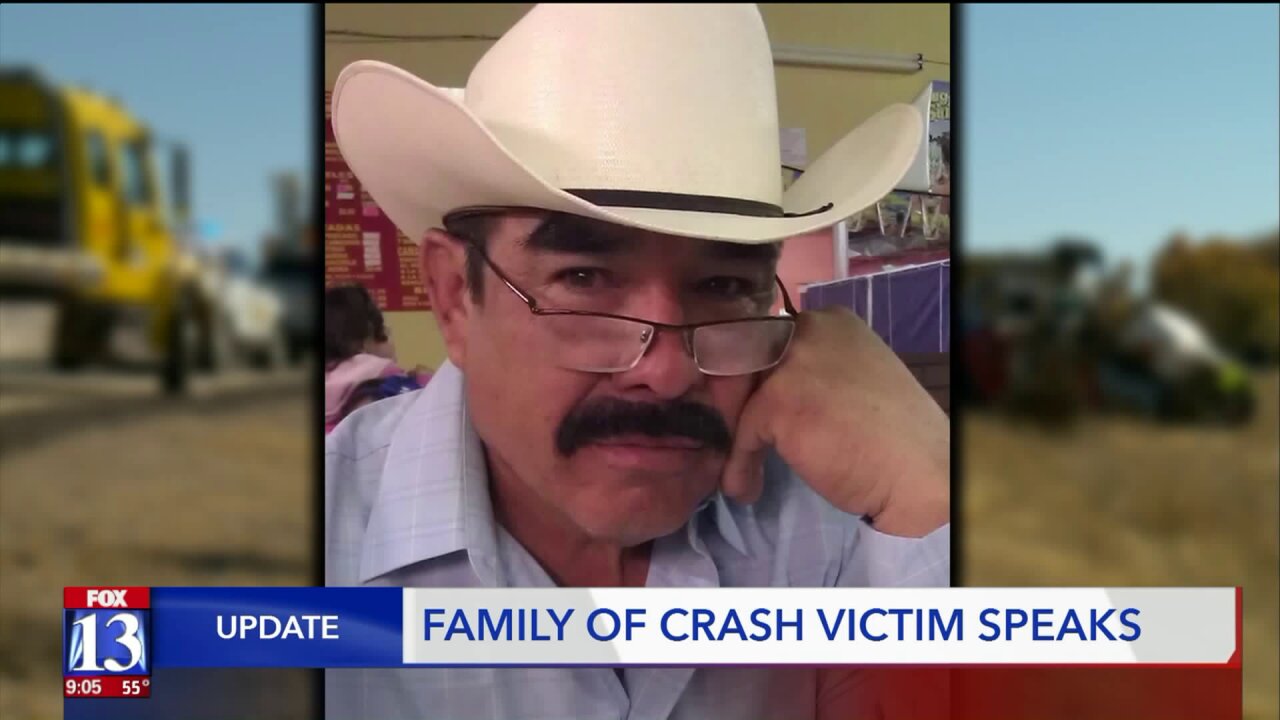 SALT LAKE CITY -- For the first time, we're hearing from one of the families that lost a loved one in a crash that claimed six lives in Wasatch County.

Investigators still have only released one name, that of 62-year-old Efrain Cardenas of Salt Lake City, who was driving a white Dodge Ram pickup that was hit by a dump truck.

“My dad ... he was the pillar of this house,"Viridiana Cardenas, Efrain’s oldest daughter said. "He was everything for us and our kids."

That support came crashing down Friday afternoon, when a man suspected of being under the influence of drugs and alcohol, crossed the median of Highway 40 in the commercial dump truck he was driving, and slammed into the driver’s side of the pickup.

“He was the one that received the most impact and they're not going to let us see him because of that,” his daughter said.

Three men in the pickup were thrown from the truck but the three others were crushed.

“I wish he was one of the guys that was ejected so I could at least hold his hand or hug him but I’m not going to be able to do that,” she said.

The Cardenas spent Monday afternoon with the other victims’ families. All six men worked together and were driving home from a work trip when they were hit. Five of the men were under the age of 30, and all were related - three brothers and two cousins.

“They all had kids, little kids because they were young,” Viridiana Cardenas said.

It's made it even worse to learn there was an open container of alcohol in the dump truck, and it's driver, Jamie Don McKenzie has a lengthy criminal background showing a long list of drinking and driving offenses dating back twenty years.

“I don't understand how a person with that record can drive."

The owner of the trucking company McKenzie drove did not want to make a comment.

The family is hoping for justice, but also showing compassion.

“I was super, super furious about it," the daughter said. "But at the same time, he [the dump truck driver] has a family, maybe they're suffering too."

The funeral will be this Friday. The family's loved ones have set up a memorial fund at Wells Fargo Bank to help them with overwhelming expenses. You can donate under “Efrain Cardena’s Memorial Fund.”