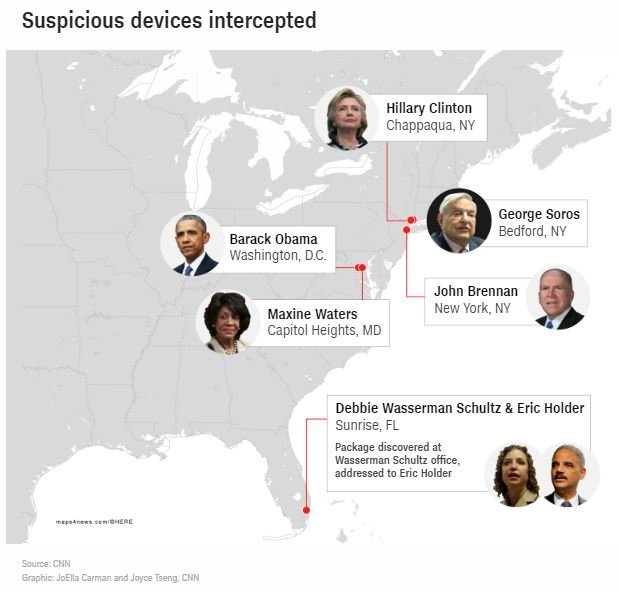 Also on Thursday, a suspicious package addressed to actor-director Robert De Niro was reported at the Manhattan building where his production company is based, and its marking and contents appear similar to pipe bomb packages recently mailed nationwide to top Democrats, two law enforcement sources said.

A manhunt is underway for the perpetrator behind the packages. Law enforcement authorities are treating the series of bombs as a domestic terror matter and are advising the public to remain vigilant.

The motive is unknown, but the recipients are all prominent targets of right-wing criticism and, in many cases, of President Donald Trump himself. The package found at CNN’s New York bureau in the Time Warner Center was addressed to former CIA Director John Brennan, city and local law enforcement officials said.

The devices are believed to be pipe bombs, inherently unstable, and at risk of being set off just by handling.

The FBI’s counterterrorism division is leading the investigation Thursday into the packages and the agency says it’s possible additional packages were mailed to other locations.

At the White House, Trump vowed Wednesday that “we will spare no resources or expense” to pursue the perpetrator.