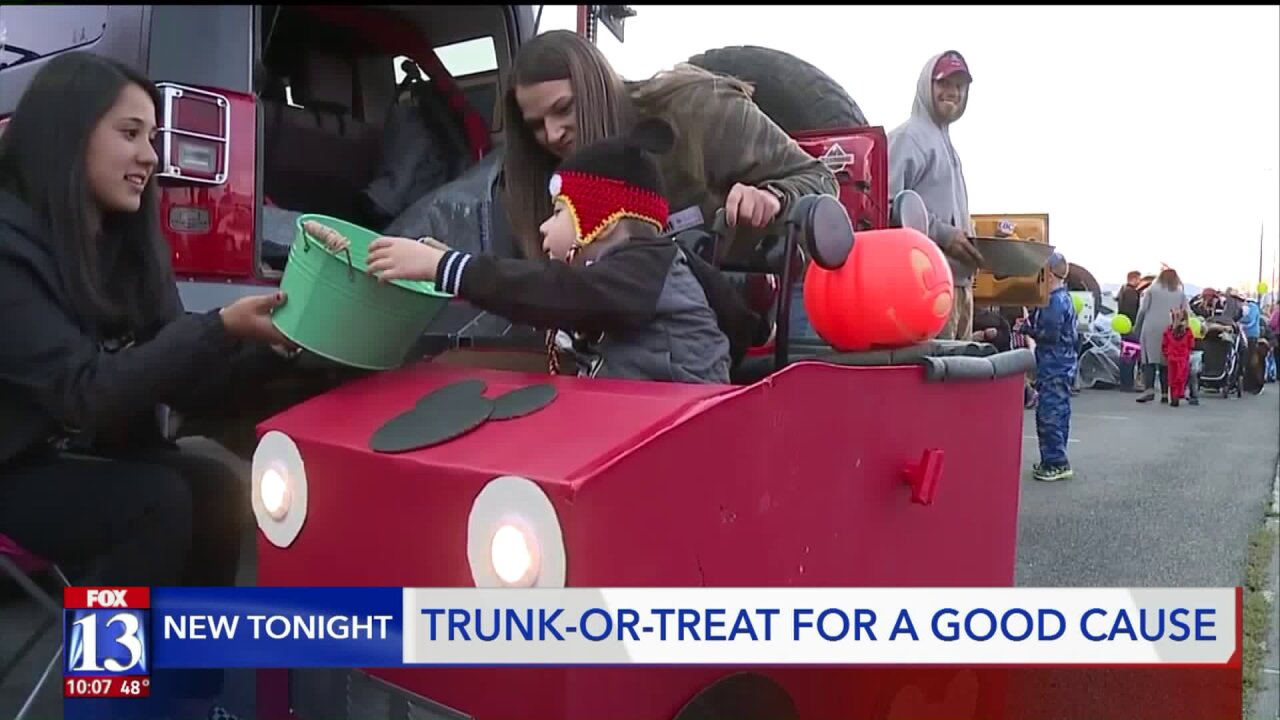 DRAPER, Utah —A group of kids lined up in the All-Star Bowling Lanes parking lot  Thursday night for a trunk-or-treat event.

"Trick or treat!" each child happily chirped, as they made their way along the trunks, trucks and Jeeps lining the row.

The kids came in a creative costumes, dressed up and ready to collect candy at each stop.

Many of these kids can't do traditional trick-or-treating because they are special needs. Some of them are wheelchair-bound.

"Neighborhoods, when you're a kid in wheelchair, are kind of difficult to maneuver," said mother Paula Van Hise. Her 7-year old son Callen has cerebral palsy.

She said they can't go up stairs and it's difficult to navigate to houses on Halloween.

Mom Hailey Gurr said it's awkward to go to people's homes who don't know that her 4-and-a-half-year-old son Easton can't talk. He's also in a wheelchair.

"It's hard for him to go regular trick or treating," she said. "He can't go to the door."

Instead of dealing with those difficulties, they came to the Children and the Earth's Trunk or Treat night. At this event, the kids' limitations don't matter.

"Hello, Mr. Pirate!" said a woman dressed as a witch, as she greeted 10-year old Malaki Rodriguez while his mom pushed his wheelchair up.

Nine-year-old Adrian Paz, who is better known as Dash from the Incredibles on this night, wheeled up to a couple holding pails of candy.

"Twizzlers... whoops I grabbed two!" he said, returning one to the bucket.

At this event where special needs are normal, parents said it gives the chance for the children to be just like any other kid and enjoy Halloween.

"Nobody looks like him as the disabled kid in the wheelchair. They look at him as, 'Oh my gosh, look at that costume!'" Van HIse said. "It's nice. It's nice to not be different for a day."