Police arrested Alex Chavez, 19 and Gabriel Rivas, 18 for two counts of theft. The third suspect arrested is a juvenile and police have not released his name.

According to court documents, Chavez, Rivas and the two other suspects entered an Instant Cash and Loan on 437 North Main Street in Clearfield on Oct. 17 in the afternoon. Rivas brought a chain saw to pawn while the other suspects looked around the store.

Rivas brought the chain saw to the pawn shop counter and positioned it and its box so as to obstruct the view of the pawn shop employee. While the employee was distracted helping Rivas, Chavez reached around the counter and stole a handgun from inside a display case, then left the store.

The unidentified juvenile then entered the store, and Rivas took a rifle off a shelf in the pawn shop and stuffed the rifle down the juvenile’s pants.

The fourth, unidentified suspect continued to distract the pawn shop employee and serve as a lookout. Rivas signed for the pawned chain saw and all the suspects left the store and fled in a white Volkswagen Passat, which police found later that evening.

The guns the suspects stole were a Bushmaster M4, .22-caliber rifle and a Springfield XDM .40-caliber handgun.

Police are asking for the public’s help in finding the fourth man they believe was involved in the theft. Anyone with information can call Clearfield Police at 801-525-2806. 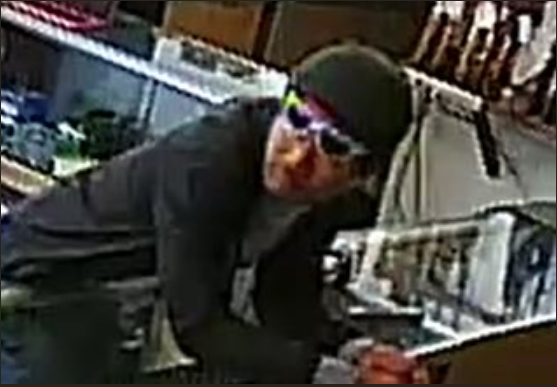