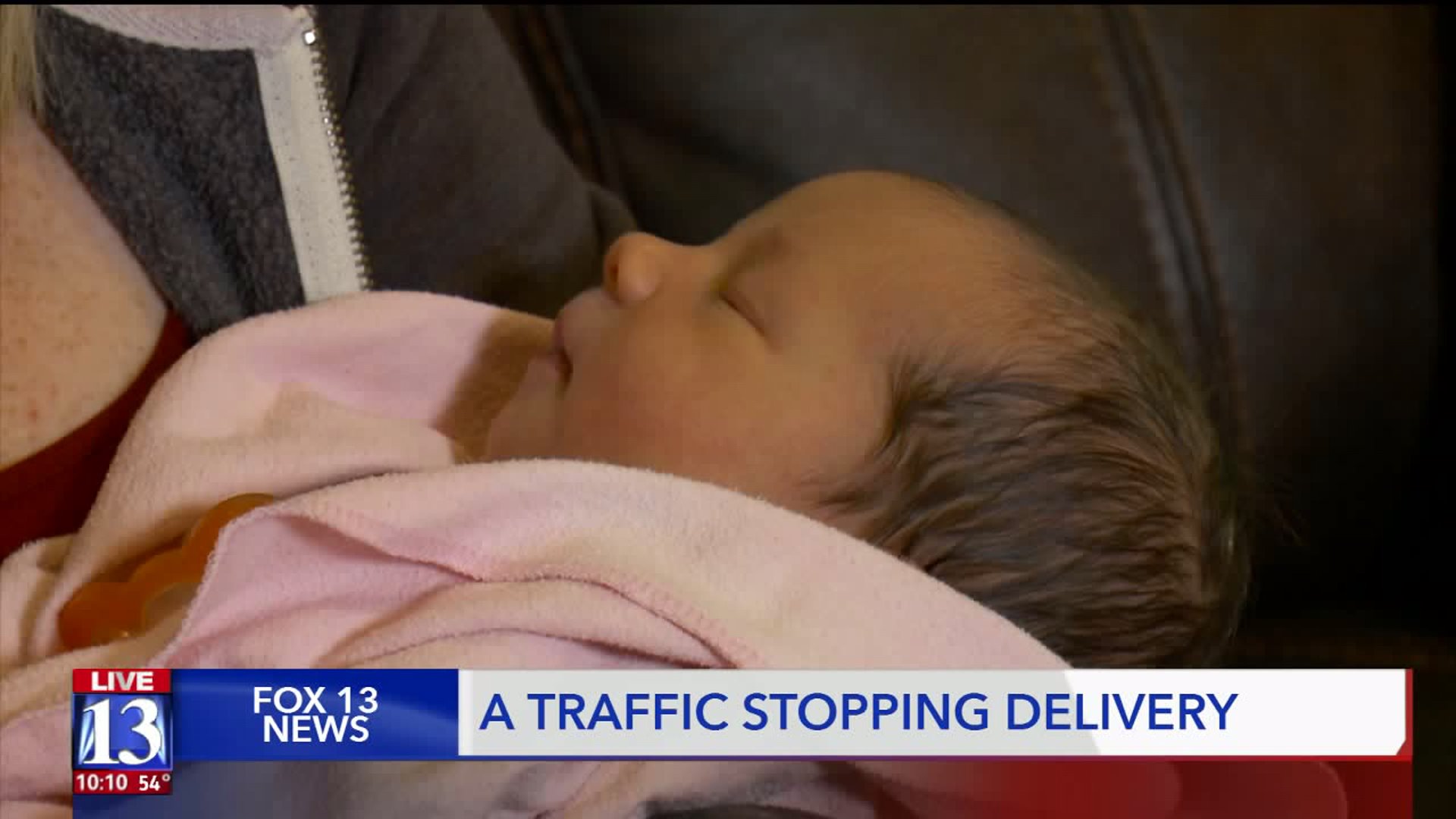 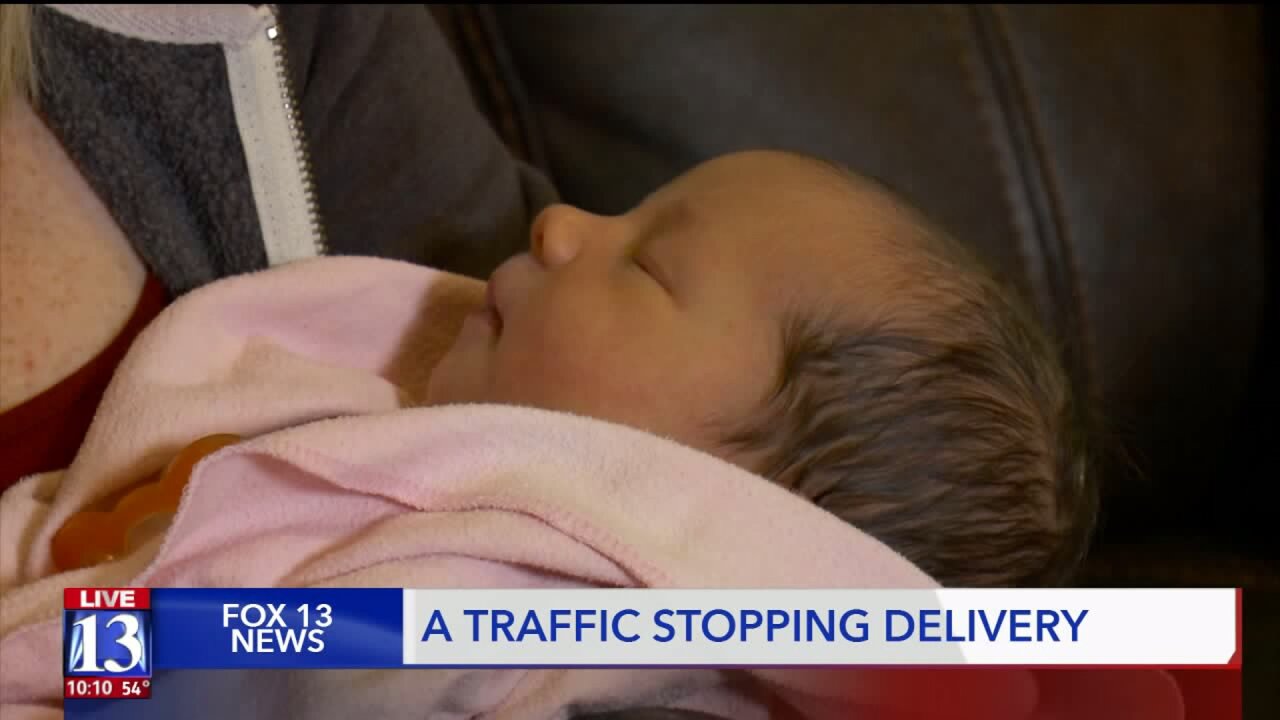 AMERICAN FORK, Utah – A Utah mom knew her third baby was coming but had no idea she would be giving birth on the way to the hospital.

“We love her, she’s perfect,” said Emily Acor as she held her new baby girl in their Orem home.

But Friday, the day Sophia was born, she went for the dramatics

“She just decided she wanted to be a little special,” Acor said.

For Emily, this wasn’t her first or her second time having a baby.

“Looking back on my other deliveries, I thought we had a lot more time,” said Acor.

Emily started having contractions just after midnight on Friday morning.

“Things just picked up so much faster… at the end we just lost, lost time,” she said.

She and her husband couldn’t get a babysitter until 4 p.m. Friday, but given those previous pregnancies, she thought it would be fine.

“Basically on the on-ramp to get on I-15 our car stopped working,” she said.

At that point, “my labor was progressing very, very quickly,” Acor said.

The thing is, Emily’s mom didn’t know how to get to the hospital.

“I wasn’t in the right frame of mind to be giving her directions. So she got out of the car and started waving her arms for somebody to stop and these two sisters, they were twins, pulled over and said ‘Do you need some help?’ and my mom said, ‘My daughter is having a baby right now and I need help getting to the hospital,’” Acor said.

“Without skipping a beat they said, ‘Follow us we’ll take you there,’” she added.

It became clear that Emily was running out of time.

They got stopped by a traffic light at the intersection of Main Street and 100 East in American Fork.

“Right at rush hour, traffic was going on both sides, we had to stop traffic in the middle of Main Street,” Acor said.

“Not now, not here, no, no, please wait,” Acor said as she recalled that moment.

Leaving Emily, her mom and the two total strangers, Ashley and Adrienne, to bring baby Sophia into the world.

“She [one of the sisters] basically helped catch my baby and helped deliver the baby and put her on my chest,” Acor said.

“Not hesitating one bit, they just dropped what they were doing, those sisters were on their way to a birthday party little did they know that it was going to be two birthday parties,” Acor laughed.

Giving a happy ending, to one hectic entrance.

“She came out and she was breathing and everything was fine and perfect and I couldn’t ask for a better delivery… besides the location,” she laughed.

Emily and her husband said they don’t plan on having any more kids but if they do, they will make sure they make it to the hospital.