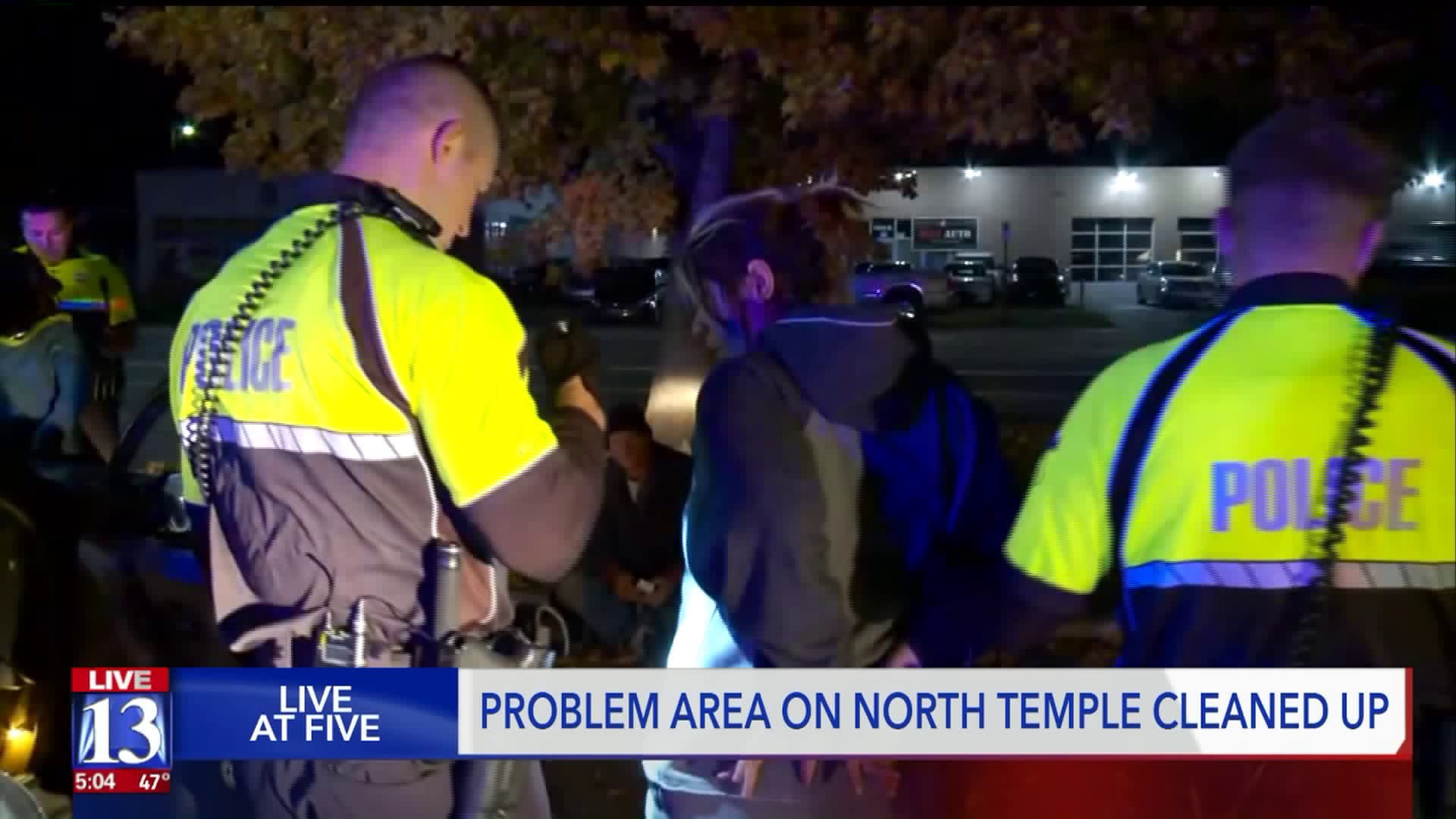 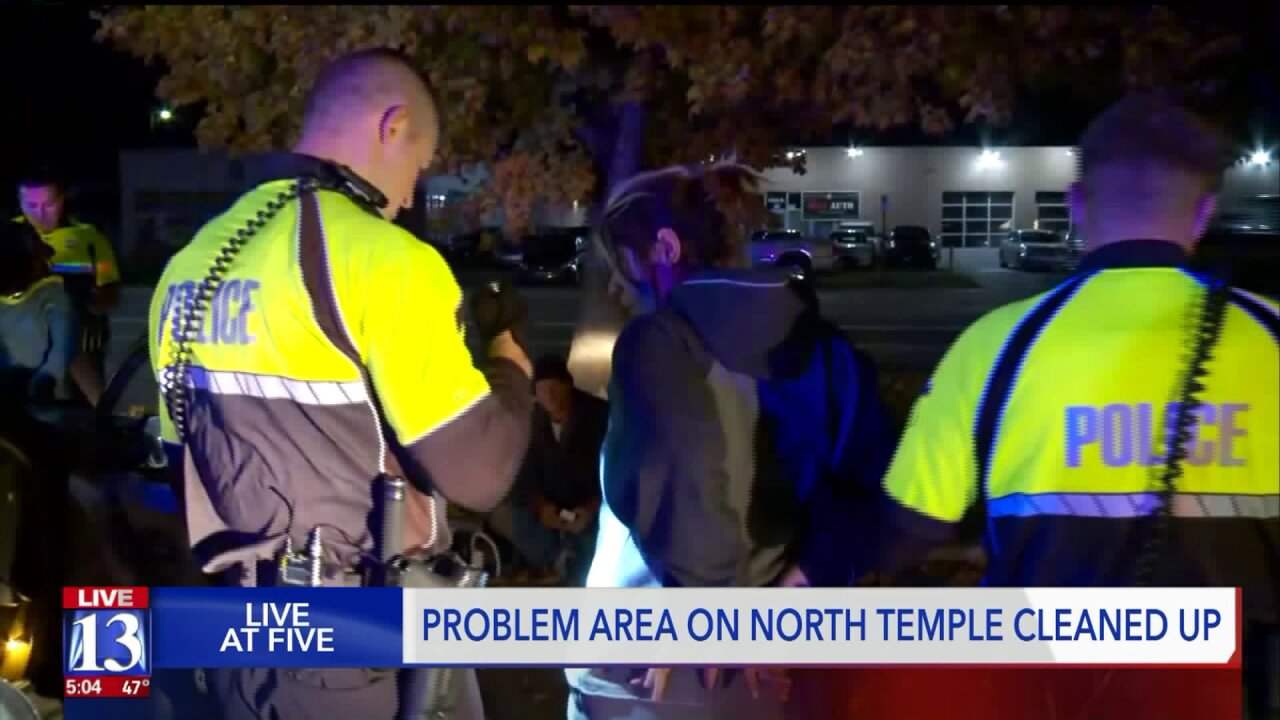 SALT LAKE CITY — Police said they've cleaned up a part of North Temple that has been at the center of community complaints in recent months and cracked down on crime in the area.

Now, police say crime has migrated to another part of the city.

He said he had to stop using local businesses and couldn't walk down the street.

"You couldn’t even go to the ice cream store without being approached by somebody — panhandling, prostitutes, drug dealing," Harman said.

To combat the crime, a Salt Lake City police substation popped up in the old Arctic Circle over the summer, officers upped their patrols and in September, the city sent a letter to the Gateway Inn demanding changes in order to cut down on "nuisance activities."

Fast forward a month, and now North Temple — including the Gateway Inn — doesn't seem to be much of a problem anymore.

Fox 13 went on a ride along with police last weekend, patrolling the North Temple area at night. Officers pointed out how quiet the area's become.

Officer Wyatt Sackett said people from around the state used to come to the area to score drugs.

Now, he said it's slowed down.

"You don’t see near the same amount of people that you used to see hanging out on the corner," he said.

Instead, Sackett said it's all pushed over to the east side of the city.

"A lot of the people used to hang out over [on North Temple]... they’ve actually gone over to the east side and hang out on State Street," he said.

Sackett drove over to State Street to check out some known drug spots — like near the corner of 1300 South State Street.

"This area over here, it's like how the Gateway [Inn] used to be," he said. "Everyone comes here to buy drugs."

During the ride along near State Street, police arrested a woman for giving false information and found a probation fugitive wanted on a warrant who admitted to carrying empty drug baggies.

Even if the crime has seemed to move on from North Temple, it doesn't mean police will stop their efforts.

Sackett said the substation in the Arctic Circle is still in use, and they keep a presence in the area with patrols and bicycle police.

"There are people walking to and from school, they've been feeling they can do that safely, and hopefully they feel like this is a safe place" he said. "The police presence made a huge difference, but as kids are traveling to the elementary schools or just the local businesses... this is a place they can be and not worry about their physical safety."