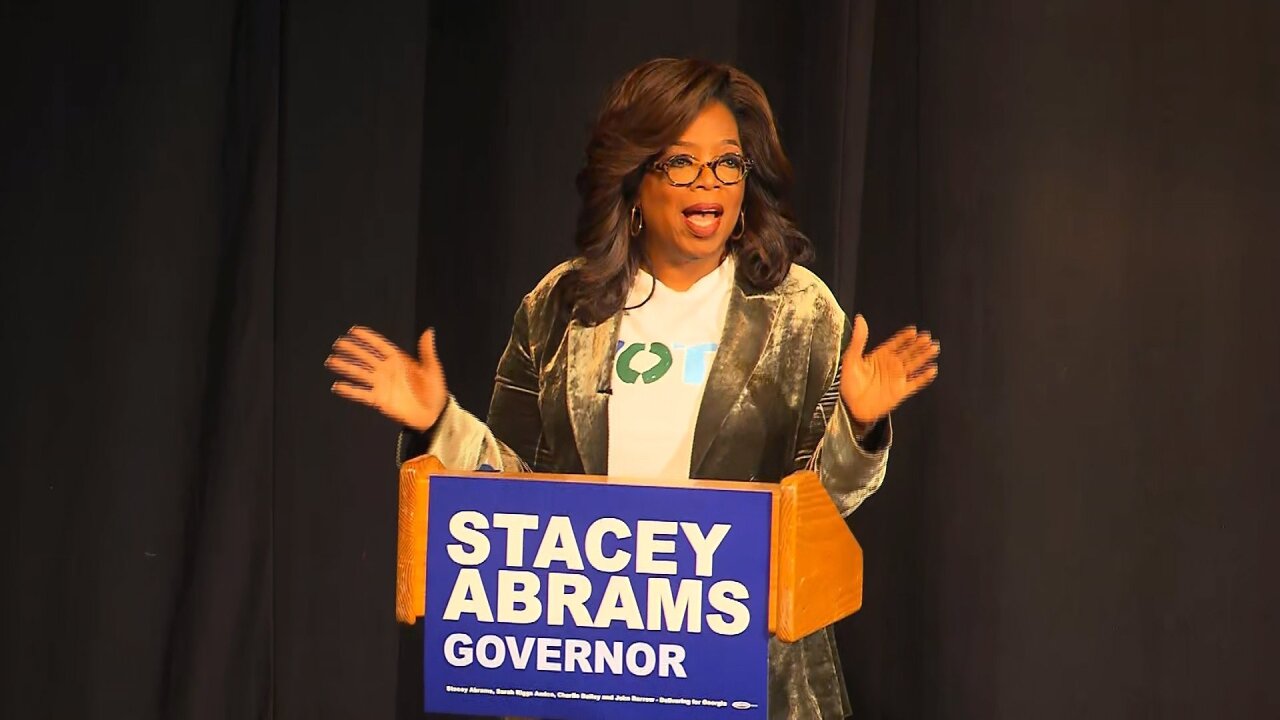 The prerecorded phone message features a voice impersonating Oprah Winfrey, who was in Georgia on Thursday stumping for Abrams, and contains racist and anti-Semitic rhetoric.

The robocall went out to Georgia voters, but it is unclear how many received it.

“I stand against any person or organization that peddles this type of unbridled hate and unapologetic bigotry,” Kemp said in a statement. “These vile efforts to degrade and disparage others are contrary to the highest ideals of our state and country. We unequivocally condemn this group and their horrible actions.”

In a statement Saturday morning, Abigail Collazo, Abrams’ director of strategic communication, accused Kemp and President Donald Trump of contributing to a political atmosphere that feeds such hate.

“Over the last few weeks we’ve seen increasing desperation from many dark corners trying to steal the election, cheat, lie, and prey on people’s fears rather than having the respect to listen to voters and speak to their hopes,” Collazo said. She added that it was “pathetic” that Kemp “has only now suddenly decided to find a conscience as polls are tightening and Georgia voters are making it clear that they reject the kind of hate he and his allies have been spewing around the state. These automated calls are being sent into homes just days before President Trump arrives, reminding voters exactly who is promoting a political climate that celebrates this kind of vile, poisonous thinking.”

The group behind the robocall is The Road to Power, a white supremacist and anti-Semitic video podcast hosted by Scott Rhodes of Idaho.

The same neo-Nazi group had targeted Gillum with racist robocalls after he won the Democratic Florida gubernatorial nomination in the late-August primary and again in October. It also sponsored robocalls in Iowa, using Mollie Tibbetts’ death to attack Latinos and promote white supremacy, according to the Des Moines Register. Tibbetts, a 20-year-old college student, was abducted in July while jogging in rural Iowa, killed and dumped in a cornfield. The man arrested in her death is an undocumented immigrant from Mexico and has pleaded not guilty to a charge of first-degree murder.