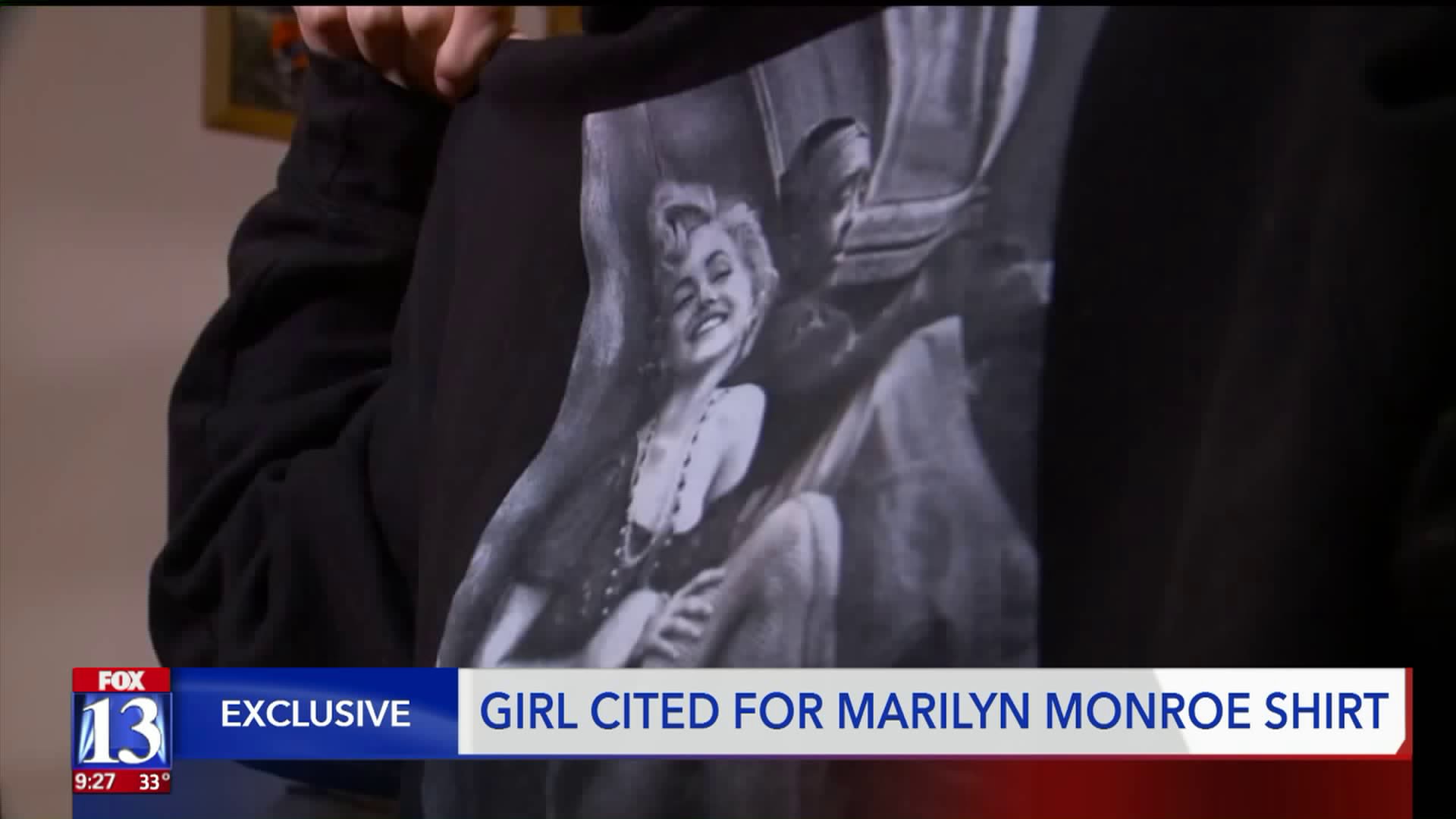 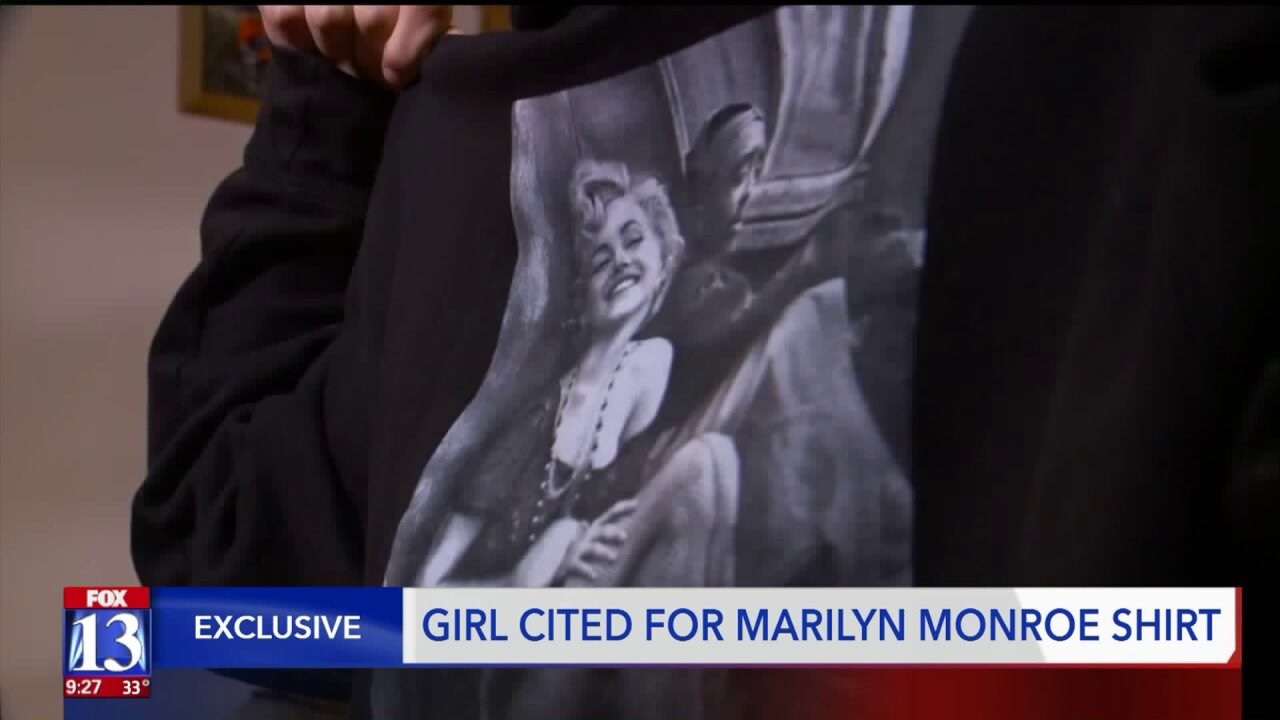 SOUTH OGDEN, Utah — A South Ogden mom is expressing frustration after she said her daughter was forced to change shirts at school for a dress code violation, apparently over the famous person depicted on the shirt.

When the mother asked the school why the sweatshirt violated the code, their explanation left her in disbelief.

Katie Fabert said her daughter loves Marilyn Monroe and owns a couple of sweatshirts with the female American icon on them.

The 13-year old wears the sweatshirts to school at South Ogden Junior High, Fabert explained, including one that features Marilyn Monroe and rapper Tupac Shakur sitting next to each other.

On Wednesday, she said her daughter came home from school saying that a school employee made her change into a South Ogden Junior High shirt.

"She basically just said, 'I got dress coded for this shirt,'" Fabert said, indicating that "dress coded" means that her daughter got in trouble.

Fabert explained that the vice principal took issue with the way Marilyn Monroe was dressed. Her shoulder was exposed. Monroe's outfit in the picture violated dress code, he told her.

She said the situation was confrontational, and the vice principal acted unprofessionally.

"He just got kind of in her face, and I just kind of looked over at her-- and she just looked like she was on the verge of tears," Fabert said, of her daughter. "I was like, 'Alright let's go.'"

She said her daughter took the day off school Thursday. Later in the day, the principal called her to say the sweatshirt wasn't actually violating dress code, and Fabert said he told her that he would go over dress code policy with the staff.

"Instead of enforcing what is actually dress code... these teachers are coming in and bringing their own opinion," she said.

Fabert said the principal didn't say if her daughter can wear the sweatshirt again.

"This whole thing just got out of hand," Fabert said. "It was a sweater, and they made it something... and she felt bad. I mean, it's something that she really loved."

The Weber School District sent this statement to Fox 13 on the situation:

"We did have an issue yesterday with a student wearing a shirt that an employee thought was in a violation of the dress code. The student was asked to wear something different. The principal is in the process of reviewing that decision. We will work closely with the student and their family to appropriately resolve the matter."