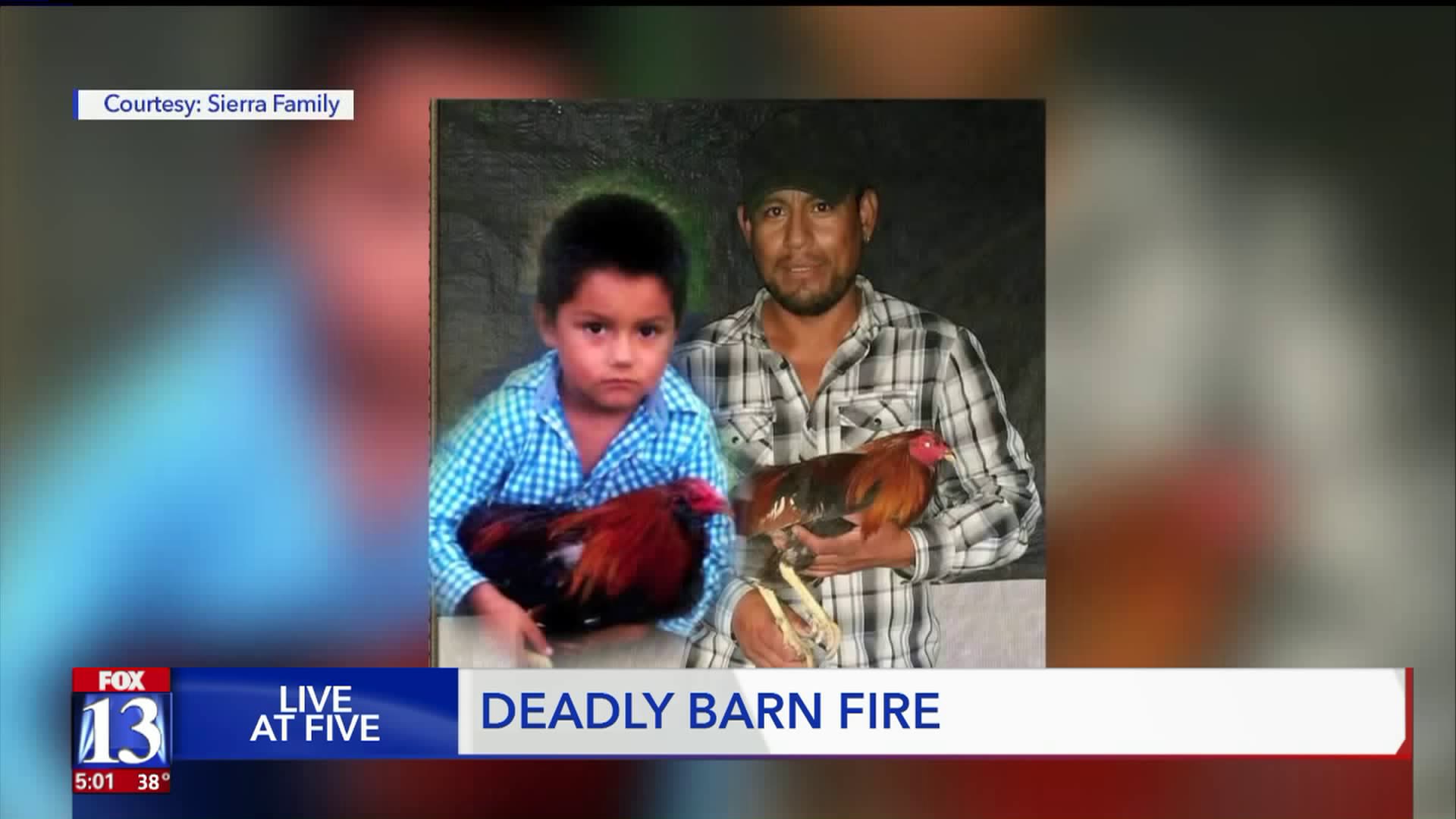 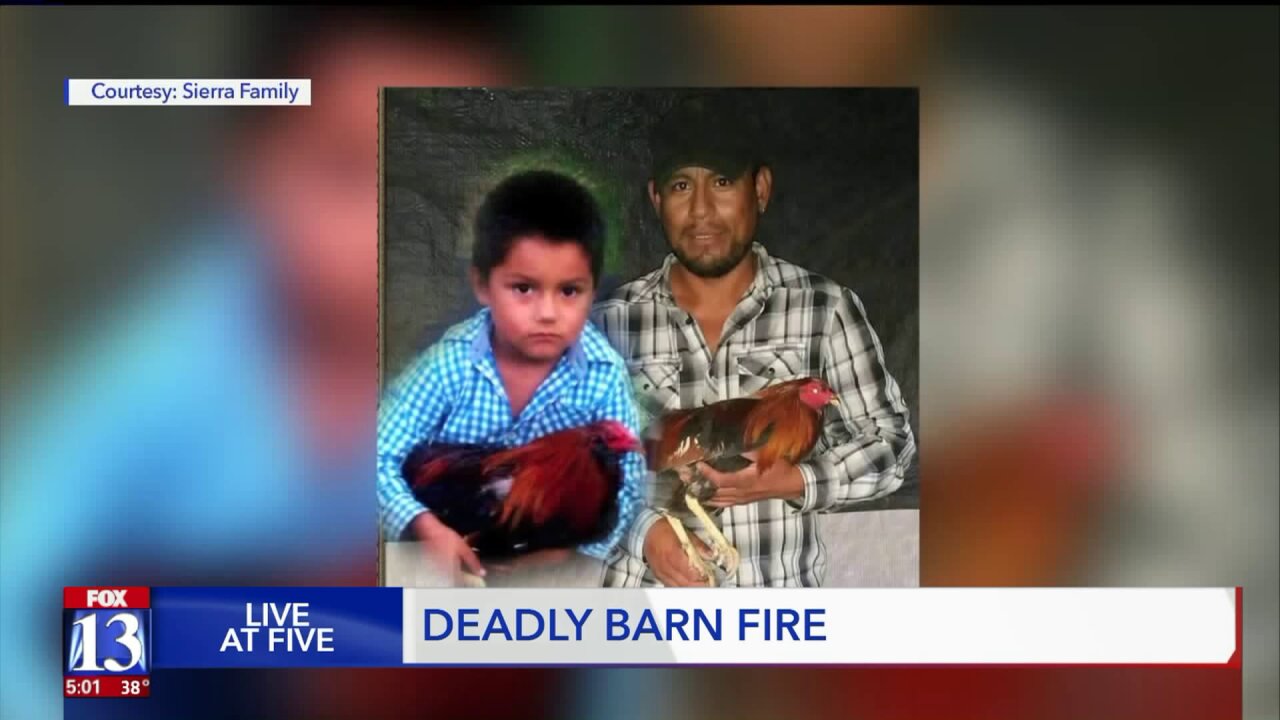 PROVO, Utah -- Family members are saying a Provo father and his 9-year old son died together, trapped in a stall during a barn fire Monday.

The blaze started around 1:30 a.m. Monday morning and neighbors said they quickly raced to the farm to save the animals.

"Me and a couple other guys were running into the stalls, pulling goats out of them," said Preston Arnoldsen, who lives down the street and said his uncle owns the farm.

Flames tore through three of the Finch Family Farm barn buildings. Provo Fire said the farm owners rent out the stalls for an animal boarding business.

"Stalls were engulfed and the flames were climbing 50, 60 feet high," Arnoldsen recounted.

Inside one of the rented out stalls, Provo City Fire said two people who appeared to be spending the night weren't able to escape.

"Looks like they locked themselves in with a padlock for the evening," said Provo Fire Captain Dean York. "They were not able to get that padlock off, and so they passed away there inside that stall."

Provo Police Sergeant Nisha King said they needed to await the medical examiner's determination of identity before releasing the names.

Even though they weren't able to confirm who died, a group of people who spent hours watching the smoke clear from the fire Monday morning said they already the victims are Marcos Sierra and his son, Marcos Sierra Jr.

"We know for a fact it's our uncle and our little cousin," said a woman named Andrea. She and another cousin name Cristian said Sierra and his son boarded a horse, pony, goats and roosters at the farm.

"His son loved animals, mostly roosters," Cristian said. "That was his passion. He would always handle the roosters."

They said the father-son pair were inseparable and always spent their weekends at the farm.

"His son was actually always with him. No matter where he went or here his dad was, he always wanted to be with his dad," Andrea said.

Family members anxiously awaited news on the cause of the fire. Monday afternoon, Capt. York said they labeled the cause "undetermined," and said a bunsen burner or extension cords may have been to blame.

"There are multiple ways this fire could have started," he said, indicating that it was just too hard to tell.

Capt. York said the fire caused about $300,000 in damages and loss of property, livestock and equipment at the Finch Family Farm.

Crews spent much of Monday afternoon demolishing what was left standing of the buildings. Capt. York said they needed to knock everything down for safety reasons.

A fundraiser has been started for the apparent victims of the fire. Click here to learn more.