What it took to hang a massive 400-pound American flag in honor of Maj. Brent Taylor 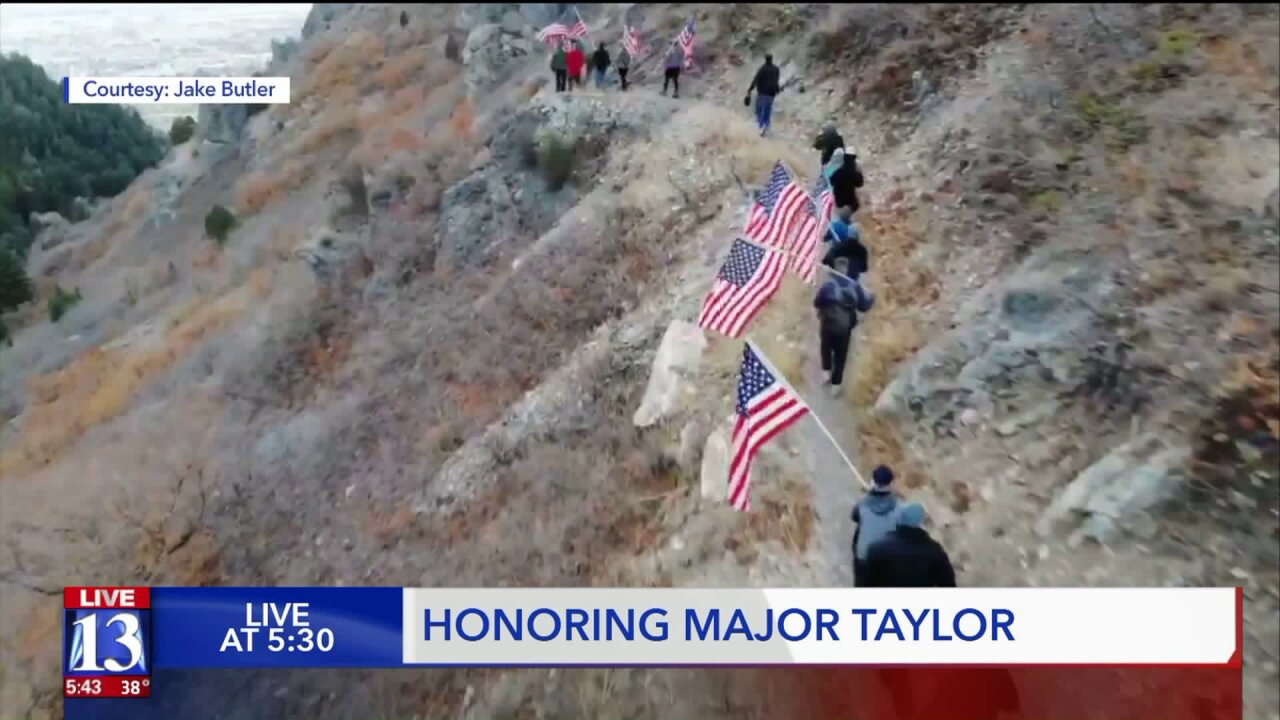 NORTH OGDEN, Utah -- Many have seen the videos and if you're near, Ogden you’ve seen a gigantic flag waving in the distance, all in the memory of veterans and Maj. Brent Taylor.

“It was the coolest thing that I’d ever witnessed,” said Kirk Chugg, one of the many who organized the American flag’s placement in Coldwater Canyon Sunday morning. “At the very moment the flag was going out, those were the words going through my head: 'By the dawn's early light.' That’s when I felt Brent the most.”

Chugg was one of 140 plus people who carried the 400 lbs flag up Coldwater Canyon on Veterans Day to surprise Taylor’s family.

“I don’t think any of us could help but think of Brent while we were doing that yesterday,” said Ryan Wilcox, a friend of Major Taylor’s for more than 10 years.

The news that Taylor had been killed by an inside attacker in Afghanistan was shocking for Wilcox and the community.

“It’s unbelievable,” said Wilcox. “And yet I think he’s having a bigger impact now, than I think he would’ve if he had stayed.”

Taylor impacted people such as Josh Johnson, who originally thought of putting up the flag, to help Taylor's family and the community as a whole.

Asked to take video and photographs of the huge undertaking, Jake Butler said it was one of the most moving pieces he has ever edited—an effort dedicated to Taylor’s family and those who have lost loved ones in battle.

“This is a tribute to his family, his wonderful wife and kids,” said Butler. “It’s all about respecting what people have done for this country to bring us where we’re at today.”

With such a big crowd involved, Chugg said they asked Weber County Search and Rescue to help make sure the hike was safe, something Lt. Mark Johnson said he was grateful for.

“What a better way to pay tribute, especially with yesterday being Veterans Day,” said Johnson. “It’s just pure awesome and we’re glad to be able to participate in it.”