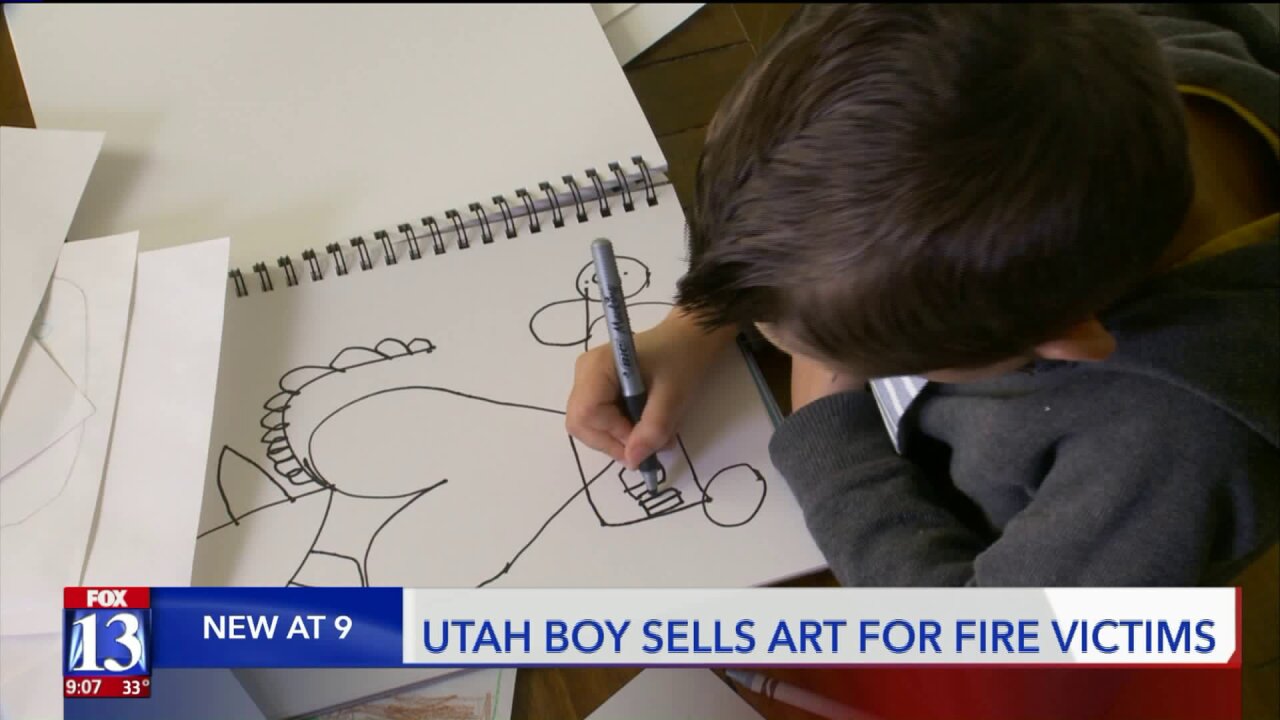 UTAH COUNTY, Utah -- While firefighters are working to protect homes in California some Utahns are trying to help the thousands that have lost their homes.

This story starts back in September when the Pole Creek and Bald Mountain Fires were burning, and 5-year-old Benny Ashby of Vineyard was worried the fires were going to burn down his house.

Months later, Benny heard about the fires in California and knew he had to do something.

“I just wanna help. I just like to help people who need my help,” said Benny.

One color and one line at a time, Benny is doing just that.

“Right now I’m drawing the water coming out of the hose,” Benny said.

One night before bed, Benny asked his mom about the fires there she told him a lot of people have lost their homes.

“He started to cry he was so sad and the first thing he did was gasp and said well what about all the cute stuff inside their house,” said Chloe Ashby, Benny’s mom.

Suddenly, he got an idea.

“He said, 'mom maybe we can sell some of my art! We can sell it or give it to the people so they can put it in their house after they rebuild,'” Chloe said.

“You can help people by drawing and you could sell art and then the money you can donate it to people that need it,” Benny said.

Benny is drawing picture after picture.

They raised hundreds of dollars that Benny will give to the victims of the deadly and destructive California fires.

“I think it's helping his fear cause even though there are things that are scary there are good that can come from it like helping people and making a difference,” Chloe said.

He drew a photo for us of our Fox 13 microphone.

You can email the child's mother there and message her on social media.