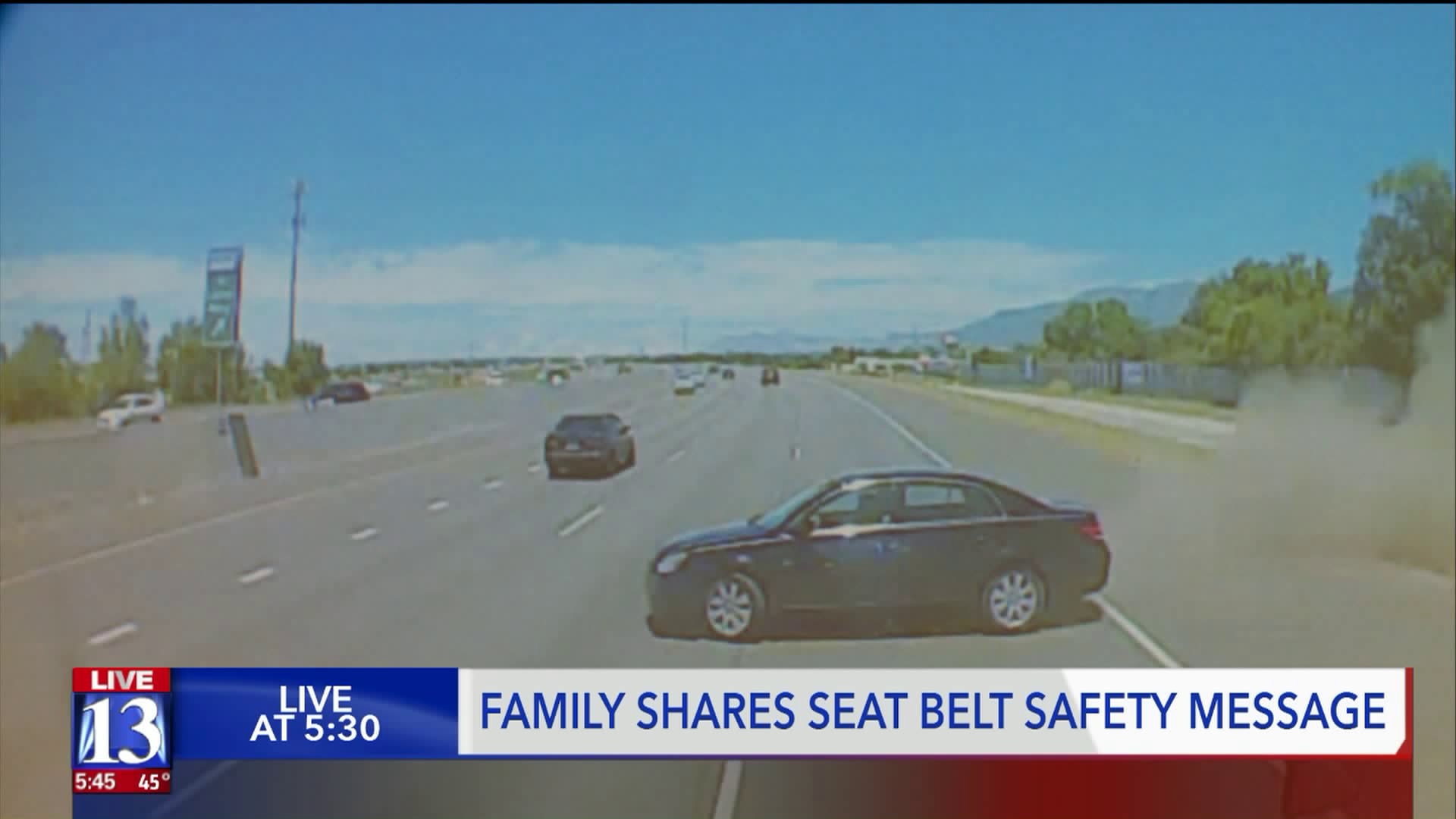 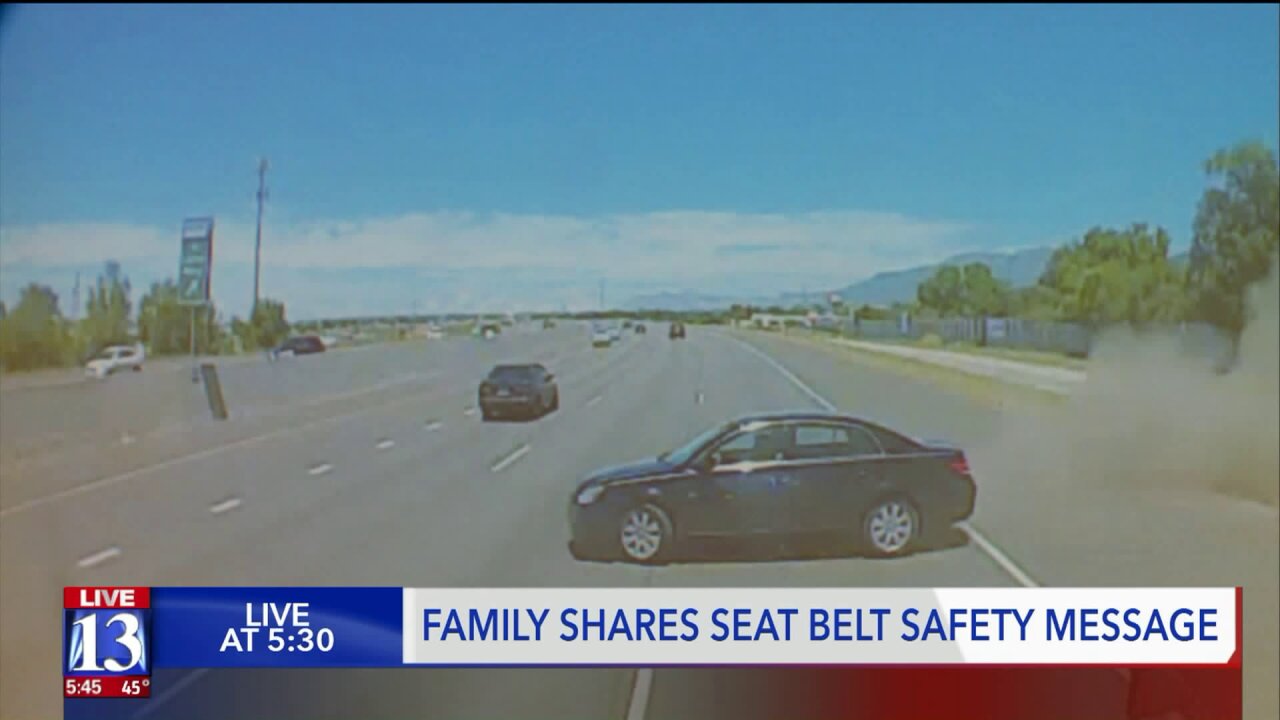 SALT LAKE CITY -- For most of us, buckling our seat belt is automatic. However, there are still people out there who rarely buckle up, which was the case for a Utah family until an unlikely hero stepped in.

On June 21st, Shantel Anderson and her three young kids were driving northbound on I-15.

“All of a sudden, a black car appeared sideways in front of us. You never expect that,” says Anderson.

In dash cam video, you can see a black car over correct and turn back onto the roadway, hitting a semi-truck before side swiping Anderson’s white truck, which was driving northbound in the HOV lane.

Sgt. Nick Street with the Utah Highway Patrol was one of the first responders.

Troopers say the woman had some kind of medical issue when she hit both vehicles. Nobody was hurt because everybody was wearing their seat belts, but that could've easily not been the case.

“I usually do not wear my seat belt,” said Anderson.

That day, Anderson’s 8-year-old son, Dallin, started guilt tripping her about it.

“I didn't at first, but by the time we got to the freeway, he had bugged me enough that I put my buckle on,” said Shantel Anderson.

“Then like, ten minutes later, we got in that crash,” said Dallin Anderson.

If he hadn’t convinced his mom to buckle up, troopers say it could’ve easily been a deadly crash.

“You can get hurt or like, pass away, if you get in a bad crash,” said Dallin Anderson.

“If she wasn't wearing her seat belt, it would’ve ultimately ended up being a fatal crash for us,” said Street.

It's a lesson for all of us, because nobody is invincible on the road.

“No matter how well you think you can drive; because ultimately a situation just like this can occur right in front of you,” said Street.

If you still need another reason to buckle up, UHP is increasing seat belt enforcement over the Thanksgiving weekend, with an additional 275 shifts looking for unbuckled drivers.