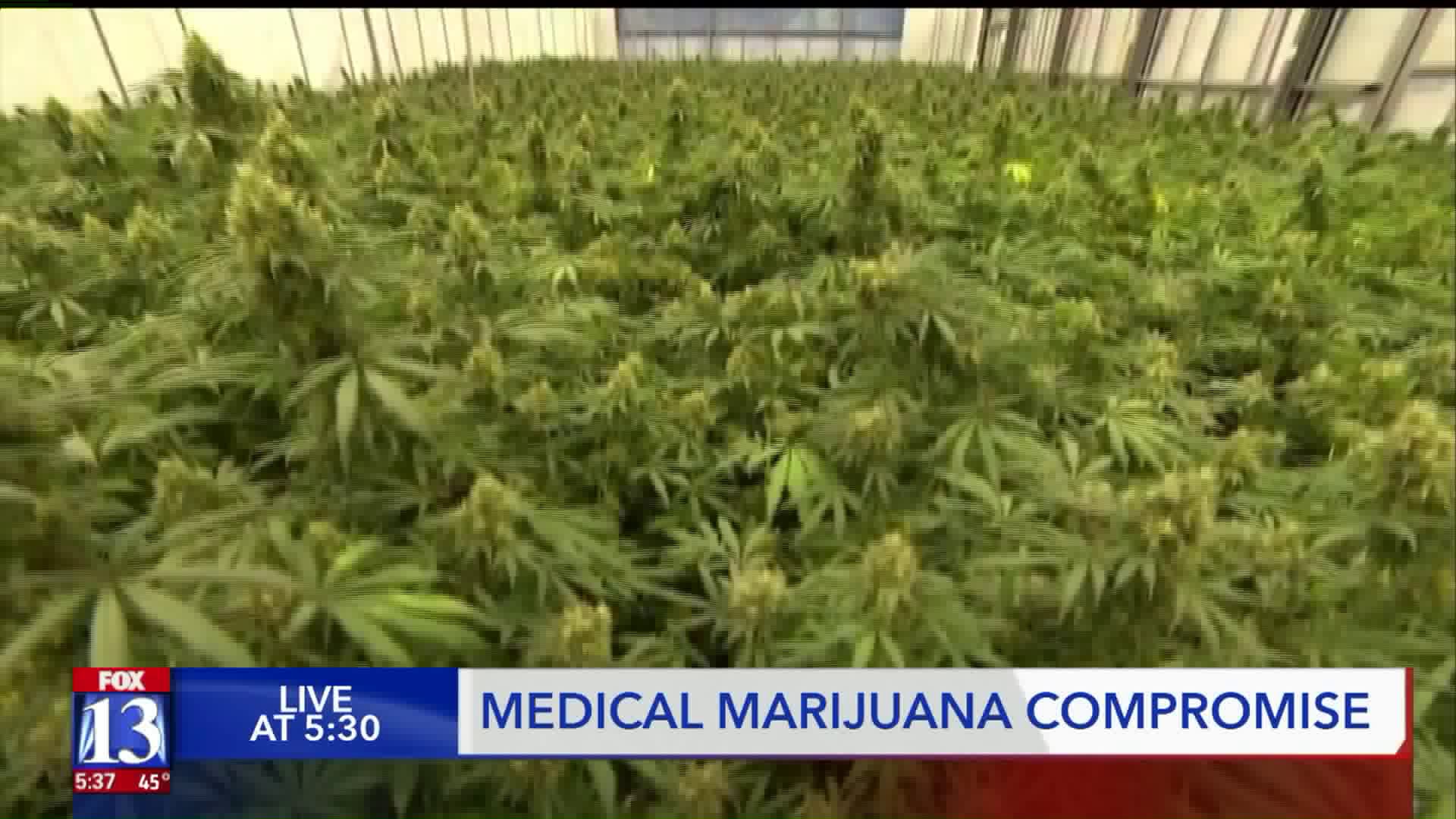 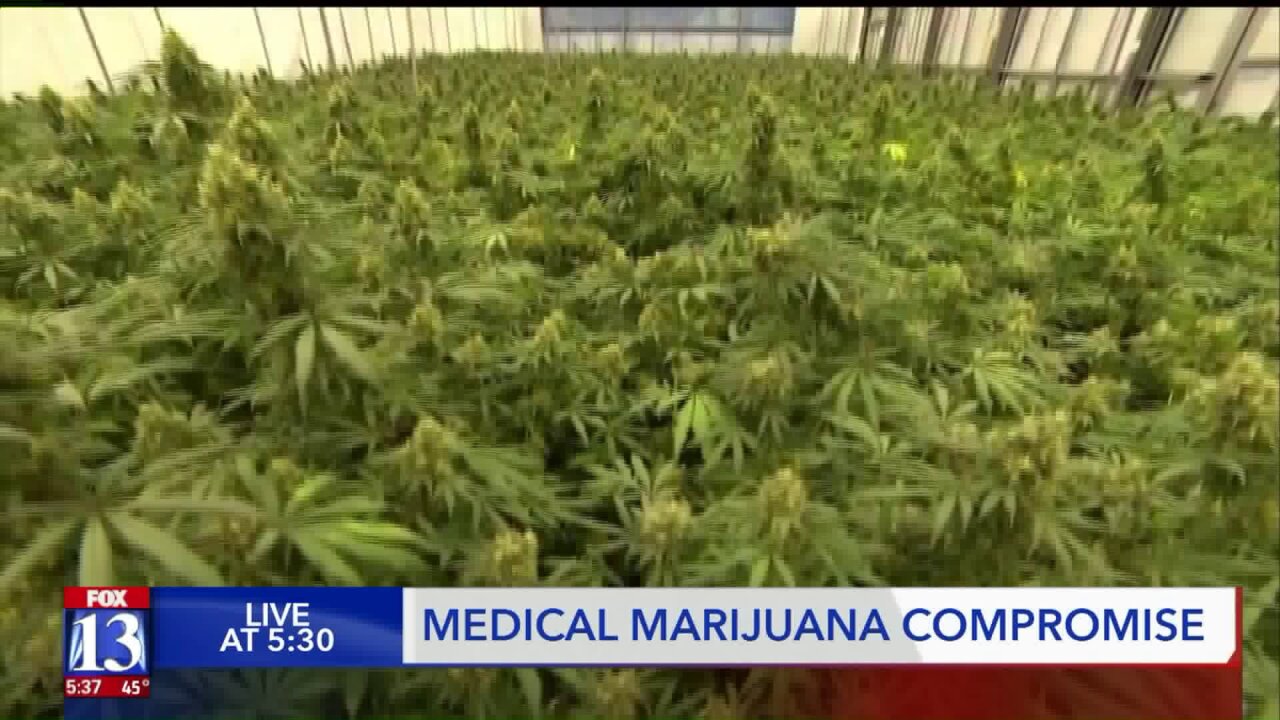 Thursday morning, Fox 13 News learned TRUCE and others have retained attorney Rocky Anderson and are threatening a lawsuit over the involvement The Church of Jesus Christ of Latter-day Saints has had with the Utah Legislature regarding that bill.

Sponsors of Prop. 2 were meeting with opponents and legislative leadership on Wednesday night to hammer out some final language ahead of a Dec. 3 special session. A final "compromise" bill is expected to be made public next week, said Connor Boyack, the president of the Libertas Institute, who has been involved in the closed-door negotiations.

"What the public is going to see in the final special session is, from our perspective, about 90% of what was in Proposition 2. There’s some stuff we don’t like. There’s some stuff we’ve compromised on, but there’s some ways it’s better for patients. We’ve taken advantage of these negotiations to improve the proposal," he told FOX 13.

Rep. Brad Daw, R-Orem, who vigorously opposed Prop. 2, also believes the bill will be better for Utahns than what voters passed.

"I feel like we are honoring the will of the voters and doing it in a way that’s responsible and also protects those who need to be protected," he said.

The compromise bill came about as a result of Prop. 2 going on the November ballot. Supporters and opponents were gearing up for vicious campaigns when House Speaker Greg Hughes, R-Draper, brought together the Utah Patients Coalition (Prop. 2's sponsor), Libertas Institute, the Utah Medical Association, The Church of Jesus Christ of Latter-day Saints and others to craft an agreement to give Utah a medical cannabis program, regardless of whether the initiative passed or failed.

Supporters of Prop. 2 still urged voters to approve it to send a message to lawmakers. It passed with about 53% of the vote.

"We understand as a group there are some minor changes that need to be made [to Prop. 2], but not the wholesale slaughter of this that it appears the opposition has compromised on," said Doug Rice, the community liaison for Together for Responsible Use and Cannabis Education (TRUCE) which pushed medical marijuana legislation.

TRUCE has vocally opposed the compromise bill and pressed lawmakers to simply enact what voters approved in Prop. 2.

Boyack said Prop. 2 sponsors had no choice but to negotiate.

"If we would just say 'Proposition 2 or die,' the legislature -- as it’s probably going to do with some of the other initiatives -- was going to start monkeying with it and not in a good way for patients," he said.

Still, some lawmakers are uneasy with overriding a ballot initiative. At the House Minority Caucus luncheon on Wednesday, Democratic lawmakers quizzed legislative lawyers on the compromise bill being proposed. Rep. Karen Kwan, D-Taylorsville, said she was troubled that a final bill hasn't really been released for her or the public to see.

"I think voters were already upset with the legislature and that’s why they wrote this, they signed this, they came to vote this in. The thing is, it passed," Rep. Kwan told FOX 13.

House Republicans also were briefed on the bill in the Majority Caucus. Rep. Daw said he believed they have the votes to pass the compromise legislation.

"At the end of the day, it needs to pass. I think it will pass," he said. "It is a much better bill than Prop. 2. And at this point, it’s better than doing nothing. It will pass."

The bill is still being tweaked, but Boyack said there were some key differences:

State agencies are preparing to figure out how to dispense medical cannabis. Utah Agriculture and Food Commissioner LuAnn Adams met with lawmakers on Wednesday to discuss their concerns. Under both, the agency has been tasked with "growing" marijuana (but in reality, they will contract with state licensed cultivators).

Commissioner Adams raised concerns about transporting it and what happens if some of the medical cannabis were to wind up on the streets.

"Make sure that doesn’t get on the black market," she said. "We just want to make sure it’s safe for the public."

TRUCE was urging its supporters to call their lawmakers and Governor Gary Herbert's office to push for Prop. 2 to be implemented instead of the compromise bill. TRUCE was also not ruling out a lawsuit.

"The gamut is available to us. Any of our options are being considered including litigation," Rice told FOX 13.

A public hearing on the compromise bill is scheduled for Nov. 26. You can read the latest draft of the bill here.

UPDATE: FOX 13 obtained a "preservation letter" Thursday morning sent by TRUCE that calls on the legislature and the LDS Church to maintain records relating to the compromise bill in case of a lawsuit.