A dispatcher confirmed there was a crash at 5490 S Vine St. in Murray. Sergeant Jason Coons with Murray City Police said the crash happened around 2 p.m. Thursday.

Coons said a black pickup truck brushed the side of a code enforcement officer’s car and then fled the scene.

According to Coons, a police officer then spotted the truck in a nearby parking lot.

He said the driver of the truck then sped through the parking lot. After exiting the parking lot, it crashed into two other vehicles before rolling into the cemetery.

Coons said the pickup truck was stolen from a dealership.

Police are still looking for the occupants, described as a light-skinned male who was shirtless and wearing red pants, and a light-skinned female wearing a camouflage top. The man and woman fled the scene on foot. 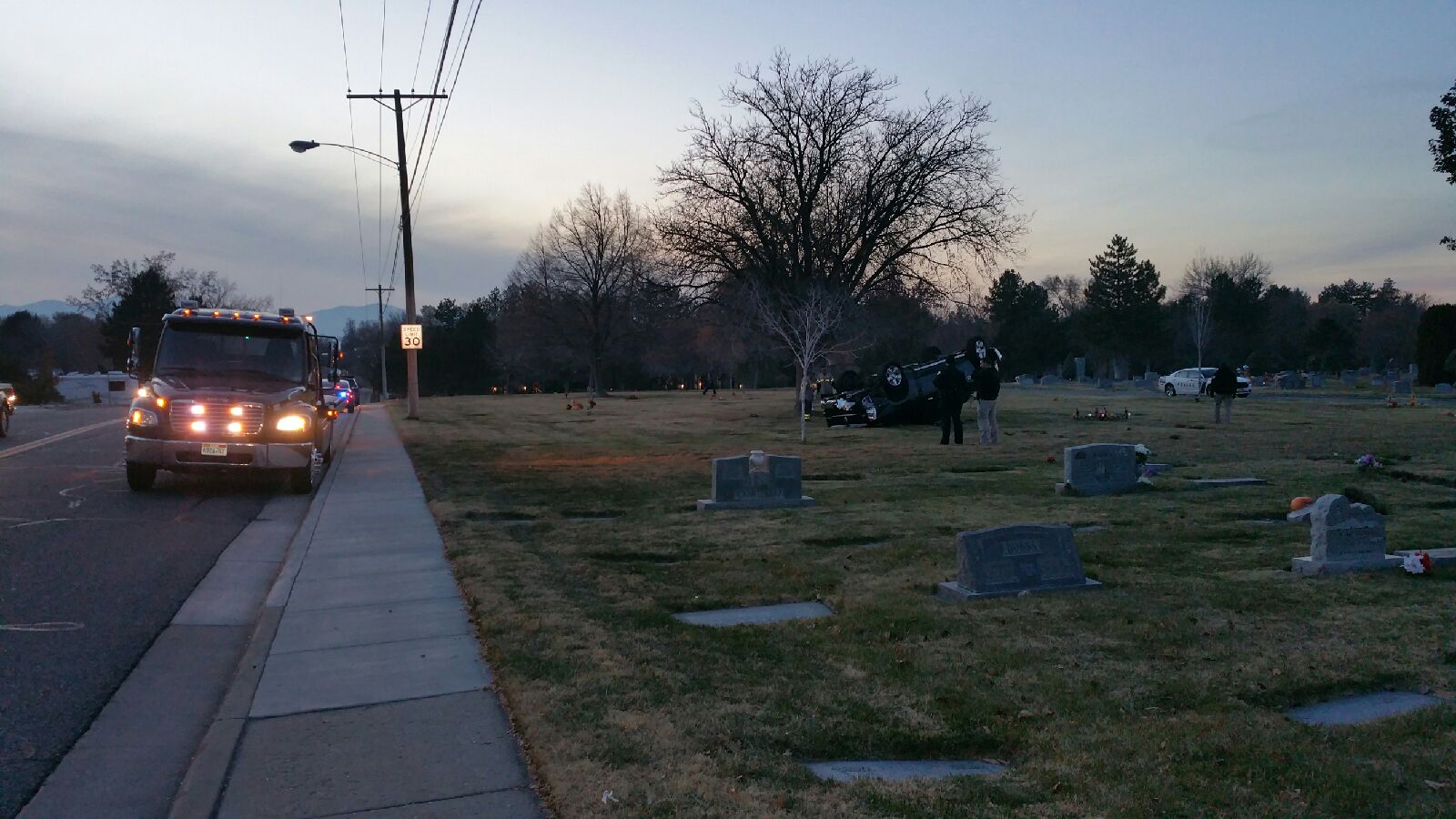