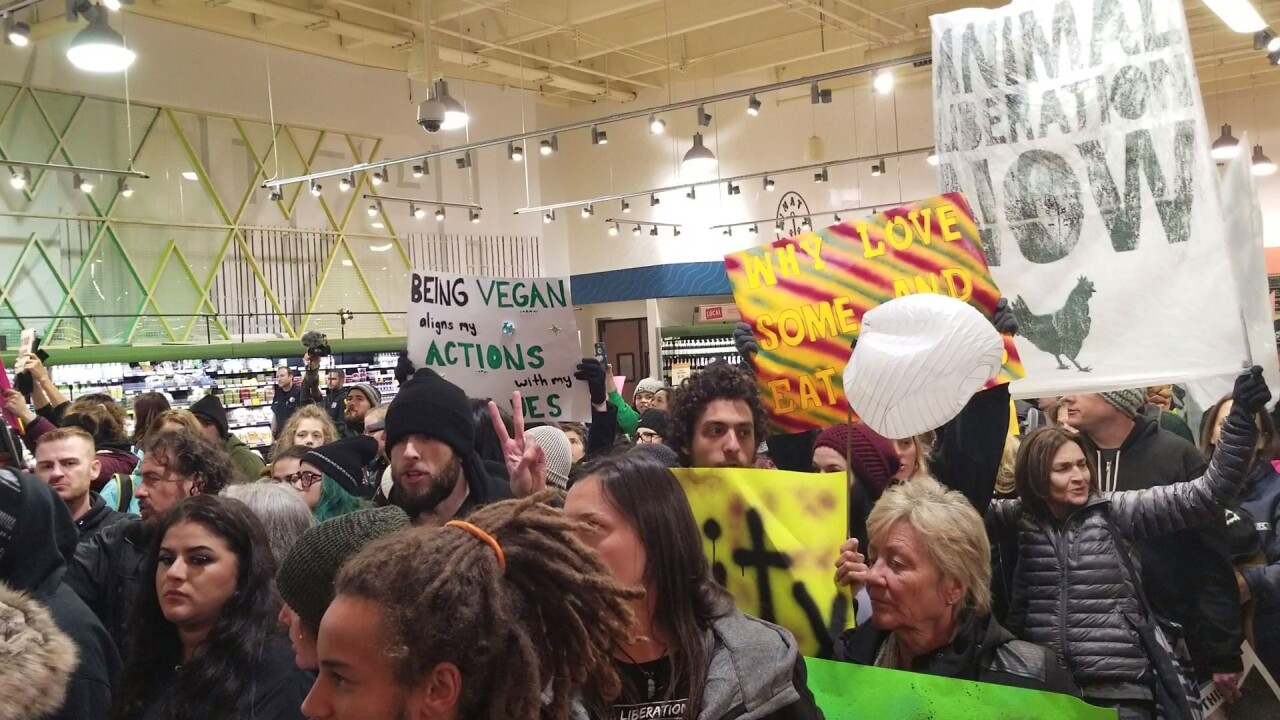 SALT LAKE CITY — A group of animal rights activists entered a Whole Foods in Salt Lake City Saturday, carrying photos of animals, and signs calling for a change in their treatment and the consumption of animal products.

Lt. Ross Amott with the Salt Lake City Police Department said the protestors had a permit to demonstrate in public, but it was unexpected when they entered the Whole Foods at Trolley Square.

Whole Foods called police on the group of protestors, and police arrived on-scene to monitor the situation, Amott said. The group later left the Whole Foods and dispersed. It was unclear whether anyone would be charged following the incident.

A press release sent to Fox 13 called the protest the “Official Animal Rights March-SLC.” The protest was supposed to feature PETA founder Ingrid Newkirk, as well as, “dozens in attendance [who] are facing multiple felony charges related to open rescues in Utah and California, which activists say is an abuse of the legal system intended to conceal corporate misconduct.”

Five animal rights activists face charges that could land them up to 60 years in prison after the Utah attorney general says they stole two piglets from a hog farm in Beaver County. It was unclear if those individuals were in attendance.

The protest began at the Union Pacific Depot at 4 p.m. Saturday. It was not known if the protestors planned to go to Whole Foods prior to the protest taking place, or if it was a spur-of-the-moment decision.