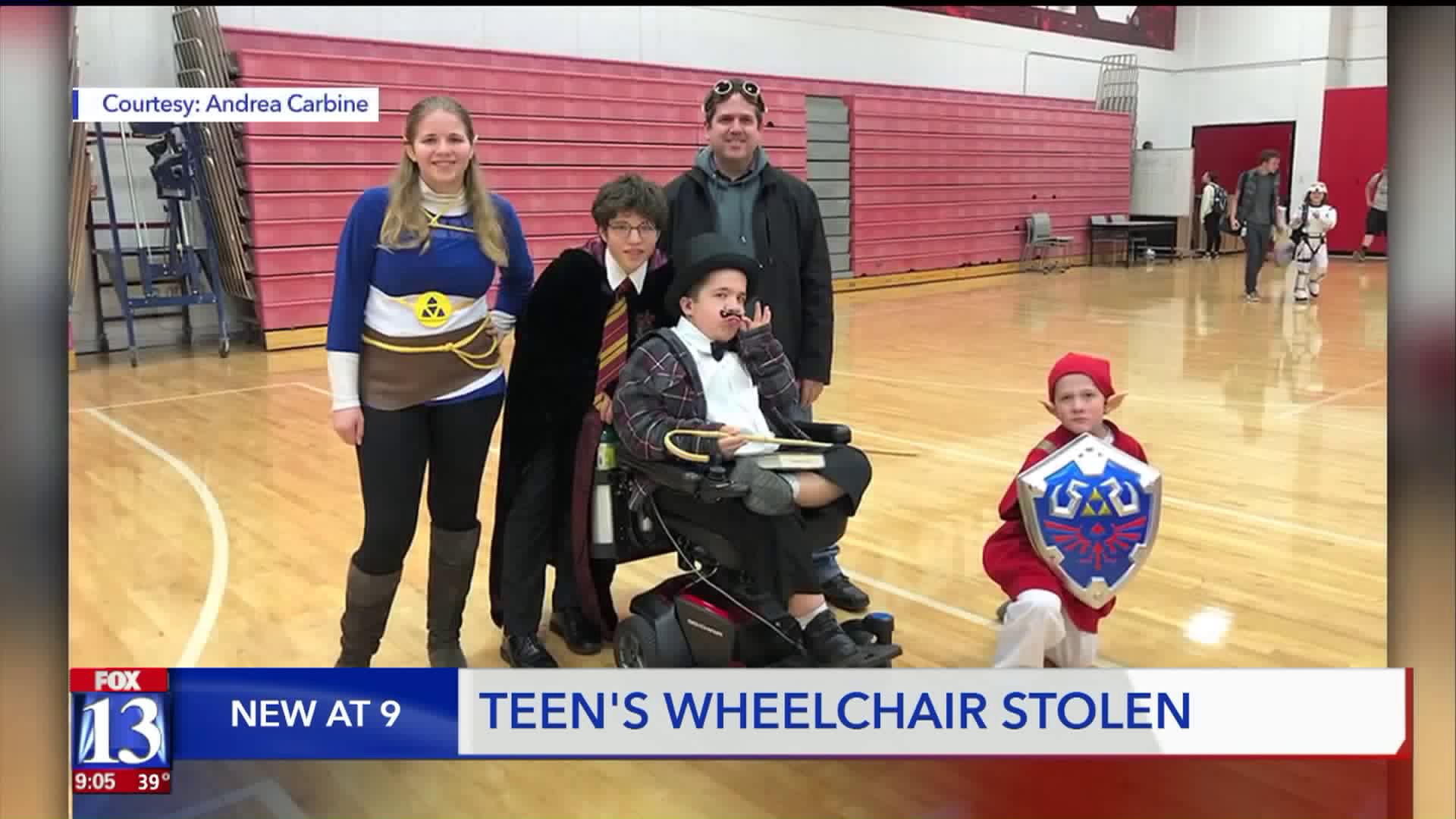 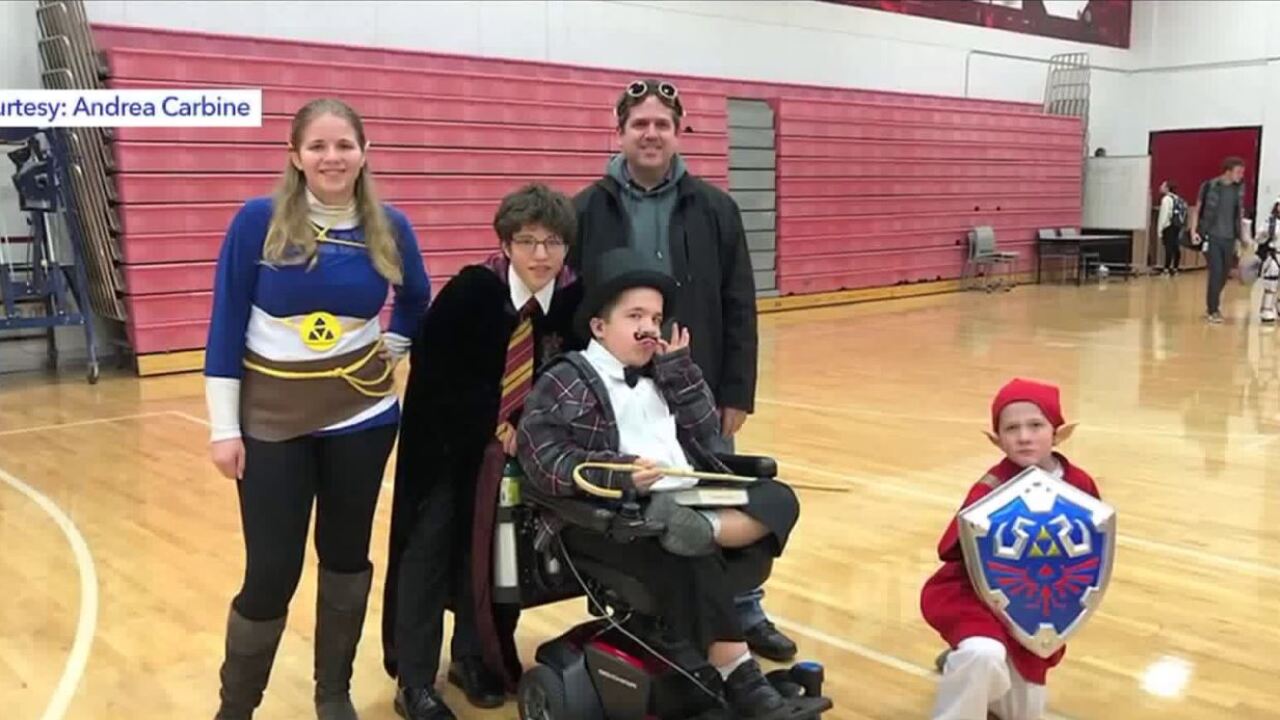 SALT LAKE CITY -- A Salt Lake City family is asking the public for help to find a stolen custom electric wheelchair for their disabled teenager, that disappeared from the family vehicle a couple days ago.

Mom Andrea Carbine said she thought she locked the doors to their Suburban Tuesday night, but on Wednesday morning, she came out to find thieves had rummaged through their SUV. When she opened the back door, she realized her son Rhett’s wheelchair was missing.

When he was a year old, Rhett started years of surgeries to expand his rib cage. When he was around 10, he said his ribs and lungs stopped growing.

“I don't take in as much oxygen as a normal person would, because of my small lungs,” he said.

With the lungs of a child, the 19-year old can’t breathe without an oxygen tube. Andrea said his lungs only function at 11 percent.

While walking around his house, Rhett is always tethered to his oxygen machine. The long hose connects from his nose, to the machine—which is constantly humming and pumping fresh air. He carries slack from the hose with him where ever he goes.

Rhett can’t walk long distances, and he isn’t able to leave the home without taking his oxygen tanks. Because of that, the family said he uses an electric wheelchair with a special metal oxygen tank storage system.

It allows him to move and breathe without relying on others. Rhett said he loves to go visit friends in the neighborhood. “People probably see me zooming around, down the street,” he said, gesturing out the front window.

“He is serving a Church mission right now,” she said. “I take him downtown, I take out his wheelchair, put him in his chair. And, he has the independence to go do his mission.”

After Andrea discovered the wheelchair stolen Wednesday morning, she said she couldn’t understand why someone would see the oxygen tanks and medical equipment, and make the decision to take the wheelchair.

“Why would they take that?!” she asked, bewildered.

Rhett is wondering the same thing.

“Why would they steal my wheelchair?” He asked. “I use it… on a daily basis.”

Thankfully, Andrea said Shriners Hospitals for Children in Salt Lake City offered a loaner wheelchair. They fitted it with a makeshift oxygen holder for now, but she said it’s temporary until the family can figure out how to replace Rhett’s $8,000 wheelchair.

“I don't know what we're going to do, or how we’re going to replace it,” she said.

Salt Lake City Police said it is investigating the theft case. The electric wheelchair has red plates on the bottom and a metal rack on the back for oxygen tanks. Anyone with information is asked to call 801-799-3000.