Eleven rescued from fourplex fire in Roy, all treated for smoke inhalation 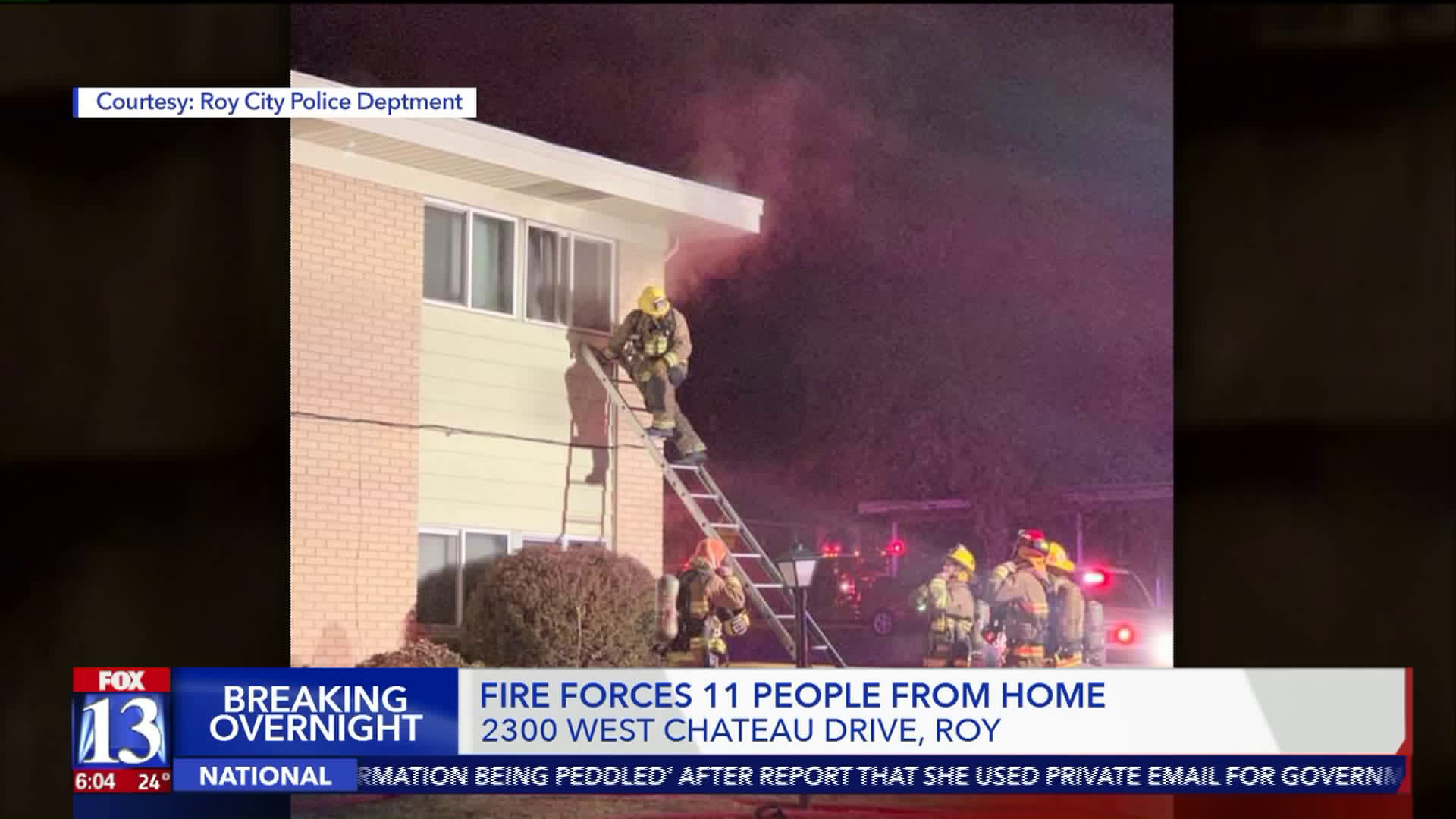 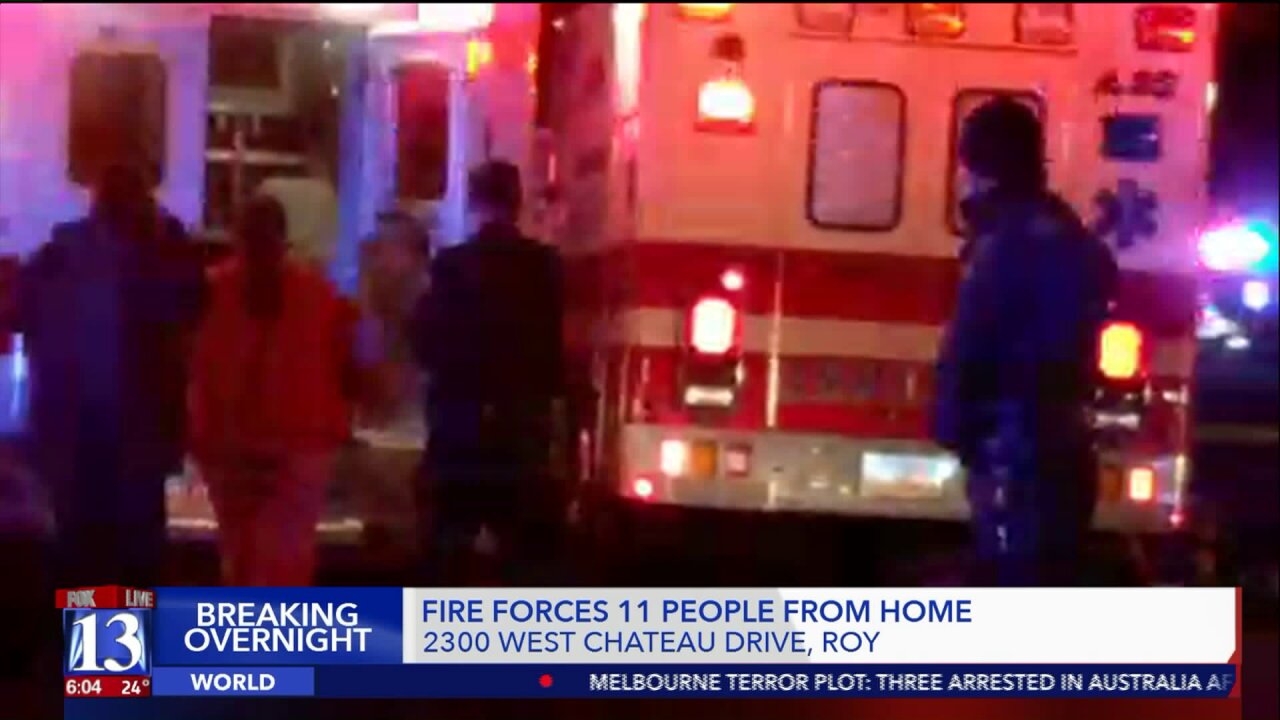 ROY, Utah – At least 11 people are out of their homes Tuesday morning as authorities investigate the cause of a fire that broke out at a fourplex of apartments.

When officers arrived on scene they started pulling people out of the home. Officers rescued more than five children and six adults, all of whom were treated for smoke inhalation. Roy police initially said 11 people evacuated, but later updated that number to 14.

A resident said he watched fire fighters rescue a young boy by jumping through a window to save him.

"Red Cross has been notified and I believe that they are en route to assist with the housing of the displaced families,” Officer Stewart Hackworth of the Roy City Police Department said.

The officers who participated in the rescue are recovering from smoke inhalation as well.

Hackworth said there were animals in the residence.

“There was also reportedly one cat and one dog that have not been accounted for at this time,” Hackworth said. Roy police later said the dog had died.

Crews were able to control the fire quickly but remained on scene overnight to monitor hot spots.