KANARRAVILLE, Utah -- A baby bobcat was captured in a chicken coop Wednesday morning, and the pint-sized predator was basking in the warmth rather than ruffling feathers.

A man in the Kanarraville area called Iron County Sheriff's Office after discovering a young bobcat in his chicken coop around 8 a.m. Wednesday.

Deputy Michael Hilleger put on leather gloves before nervously stepping into the coop. He first tried shooing the animal out of the coop. When that failed to entice the bobcat to leave the warm coop, the he lifted it by the scruff hair and then released the animal in a nearby field.

The man who first made the call snapped photos of the whole event.

Video courtesy the Iron County Sheriff's Office shows the cat's unhappy reaction to the relocation. After Hilleger released it, it seemed to make a run back for the chicken coop — but thankfully continued on its way.

"I did not expect to deal with a bobcat, especially right there, first thing in the morning," Hilleger said. "That was a strange call for me, for sure."

The bobcat didn't hurt any of the chickens. In fact, Hilleger said the chickens were totally calm with the bobcat inside.

Watch the full video of the bobcat's removal below. 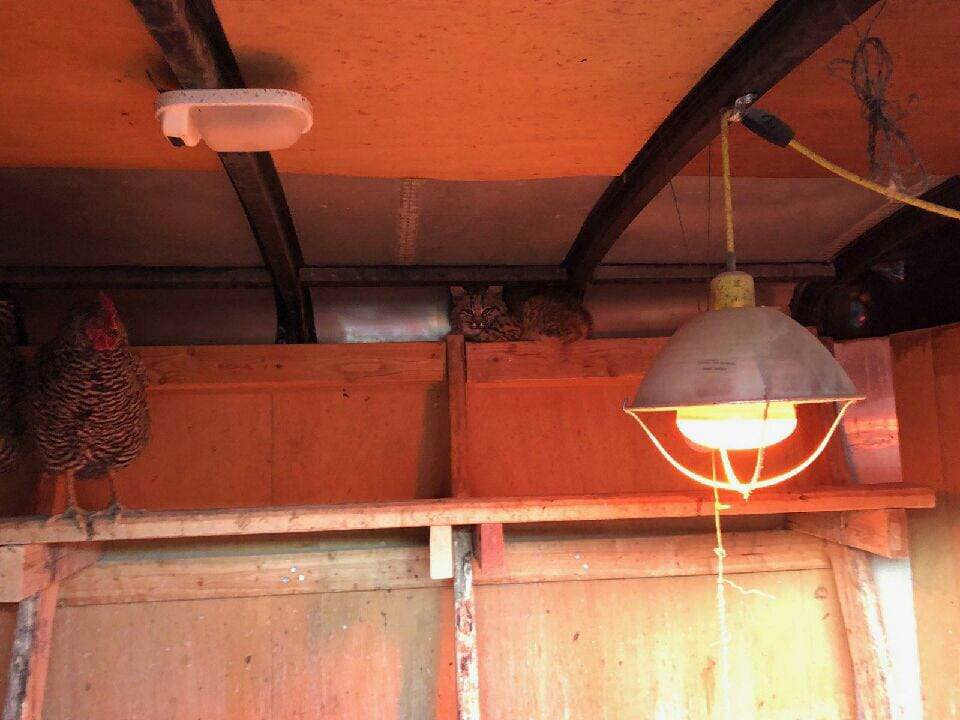 Wild Aware Utah provides tips for avoiding animal encounters as well as advice for how to react should you encounter wild animals.

See below their advice regarding bobcats: