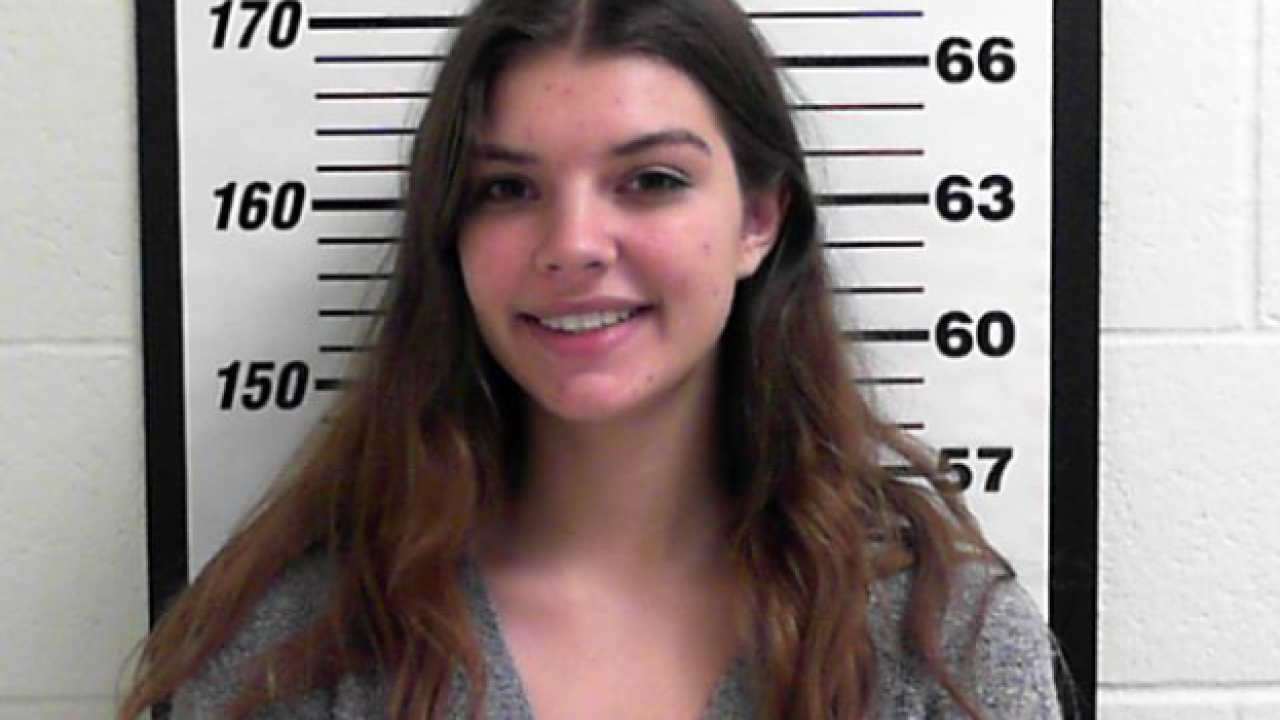 DAVIS COUNTY, Utah — A teen was arrested in Davis County Friday after allegedly burglarizing two vehicles and having multiple financial cards that did not belong to her in her possession.

According to an affidavit of probable cause released in 2nd District Court, on Nov. 23 officers were dispatched to an area in Davis County where three individuals were allegedly looking into a vehicle.

When officers arrived on the scene, they said they saw a female, who was later identified as Skyla Ocean Rhorer, 18, walking away from the area with a backpack.

Officers stopped Rhorer, the probable cause statement, and asked her why she was in the area. She was unable to identify what city she was in, the affidavit said.

Investigators speaking to Rhorer were informed that another officer had detained an unnamed male in the area, and he had items on his person that did not belong to him, according to the affidavit. Officers decided to inventory the backpack Rhorer had on her, based on the information given to them by their colleague who detained the male.

“I found two wallets with government issued ID’s to other individuals as well as financial cards,” an arresting officer wrote in the affidavit, describing what he found in Rhorer’s backpack.

Investigators also stated they found charging chords for vehicle power, GPS and cell phone mounts and cigarettes, all of which indicated that Rhorer may have been stealing from vehicles, the affidavit said.

Rhorer did not have any explanation as to why she had 20 financial cards, two drivers licenses and one checkbook that did not belong to her, investigators said.

Rhorer was transported to the Davis County Jail and booked for 20 counts related to unlawfully possessing a financial card, all third-degree felonies, two counts of burglary of a vehicle, both class-A misdemeanors and one count of purchase of possession of tobacco by a minor, a class-C misdemeanor.