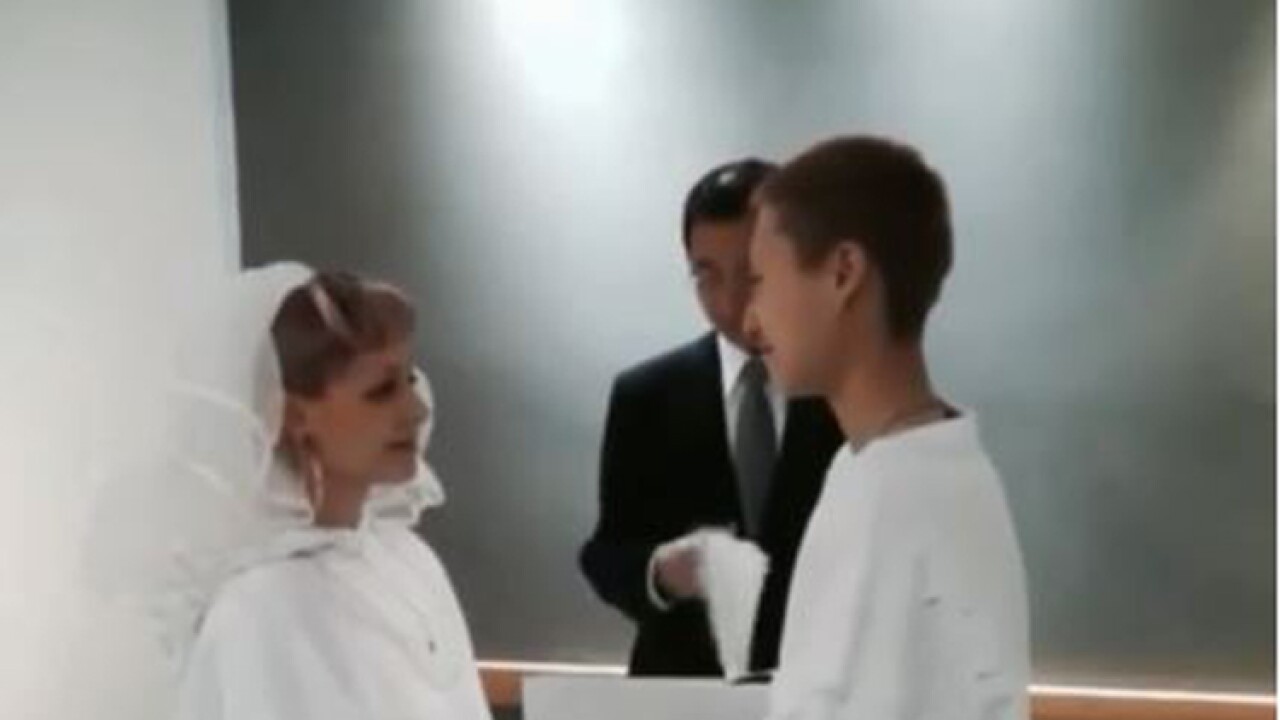 Nineteen-year-old Ng posted a photo of the pair wearing white on Instagram, along with the caption “Love always wins. Always…”

“Back to Hong Kong as wife & wife,” reads the caption for an image on Autumn’s account.

“With this love, comes unbelievable strength and confidence to ignore our own pain, shut down our ego, and know exactly who we are and what we want,” it continued.

Ng is the daughter of movie star Chan and former beauty queen Elaine Ng, who had an affair in the late 1990s. Chan has been married to Taiwanese actress Joan Lin since 1982.

In May, the pair posted a video to YouTube in which they discussed being homeless in Canada, blaming “homophobic parents.”

“We pretty much slept under a bridge and other things,” said Ng. “We’ve been to the police, hospitals, food banks and LGBTQ community shelters, and all of them just don’t give a s**t.”

Things now appear to be looking brighter for the newlyweds.

The pair were married in Toronto but have since returned to Hong Kong, where same-sex marriage is not currently legal.

In July, the government announced that it would recognize overseas same-sex partnerships when assessing visa applications.

LGBT rights are subject to heated debate in Asia, and discrimination against the LGBT community is deepening in Indonesia, Malaysia and the Philippines.

Then, on November 25, Taiwanese voters rejected same-sex marriage in a referendum, dealing a blow to the LGBT community and allies who hoped the island would become the first place in Asia to allow same-sex unions.