(KSTU) -- Over 200 crashes were reported in Utah Sunday after a winter storm slammed areas of the state, bringing slick roads and dangerous driving conditions.

Officials with the Utah Highway Patrol said that as of 6:50 p.m. Sunday, there were 221 crashes reported on Utah highways.

In Nephi alone, troopers responded to more than 70 crashes along I-15.

Photos of some of the crashes in Nephi were released by UHP: 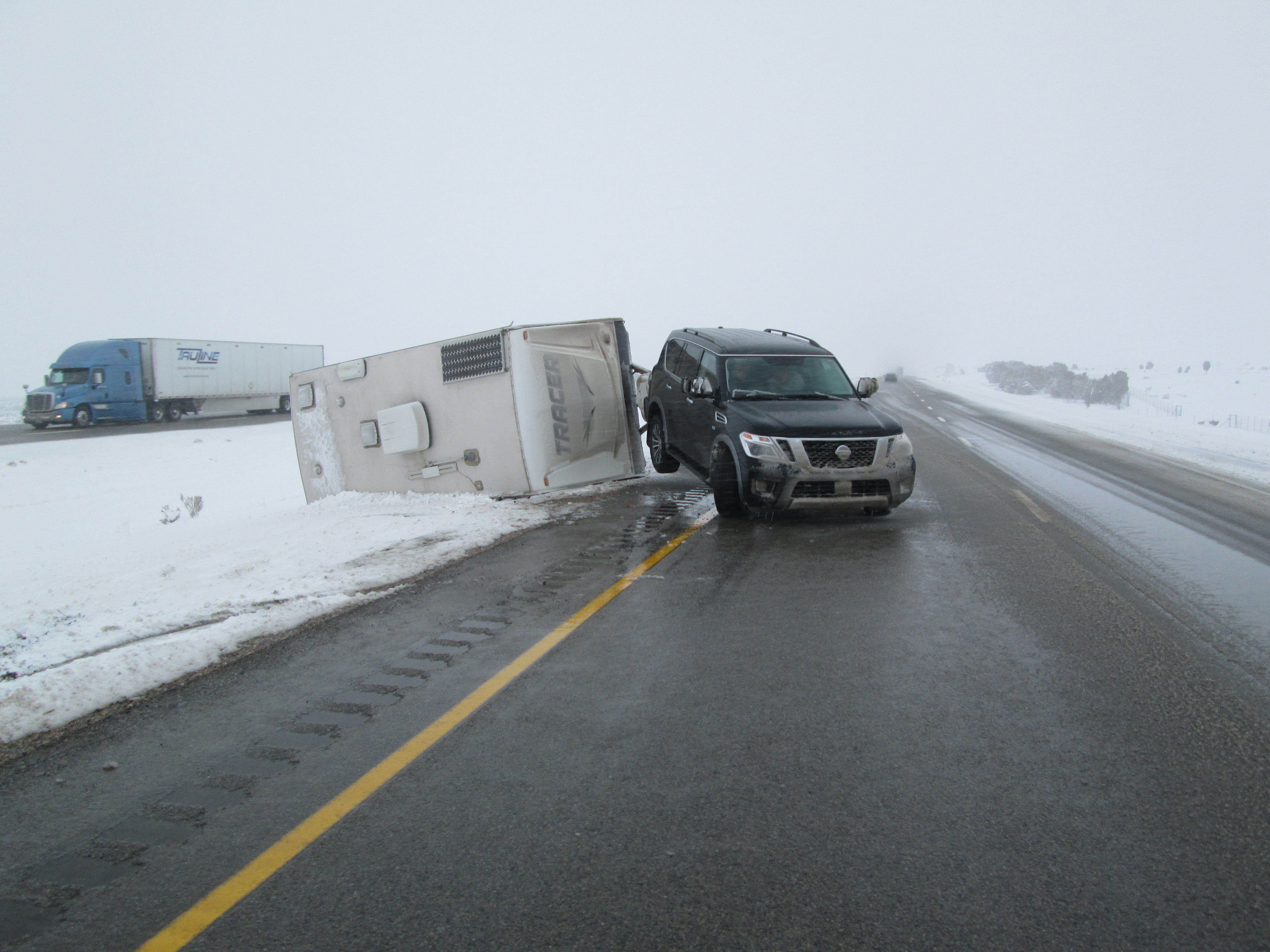 UHP issued a plea to drivers to use caution and to "SLOW DOWN," and to increase following distance to avoid colliding with vehicles who suddenly stop or slide.

“With storms like this, the road temperature is very important to watch. Once it gets down below thirty-two degrees and especially if the air temperature is colder the snow can stick really fast and make icy conditions," said Lee Squires, a UDOT Transportation Technician. “Traction problems are going to be your number one problem.”

Many Northern Utah valley locations were forecasted to see one to four inches of snow Sunday. In areas of Tooele, the National Weather Service (NWS) reported that 12 inches of snow fell.

Drivers were urged to use caution if traveling west toward Tooele Sunday evening. Slick road conditions were reported as well as reduced visibility due to "enhanced snow," NWS said.

The snow that was hitting Tooele and western parts of the Salt Lake City area was expected to move east as the night progressed.

Meanwhile, UHP officials are urging drivers to play it safe.

“Help us get the word out…PLEASE SLOW DOWN,” UHP stated. “If you think you’re driving slow enough…knock 10-15 more mph off your speed…that’s probably about right.”