Goiânia, Brazil -- Footage of authorities arriving at an alleged knife attack at an LDS Church Sunday shows multiple vehicles rushing to the scene of the incident, and an image shows an individual, who is covered in blood, being taken into custody.

Bill Guerra Mochilink, a local reporter from Goiânia who provided the photo and video, said that a man entered the church, which is located in the Colina Azul Sector of Goiânia, and injured multiple people with a knife.

Officials with the Church of Jesus Christ of Latter-day Saints stated that four people and the suspect were injured during the incident.

Mochilink stated that initial reports said that two people were in serious condition following the attack.

"There is still no information on what would have motivated barbaric crime," Mochilink wrote in Portuguese.

“The Church is providing support to those who were present during the incident, and we are praying for all involved,” the church's statement said.

Video of authorities arriving to the incident can be seen below:

Additional photos of the suspect can be seen below: 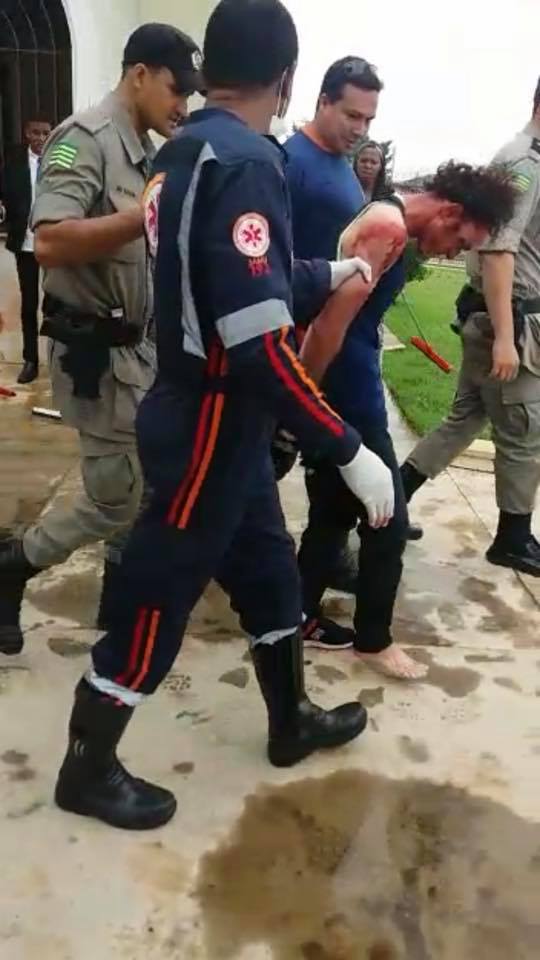