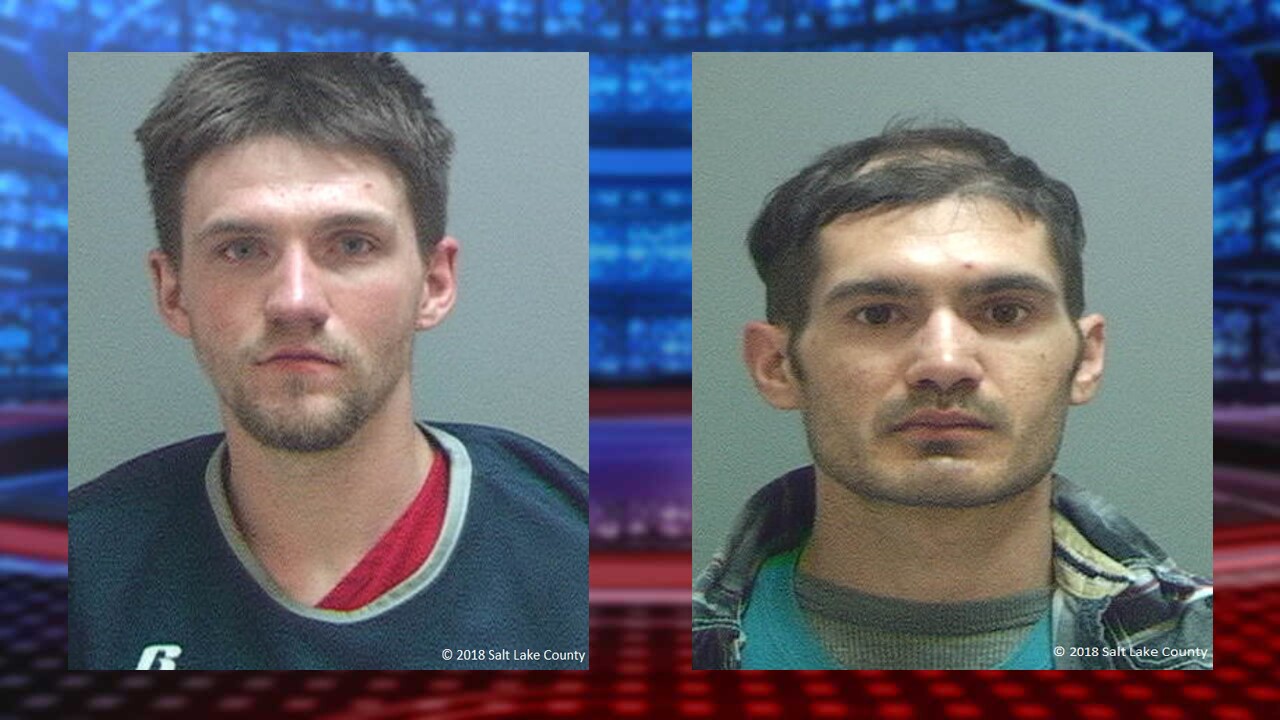 According to a probable cause statement, on Monday David James Tuscic, 36, and Brody Winkler, 23, committed several vehicle burglaries between West Valley City and Cottonwood Heights.

“Brody was caught on video on at least one of these Burglaries, and is a suspect in many more,” the statement said. It was unclear how many burglaries Winkler may have committed.

Police stated that the vehicle Winkler was driving during the alleged burglaries was stolen.

“Inside the vehicle were numerous stolen items, as well as a stolen laptop computer,” the statement said.

Tuscic was booked into jail under suspicion of two counts of burglary of a vehicle.

Officials with the Cottonwood Heights Police Department said that Winkler was arrested on Nov. 14 for attempting to flee UPD officers.