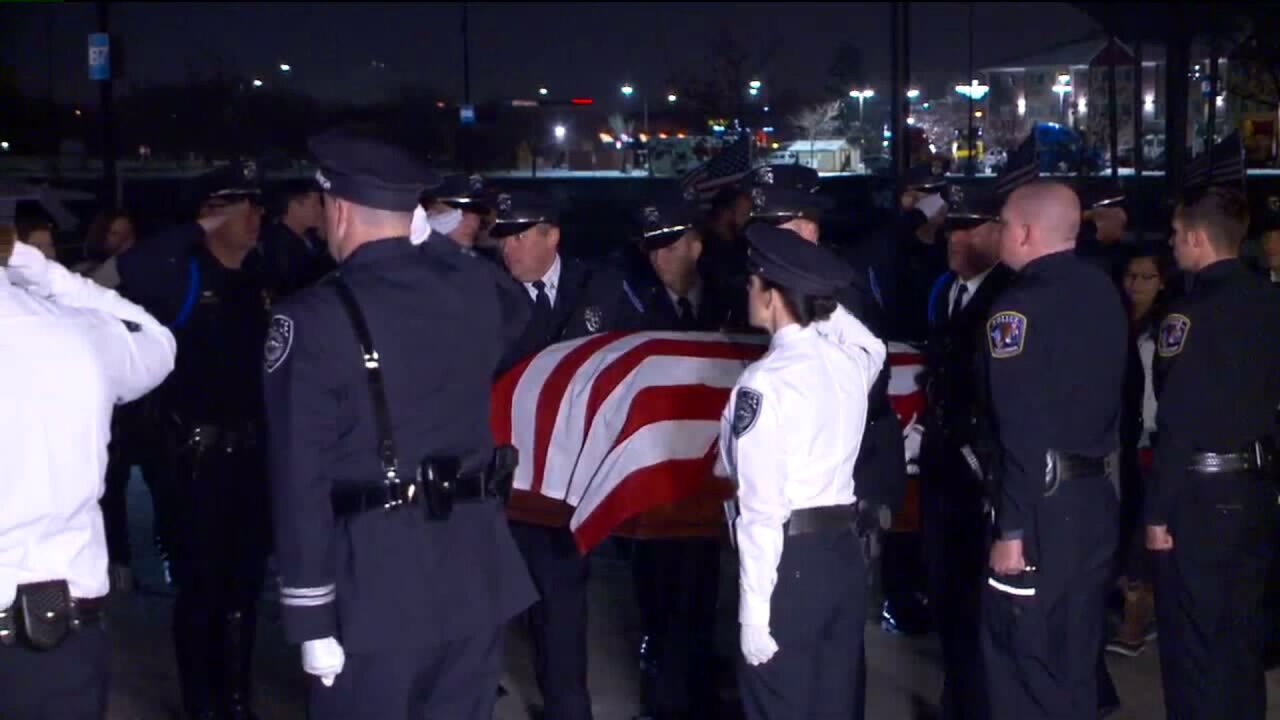 Romrell, 31, was killed November 24 after he was hit by a car driven by suspects fleeing an apparent burglary.

Romrell served with the Marine Corps. before joining the South Salt Lake Police Department. He had been with the department for just under 11 months when he was killed and leaves behind a wife and 4-month-old baby.

The funeral began at 11 a.m. A procession escorted Romrell to the Larkin Mortuary in Sandy following the services. You can view the full service below: