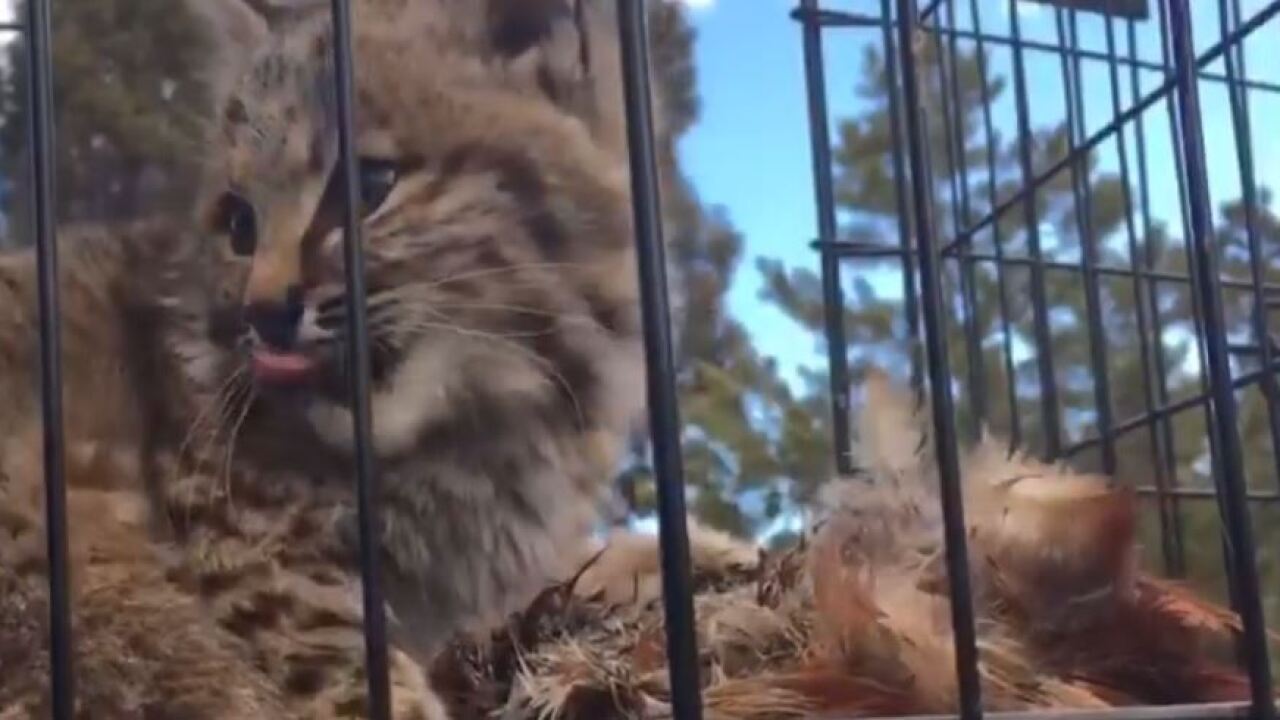 KANARRAVILLE, Utah — A young bobcat who was released into the wild after being found in a chicken coop somehow made its way back into town, officials said Friday.

According to officials with the Utah Department of Wildlife Resources, the young cat had been eating someone’s chickens in a coop in Kannaraville.

The bobcat was captured, and officials took the animal to the mountains to the west of the town, DWR stated, but it wasn’t long before it returned.

“This time, he’d found his way into a dog house,” DWR officials said. It was unknown if the cat injured a dog or another animal.

DWR officials were able to locate the animal again, and after it was fed pheasant and roadkill deer, it was released to a more remote area farther away from town, DWR said.

“Even though the cat is young, with a little food supply, he has a good chance at surviving in the wild,” officials said.

A video of the bobcat being released for the second time can be seen below: