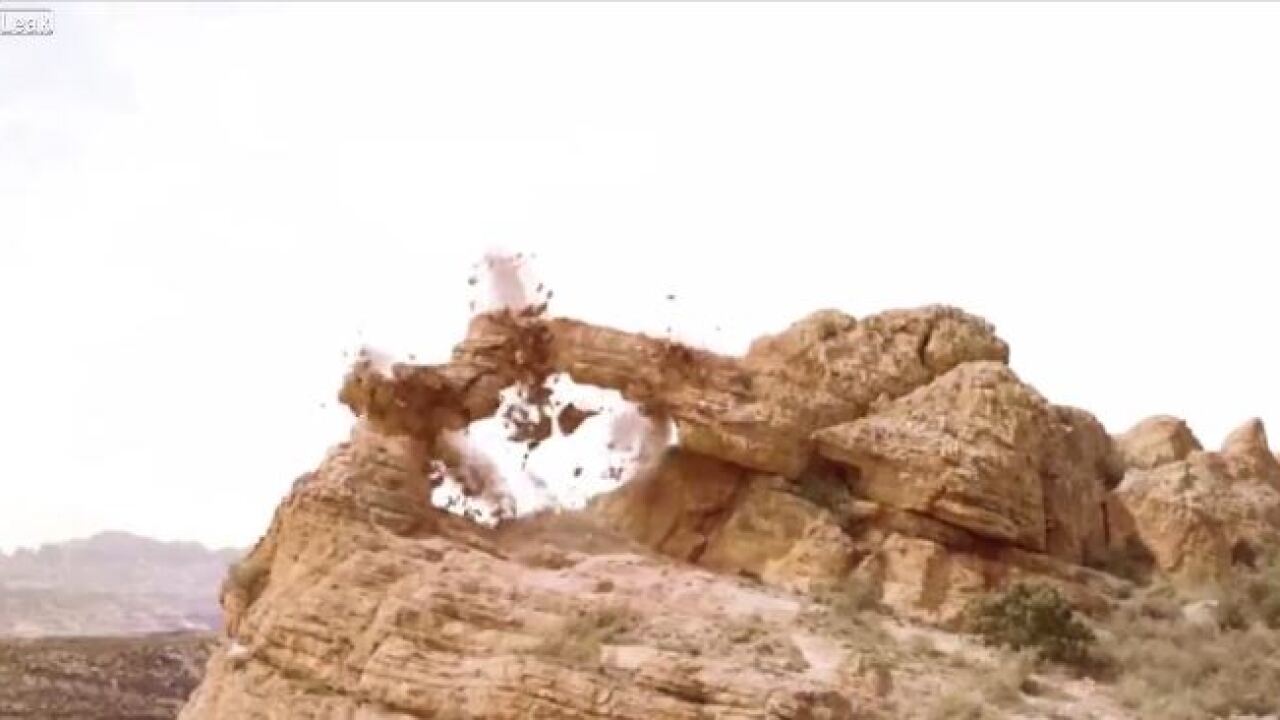 (KSTU) — Videos making the rounds on the internet purportedly show multiple rock formations being destroyed, and the original poster of the video said the incidents occurred in Utah.

One video that the poster said shows an arch being blown up was originally posted on Live Leak, and was titled “Utah arch destroyed.” The video was also posted to YouTube shortly after:

An additional video that appeared to show Hoodoos, long towers of rock with boulders precariously perched on top, being toppled was posted to YouTube Monday, with the title “Ecoterrorism : Utah Hoodoos Being Destroyed.”

Fox 13 has not yet confirmed that the videos are authentic and has reached out to the National Parks Service, Bureau of Land Management, Utah Division of Forestry, Fire and State Lands and numerous state and national parks to see if any sort of rock destruction or explosions had been reported.

The Salt Lake Tribune spoke with a hiker who believes he recognizes the location where the footage was captured, and images of that area do not show the rock formations pictured in the videos.

The Tribune also spoke with several video experts who expressed skepticism about the authenticity of the footage, click here for those interviews.

Many comments on the posts questioned the authenticity of the videos, while others expressed shock that anyone would purposefully destroy the formations.

The Utah Department of Natural Resources and Division of Parks and Recreation released the following statement on the videos:

“The Utah Department of Natural Resources and Division of Parks and Recreation learned of these videos today.

We are currently working to determine the authenticity of both and reaching out to other state and federal agencies to identify the exact locations.

The destruction of natural rock formations on public land is a crime and will be prosecuted. Formations like hoodoos and arches take tens
of thousands of years to form and can be destroyed in seconds when people act carelessly and irresponsibly. Please protect Utah’s public lands. Report abusive behavior like vandalism and enjoy the outdoors responsibly.”

Natural rock formations like hoodoos and arches are vitally important to Native American tribes in Utah, the National Parks Service said. Many tribes in the La Sal Mountains and near Moab performed culturally important rituals near arches and geological formations.

In 2017, Dr. Richard Stoffle of the University of Arizona presented a study, stating that tribes in Utah described arches as “portals in space and time,” that play an important role in religious practices.