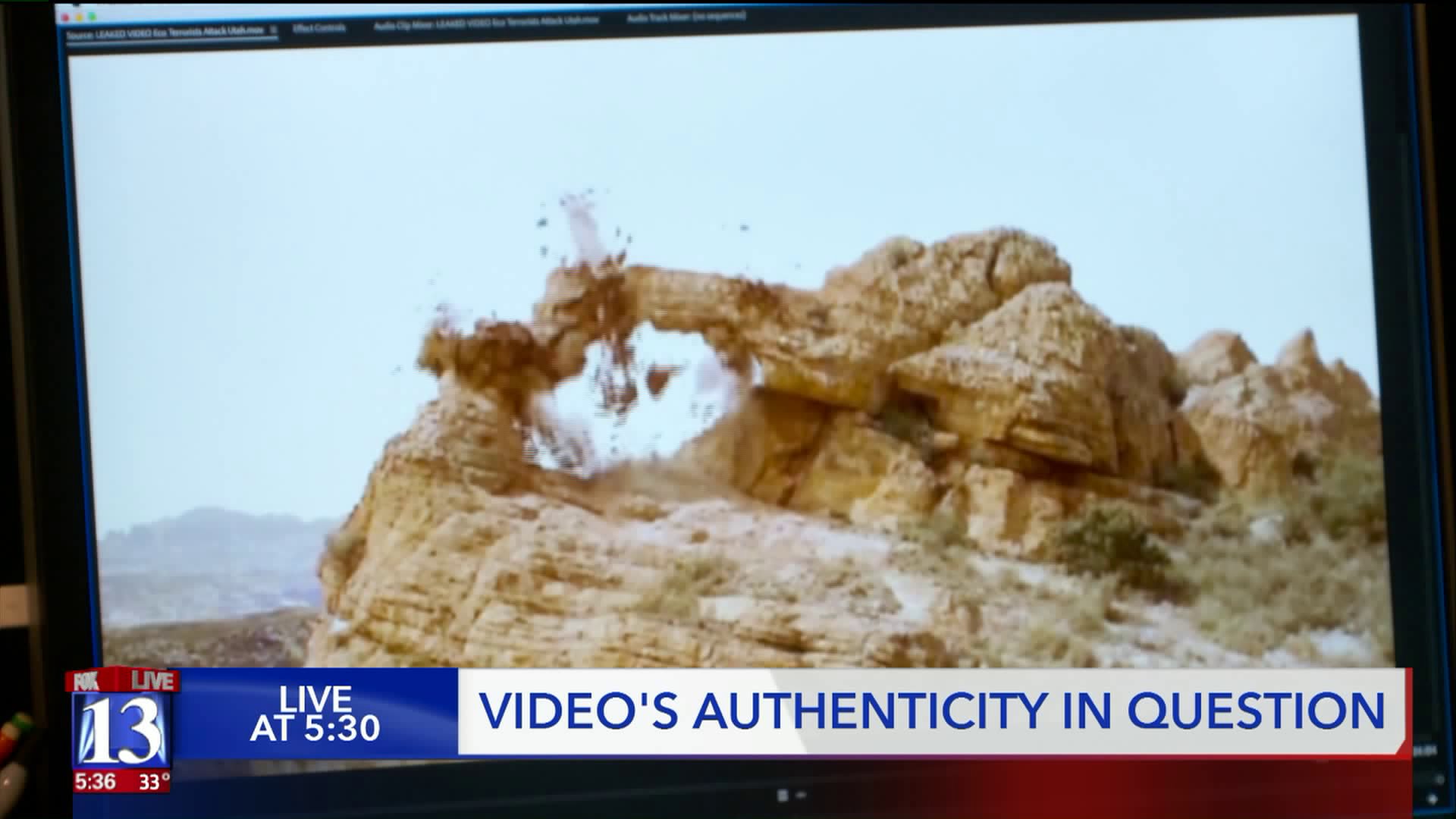 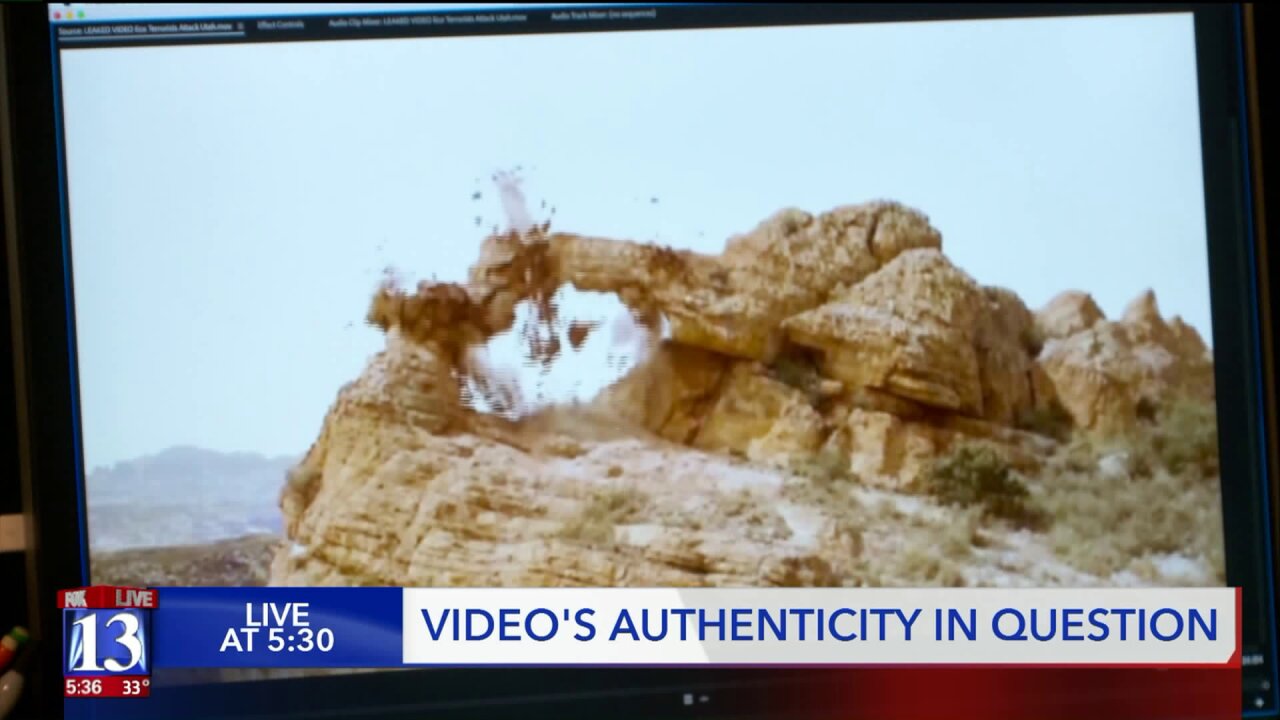 SALT LAKE CITY -- Everyone wants to know, are the videos of rock formations exploding in Southern Utah, real or fake?

Fox 13 sat down with Ben Burrell, the Visual Effects Supervisor at local production company, Cosmic Pictures, to get his expert opinion.

“In the real world it doesn't happen that perfectly,” Burrell said.

Burrell has 15 years of experience in visual effects.

“From a technical standpoint, it was very well done if it wasn't real,” Burrell said.

When looking at this video of the arch exploding, he's skeptical because everything is symmetrical and falling towards the camera.

“It just seems too art directed and pretty," Burrell said.

However, Burrell says to get some of the realistic looking details, like the coloring of the smoke, would've taken at least two weeks to compose.

He's even more skeptical of the video featuring the hoodoo because the camera shakes before the explosion.

He says that may be because the first frames are the hardest to get to look real.

“This is hiding something at the beginning of the explosion, where it could be hiding the fact that they couldn't pull off a good looking initial burst like it's the wrong timing," he said.

Burrell believes the video was done with a technique called photo-grammatry, where an advanced camera creates a 3D model. He provided an example of a picture he took recently during a trip to Goblin Valley.

“If I walked around that hoodoo then I would have a 3D model of it," Burrell said. "And then that 3D model I could take into a program called Houdini and run fracture simulations and all the smoke and things like that."

The question is, why would someone go to all the trouble?

“If I was looking for a fracture artist, after seeing this I would definitely hire them,” Burrell said.

So, they're either trying to get hired or they're talented demolition artists.

“If it is real they did a very good job setting it up, so it demolished in a way that was aesthetically perfect for their shot,” Burrell said.

In other words, if it's fake or if it's real, it wasn't easy to accomplish.

The Utah Department of Natural Resources is still actively trying to determine the authenticity of the videos.

Here's a link to Cosmic Pictures, the website of the special effects company where Burrell works.