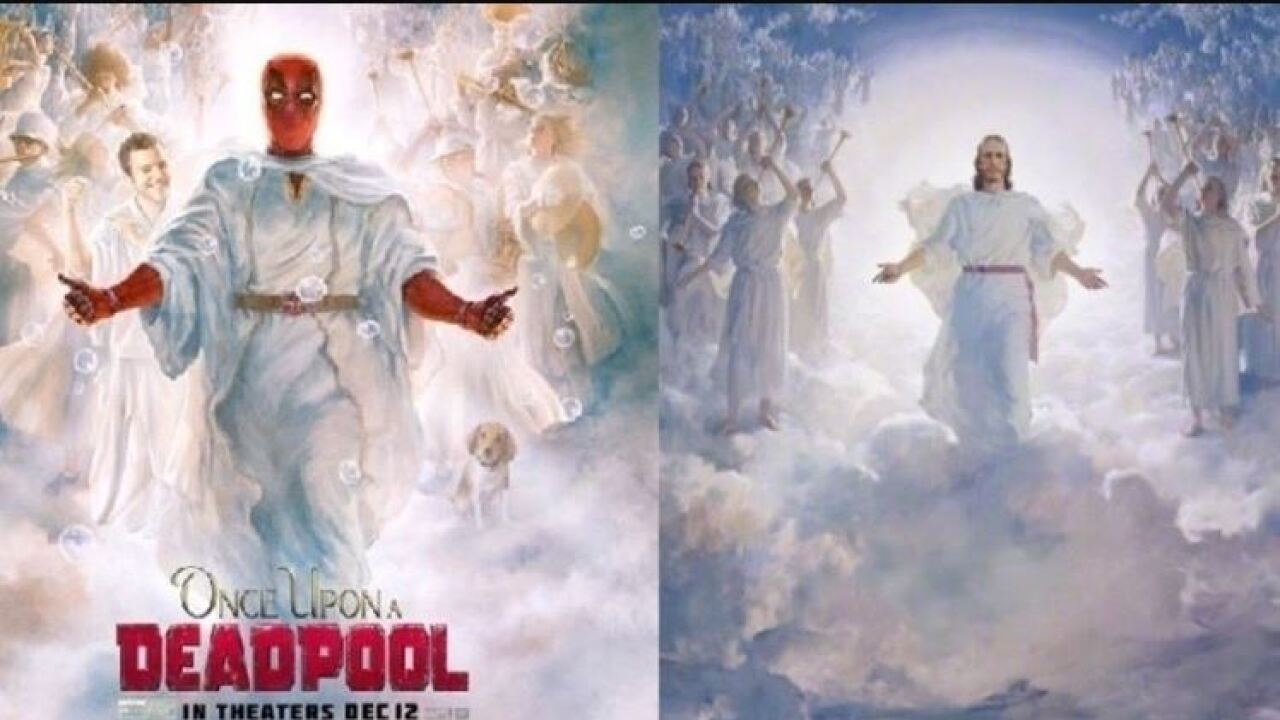 (KSTU) — Thousands of people have signed a petition calling for a poster promoting the new ‘Once Upon a Deadpool’ movie to not be used or posted “in any manner,” saying it is a form of religious discrimination.

The petition, which was posted to change.org, said the poster resembles the picture “The Second Coming,” which shows Jesus Christ surrounded by angels.

“Deadpool is positioned exactly as Jesus Christ was and is wearing a white robe,” the petition said. “It is unknown if the picture was used to intentionally mock the Church of Jesus Christ, but it is clear it was copied from the original picture.”

The petition went on to say that the use of the poster was a form of religious discrimination, and asked that it not be used in any way.