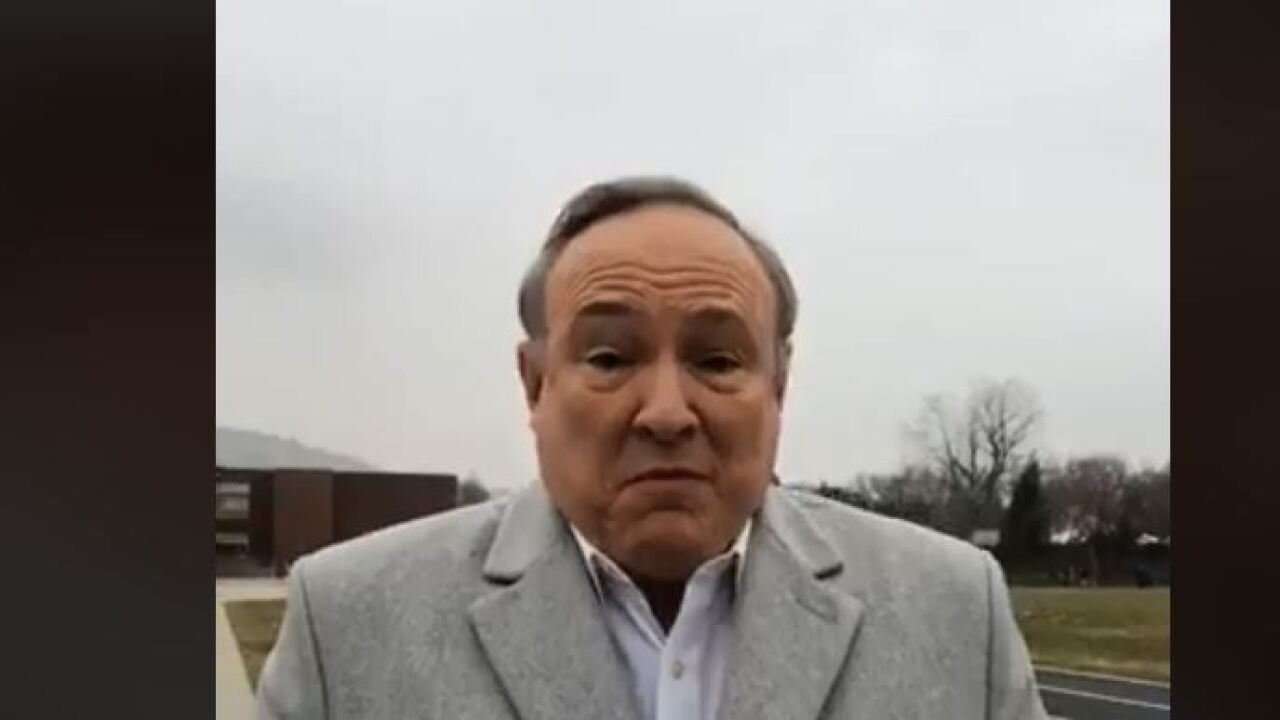 Dabakis made the announcement via a Facebook live post while standing outside Rose Park Elementary School in Salt Lake City.

During his announcement, Sen. Dabakis said a mayor should be three things. He said mayors should  be ambassadors for their city as well as capable of running a business, adding a city is a multi-million dollar a year entity.

Finally he said a mayor should be focused not just on current issues, but on future generations.

Dabakis said he knows all of those currently in the race and hopes more people will join him, saying that's how democracy is best served.

"I will be running for mayor," Dabakis said. "I'm not running against anybody. I happen to know all the people who are in and I hope a bunch of other people will get in. This ought to be democracy at its best. If you're thinking about getting in: Jump in the water!"

Dabakis announced earlier this year he would not seek re-election to his seat in the Utah State Senate.

While a popular figure amongst left-leaning people in Utah, Sen. Dabakis did not advance much legislation. Many of the causes he championed were blocked by the Republican supermajority with which he found himself frequently at odds. Occasionally, he also clashed with members of his own Democratic caucus on issues.

Sen. Dabakis maintains a strong social media presence and an email list that reaches thousands to rally around causes he supports. Earlier this year, campaign records show the political action committee tied to him, Utah Progressives (run by his husband, Stephen Justesen) closed in June.

Sen. Dabakis previously endorsed incumbent Mayor Jackie Biskupski before running against her and then dropping out in the same election cycle in 2015. After she was elected, she sought to appoint him to the Utah Transit Authority board because of his criticism of the scandal-plagued entity. The City Council, however, rejected him.

Mayor Biskupski told FOX 13 last year she plans to seek re-election, and businessman David Ibarra announced last month he intends to run for Mayor as well. Former Salt Lake City Councilman Stan Penfold has also announced he will run. David Garbett, the executive director of the Pioneer Park Coalition, has filed for a political committee to explore a mayoral run.

In a statement, the mayor welcomed Sen. Dabakis to the race:

"I’m looking forward to the campaign and talking about our accomplishments over the past 3 years, including addressing air quality through a clean energy plan and more transit options, increasing affordable housing, and building a robust economic development department which has brought nearly 9,000 jobs to Salt Lake City," she wrote.

In a press release announcing Tuesday's announcement, Dabakis shared poll results indicating that if the race were held now between the candidates above and former Senate Minority Leader Ross Romero, 27% of respondents favored Sen. Dabakis over 21% for Biskupski with 42% undecided.

"I believe we are letting our children down and we are not doing what we should be doing particularly to at risk kids," Dabakis said.

The poll was conducted by Lighthouse Research for Sen. Jim Dabakis and polled 410 residents of voting age in Salt Lake City. The results as provided by Dabakis are below.