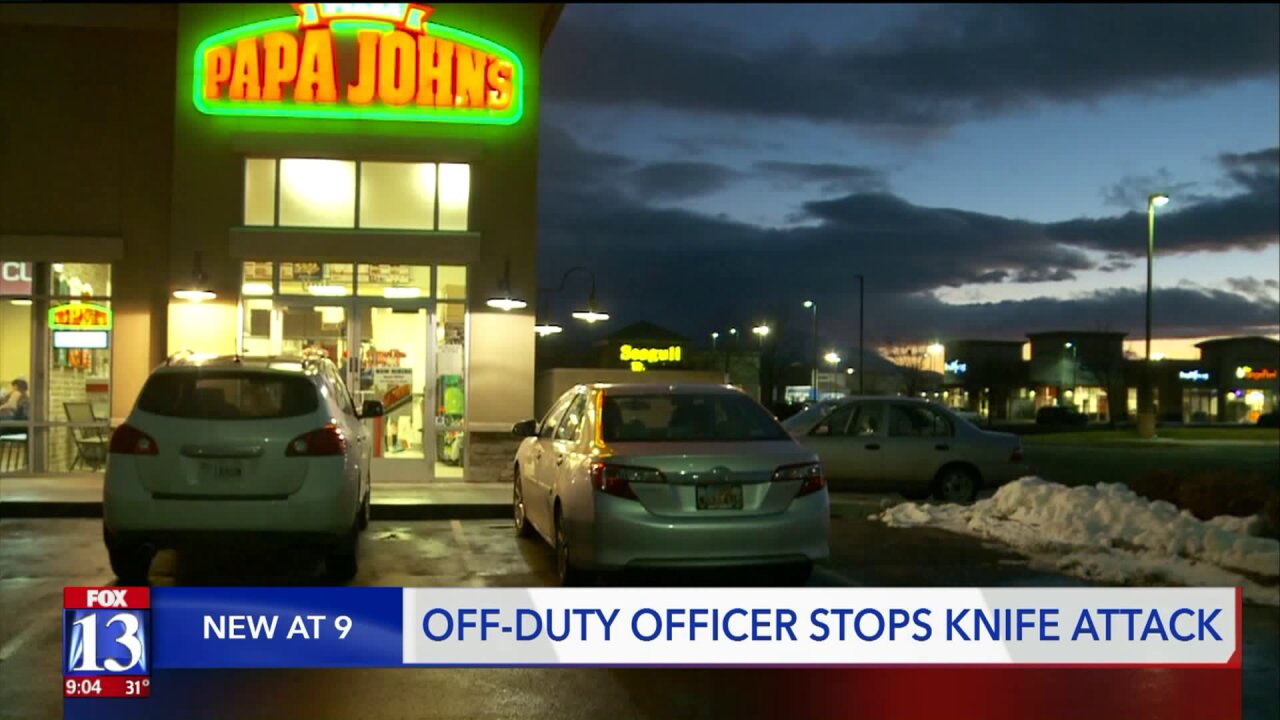 Thankfully, an off-duty police officer happened to be there as well.

The lobby was filled with people when police say 50-year-old Clinton Camp walked into the Papa John’s. The probable cause statement said Camp was "approaching customer’s children and staff in an aggressive and upset manner."

“One of our team members went to go ask him kindly to leave the store and I think that upset him,” Hansen said.

Police said Camp pulled a knife from his pocket and charged at the employee after being asked to leave the property.

That's when Sgt. Preston Haun, who was out getting pizza with his wife Monday night, stepped in.

“Luckily there was a correctional officer that happened to be there and he apprehended him and held him until police arrived,” Hansen said.

But while waiting for police, the probable cause statement said Camp began yelling and swearing at female customers.

“Who knows what would have happened if he got away,” Hansen said. He thanked Haun for his service.

“Thank you so much for being brave and for just having the courage to go and do that for us."