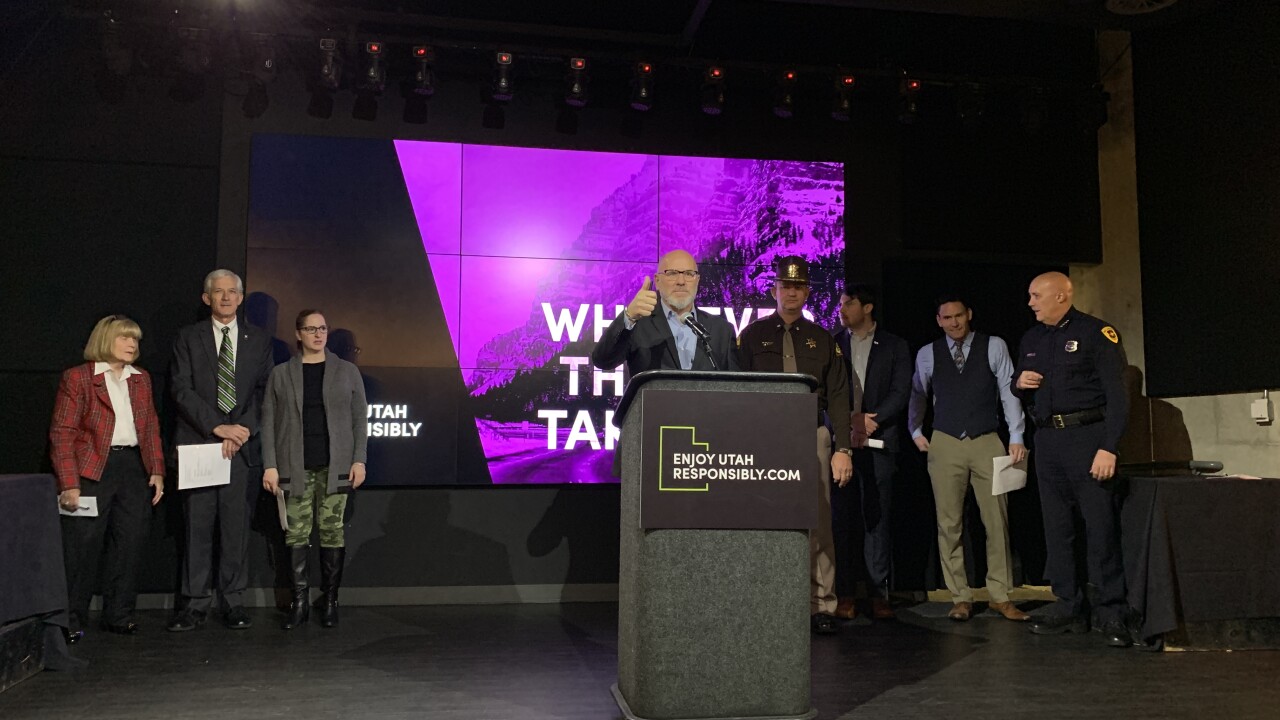 SALT LAKE CITY -- On Dec. 30 at midnight, Utah will have the nation's toughest anti-drunk driving law.

The blood alcohol level will be lowered from .08 to .05. Hospitality and tourism groups are trying to mitigate any negative impacts by pushing a new campaign to remind people they can keep drinking -- just leave the car at home.

"Yes, we have some concern, but Utahns are smart and certainly because you go out socially doesn’t mean you can’t be smart," said Samantha Julian, the deputy director of the Downtown Alliance.

On Wednesday, a coalition of hospitality, tourism, transportation and law enforcement groups launched a campaign called "Enjoy Utah Responsibly." They're educating residents and tourists alike about the .05 law and how to party within its boundaries.

"It gives us the opportunity to remind people they can get a drink. They can enjoy themselves in Utah, but also be responsible about it," said Scott Beck, the CEO of Visit Salt Lake.

Lawmakers have made it clear to hospitality groups that they will not revisit the law that passed last year. Nor is there any appetite to modify it (talks of creating a tiered punishment system went nowhere on Utah's Capitol Hill).

So now everyone is adapting.

The rideshare service Lyft helped push for this coalition. The company could see an increase in business as more people decide to ditch a car if they go out. Lyft said 75% of people that use their service in the Salt Lake City area reported staying out longer and using it to go to a restaurant or bar.

As part of "Enjoy Utah Responsibly," Lyft is offering a $5 rideshare code for anyone who uses their service as .05 takes effect. (A link to that code is here)

The Utah Highway Patrol is also preparing for the new DUI law to take effect. Lt. Colonel Mark Zesiger said troopers will be out in force on New Year's Eve to crack down on drunk driving.

However, he said there would be no special enforcement for .05. What troopers look for when they make a traffic stop is signs of impairment, which could lead to an arrest no matter what a person's blood alcohol level or what they've been ingesting.

"We made the decision that we would continue to do things we have been doing, we would be using the same standardized field sobriety testing," he said. "Our officers have been re-trained in standardized field sobriety testing and we are looking for impairment, whether that be alcohol or drugs. All our our arrests will be based solely on impairment."