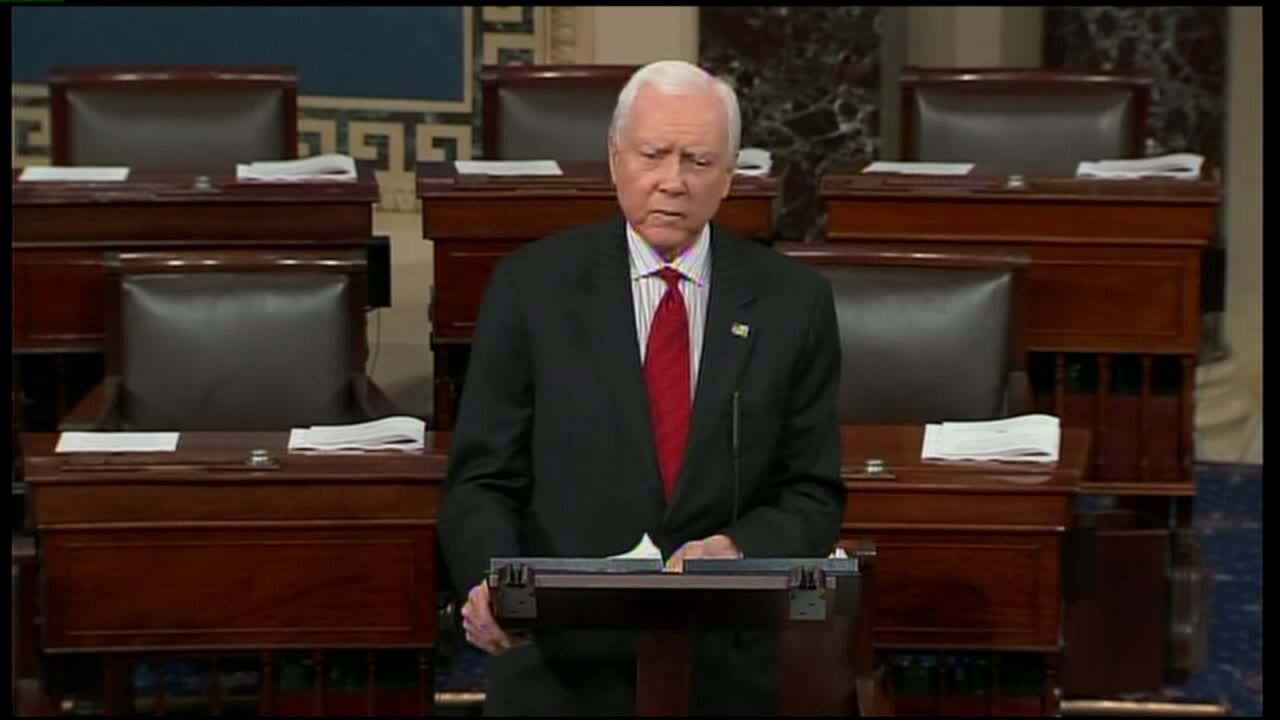 Hatch, Utah’s longest-serving senator, announced earlier this year he would not seek re-election at the end of his current term.

Hatch will depart the Senate in January after serving nearly 42 years in office. Mitt Romney will take his seat after winning the 2018 election.

Romney tweeted this tribute to Hatch after the speech: “In his farewell Senate speech, Senator Hatch charged his colleagues to foster greater mutual respect, pluralism, dignity, comity and unity. His record of legislative accomplishment is unparalleled; his call for greatness is characteristic of this man of vision.”

See the embedded video above for Hatch’s remarks on the Senate floor Wednesday morning.