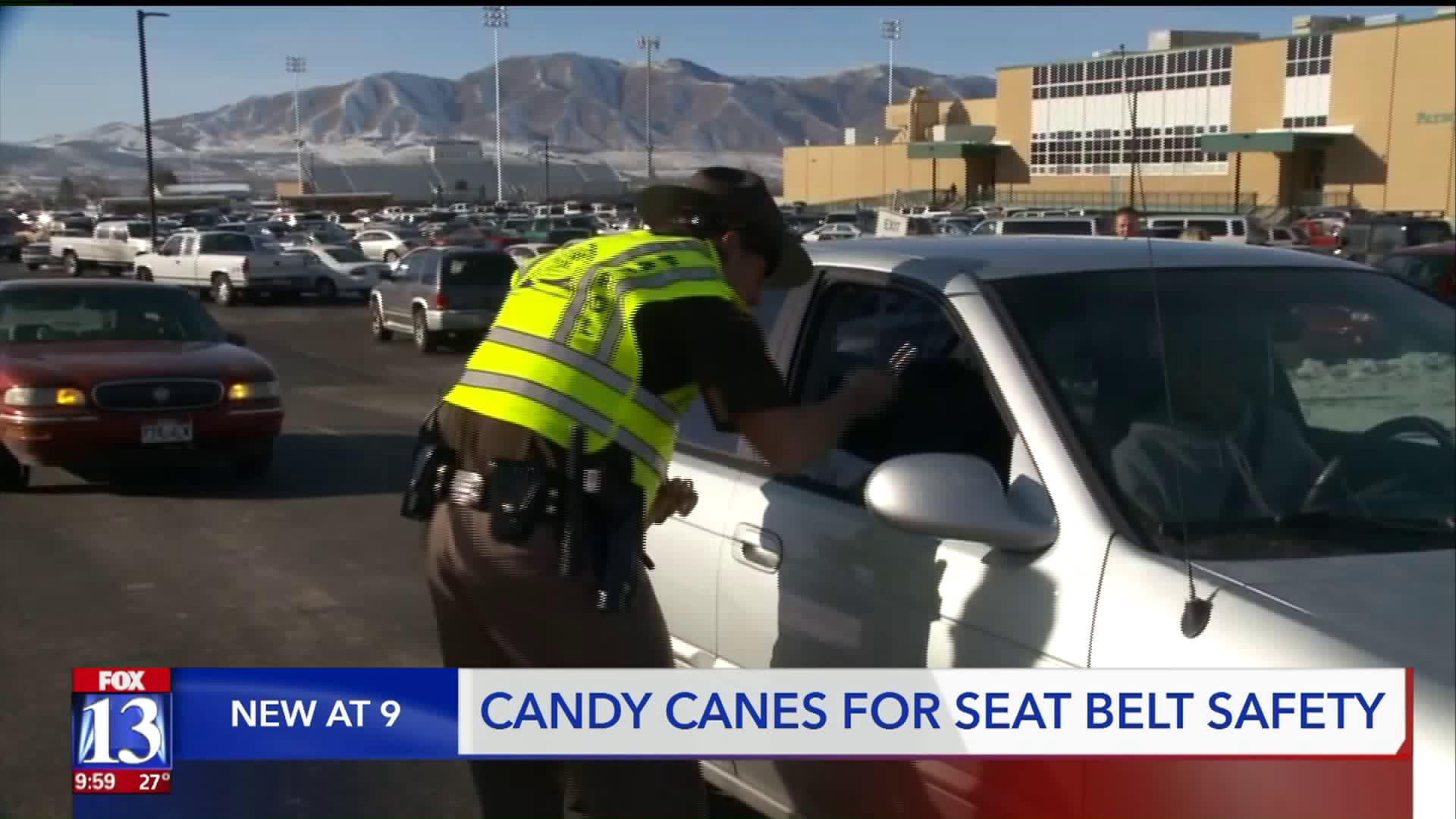 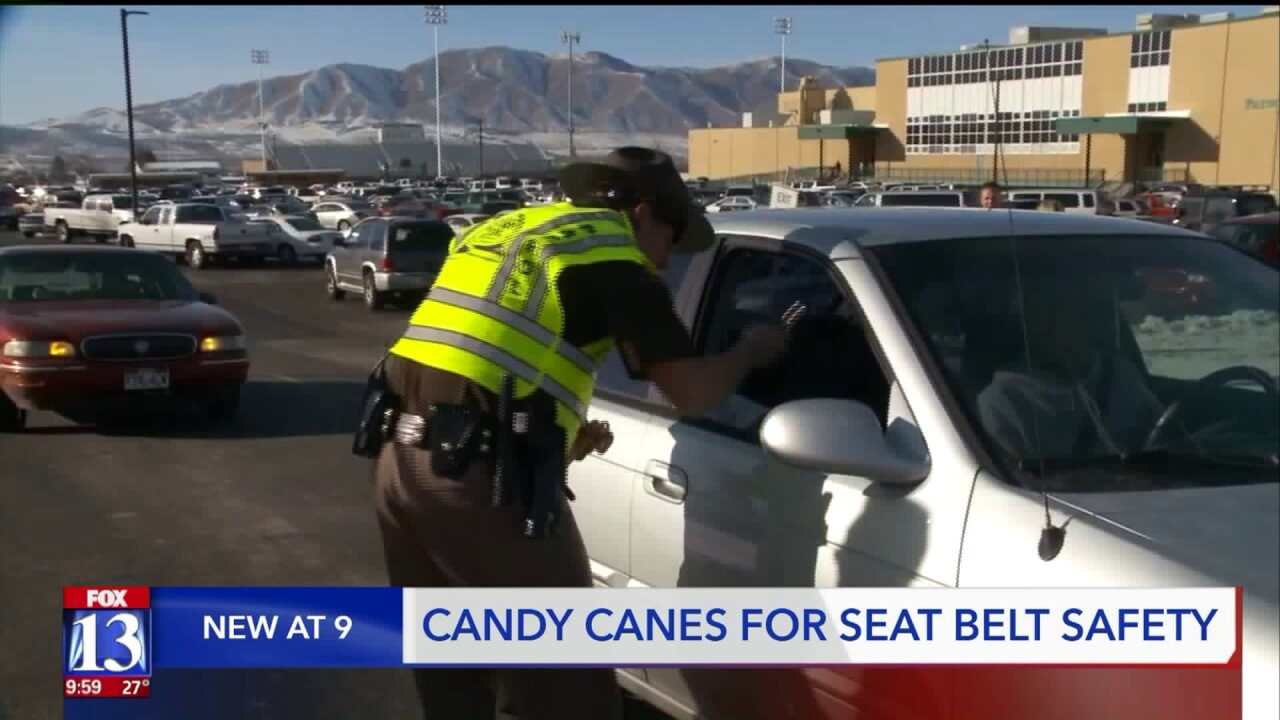 PAYSON, Utah — The Utah Highway Patrol is reminding young drivers of the importance of wearing a seat belt before hitting the road.

Troopers teamed up with the Nebo School District to deliver that message, along with a sweet treat, as students drove home.

As their cars left the parking lot of Payson High School, students were given a candy cane and a message from troopers to remember to buckle up.

“Fatal crashes — the strong majority of them are people that aren’t wearing seat belts,” said Trooper J.D. Tarone as he handed out candy canes.

Members of the school’s student council painted signs and assisted in distributing the candy.

“We want to keep our students safe,” said Bailey Savage, the school’s senior class president. “The roads are pretty dangerous, especially during this time of year.”

UHP hopes this small act helps them achieve their goal of zero fatalities on the state’s roads, because in many instances, seat belts are the difference between life and death.

“We could probably reduce fatal crashes by 75% if everyone was wearing a seat belt,” Trooper Tarone said.