A cache of dynamite and other items found by hikers in Utah’s Strawberry Canyon. Images courtesy Sevier County Sheriff’s Office.

According to the Sevier County Sheriff’s Office, two hikers made the discovery December 14 while hiking in Strawberry Canyon, which is a branch of South Cedar Ridge Canyon—west of Sigurd.

The hikers found clothing, tools, a gun, pots and pans and some aspirin along with the dynamite in an alcove under a cliff.

The hikers saw animals had dug up the cache and went to inspect the items. The hikers located a burlap bag with dynamite and blasting caps, and they also found some smaller sticks that had become crystallized.

“Crystallized or sweating dynamite is volatile and can be unstable so extreme caution should be used when near it, it should not be handled,” the sheriff’s office stated.

The hikers left the area but led a deputy to the cache next day. Authorities ultimately decided to use a helicopter to air-lift the Utah County bomb squad to the scene.

A cache of dynamite and other items found by hikers in Utah’s Strawberry Canyon. Images courtesy Sevier County Sheriff’s Office.

The bomb squad elected to detonate the dynamite in place, partly out of fear there may be more dynamite buried in the location and partly out of a desire not to disturb the volatile crystallized dynamite.

The detonation was completed safely December 16, and the sheriff’s office states they believe there is no further risk at the location.

It is not clear how the dynamite came to be in that location or how long it was there before being found. 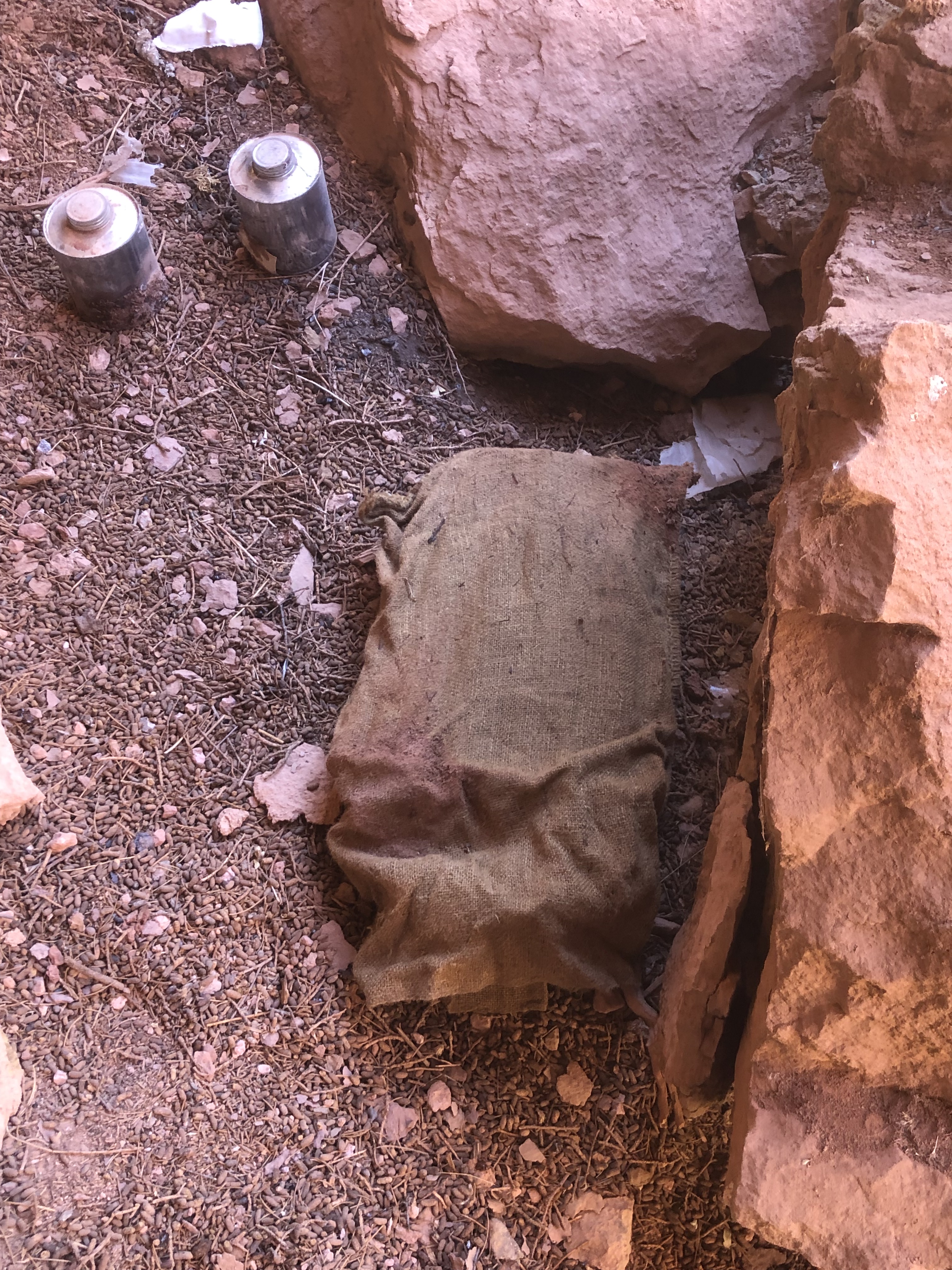