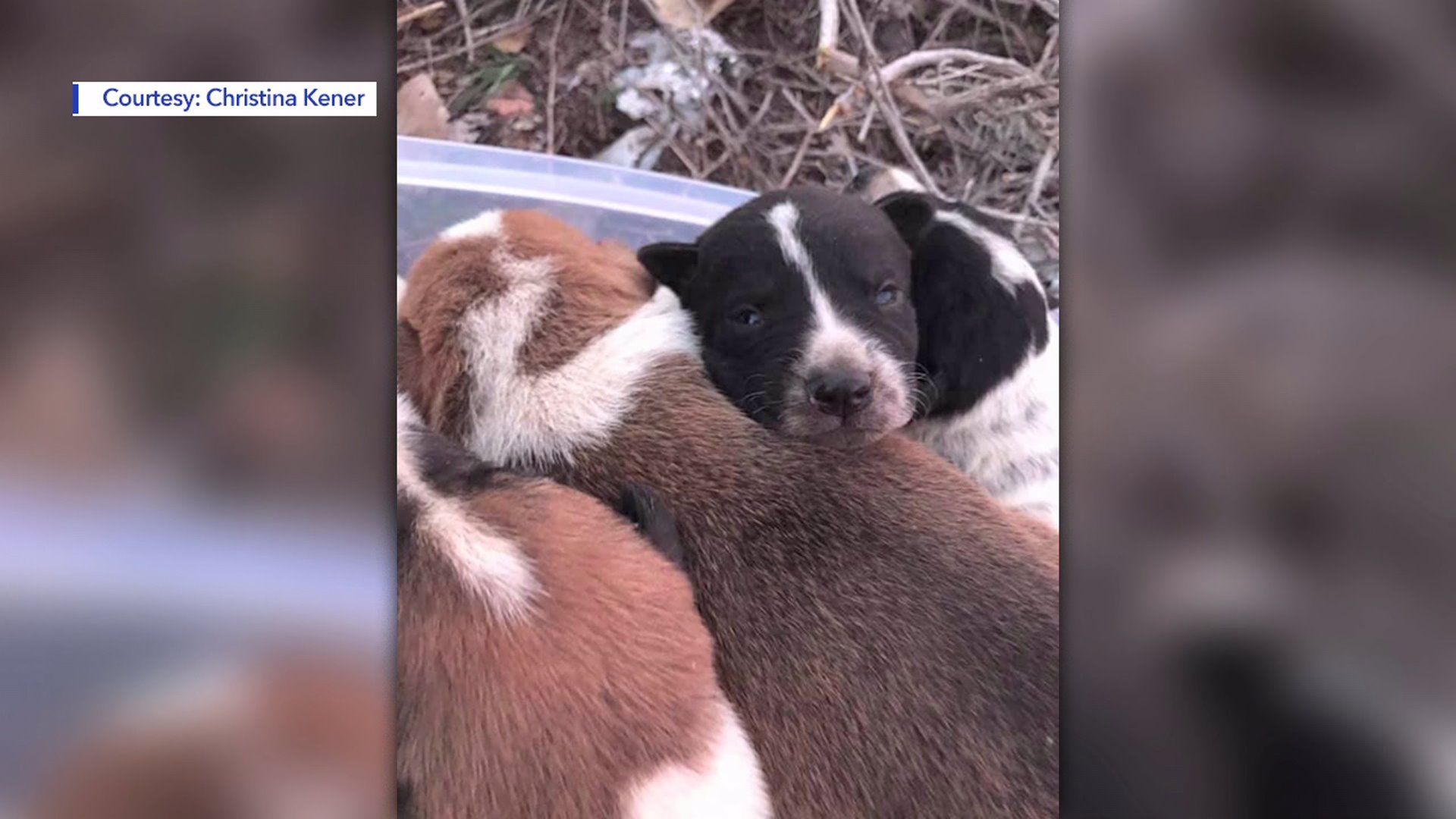 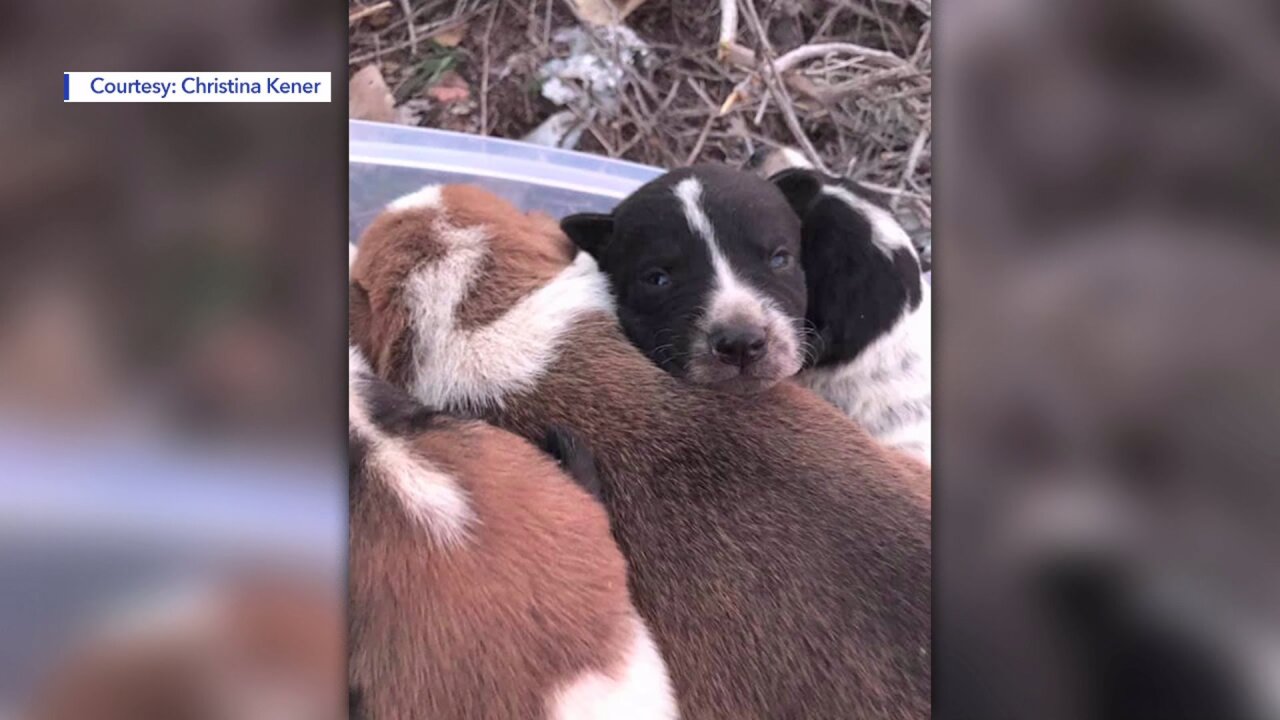 GRANTSVILLE, Utah -- A Utah couple is sharing their story of saving a litter of stray puppies from near the side of a highway, 100 feet down a tunnel.

At Christina and Matt Kener’s Grantsville home, hounds and hairless cats run around the hectic household.

“They're wild,” Christina said with a laugh, as her two dogs zoomed from the kitchen into the living room.

Even with all the pets, earlier this week the animal lovers found room to open their hearts even more, to a brave dog mom and her newborn litter.

The Kener couple explained that on their way down to Arizona for a family holiday trip, they spotted a stray dog outside a gas station in a remote area near Page, Arizona.

“Where did this dog come from?” Christina wondered. “But, nobody knew anything.”

She noticed the female’s milk bags engorged, and knew it probably meant the Blue Heeler had puppies. Christina said the dog led her to a culvert off of the highway, and she could hear cries from inside.

The couple called animal control, and Christina said they told her they’d take care of it. The Kener family took off, thinking the dogs would be rescued.

However, three days later as they stopped at that same gas station on their way back to Utah, Christina said they saw mamma dog still there, scavenging around the parking lot.

“I was kind of like starting to cry,” Christina recounted. “Can't leave those babies there!”

Calls to rescue organizations, animal control and inquiring at nearby businesses went nowhere. She said she was told there was nothing that could be done.

“I was trying to think of any way that the puppies would be okay if left them there,” Christina said. “And, there was just no way.”

Matt and Christina bought supplies from a hardware store, and Matt used his Army background for a unique rescue mission down the tunnel.

“It took me a good half an hour to crawl down that thing,” he said. Matt said the tunnel was dirty, smelly, and filled with spiders crawling all around. Finally, he made it to the end.

“I grabbed them and hightailed it out of there,” he said. Out came a bin of 2-week old Heeler puppies—five boys and one girl.

“He came out of the pipe, and the first thing I did: ‘Oh the puppies!’” Christina recalled. They loaded the pups up and continued their 7-hour, 400-mile drive home.

“For raising six puppies with virtually no food, she's done very, very well,” Dr. Gowans said. The puppies are healthy with little issues. He said the mom has a small infection where she gave birth, as well as tapeworms.

Mamma dog was vaccinated and is now on medicine for parasites, tapeworms and roundworms. The Keners said they’ll continue raising the pups, with plans to adopt them out.

Christina said she'll keep the GoFundMe account updated with adoption information and other updates on the puppies.