While Utahns hope for White Christmas, UDOT prepares its trucks and roadways 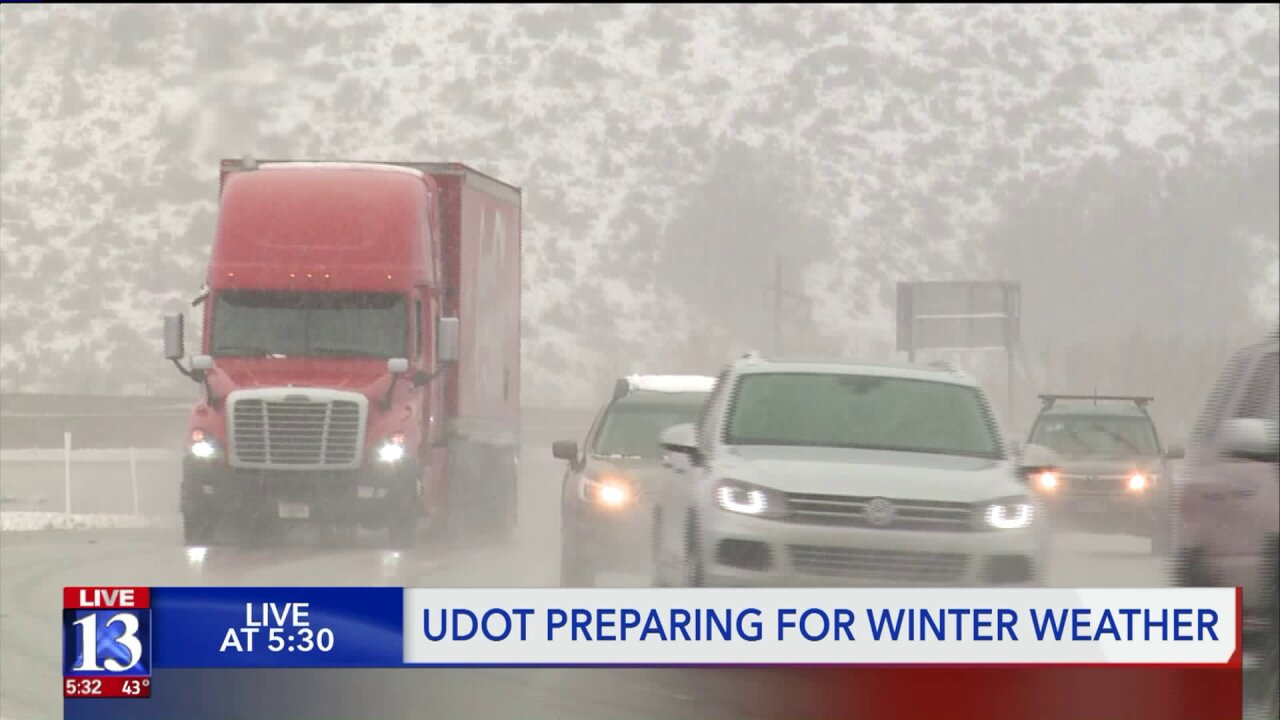 (KSTU) -- AAA says 91 percent of those traveling for the holidays will be taking to the roadways; and with snow in the forecast, UDOT is preparing itself.

"We have meteorologists that are tracking these storms and are in close communication with each one of our sheds so that they know exactly what they can expect," said Zach Whitney, spokesperson for UDOT.

UDOT says they were already hard at work Friday, loading and preparing their lean, mean street clearing machines for the road ahead.

"A lot of the storm crew prep today is in the mountains where we expect to see that accumulation happen first," Whitney said.

A mixture of salt and sand is what UDOT said they spread over the roads during a storm. Officials said it’s not only used to melt the ice and snow but also to provide traction.

"Most of the time when you see us pre-treating the road, it’s a brine solution," said Whitney, "a solution of salt and water, and that’s going to be most effective in preventing snow from accumulating on the roads."

The National Weather Service says over the past nine decades, 54 percent of Christmases have been white in Salt Lake City, and UDOT says they plan on having over 100 crews out that day.

"This Christmas we’re going to have a storm for Christmas Eve and Christmas Day," Whitney said, "and that’s been the case for the past five years, so it’s really a dedication that our employees have to keep those roads clear."

Their best advice for drivers: Slow down and be patient as crews try their best to keep up with the storms.

"If the storm is heavier than about an inch an hour, it’s very difficult for our plows to keep up with accumulation, said Whitney.

UDOT also advises drivers to be prepared. You can find out where plows are and where they have been at udottraffic.utah.gov.